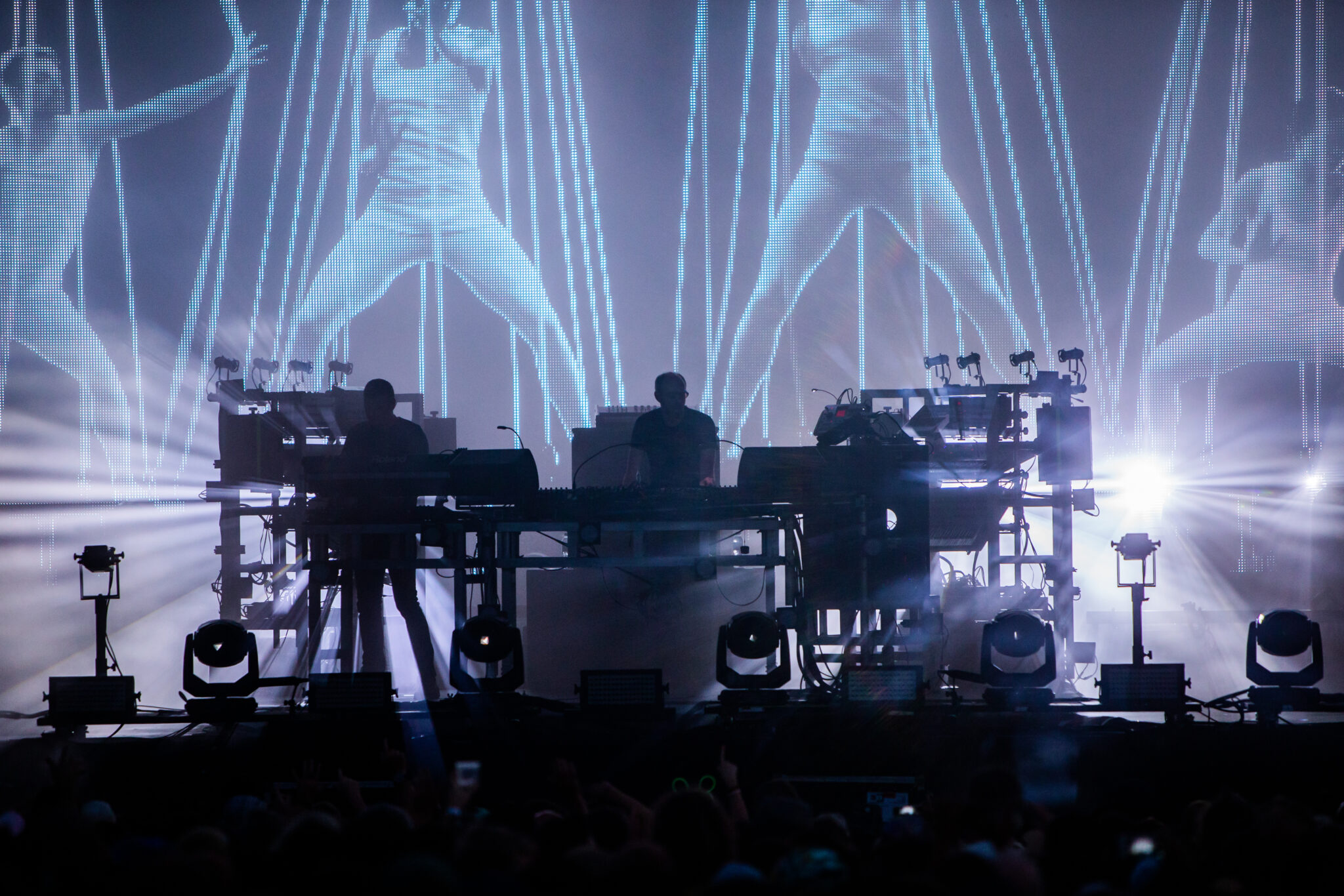 Writer: Nicholas Mai.   Nicholas is a Manchester-based bar/club/restaurant/event DJ, He is a close neighbour of Jodrell Bank and he played several sets at this year’s Bluedot festival. Send him a tweet – @DJNicholasMai 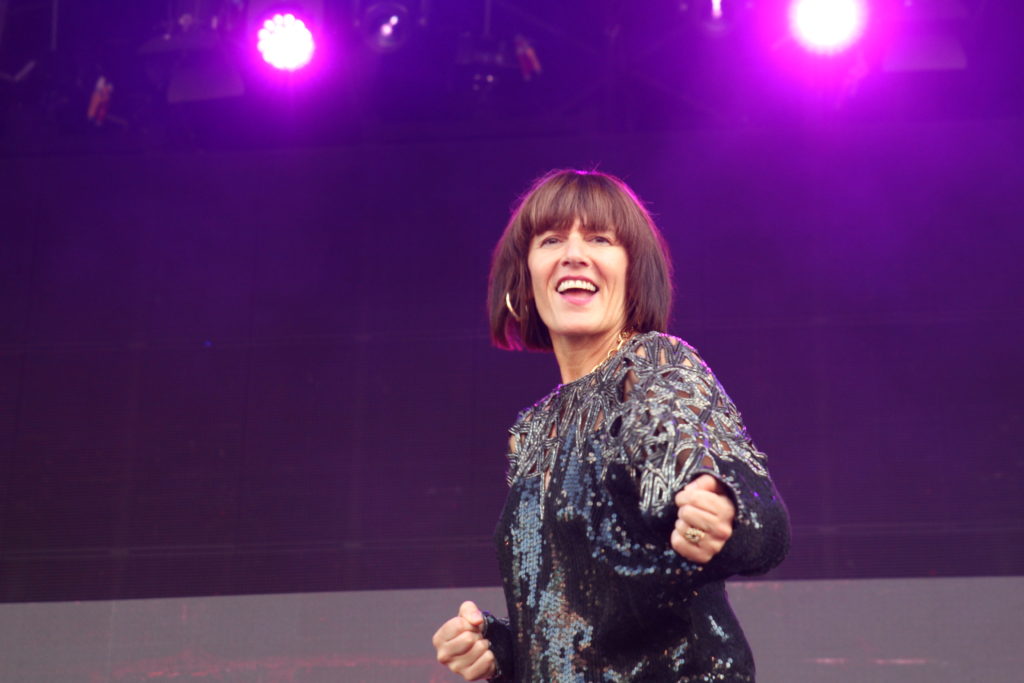 Who needs a glitterball when nature’s own splendour makes an appearance for Crazy P on the main (Lovell) Stage; the sun (finally) burns through the hazy cloud cover early on Sunday evening. Sonically, they prove to be the ideal precursor to The Chemical Brothers who headline later, easing us into 4/4 beats with a sophisticated blend of their NuDisco/Funk productions. Front woman Danielle – today channeling 70’s fashion icon Margo from The Good Life – is cut from similar cloth to Florence Welch or Roisin Murphy; her coolly ethereal voice exudes an ease of power; with a retro edge that lends authenticity to the tight disco-licks and keyboard stabs from the rest of the band. 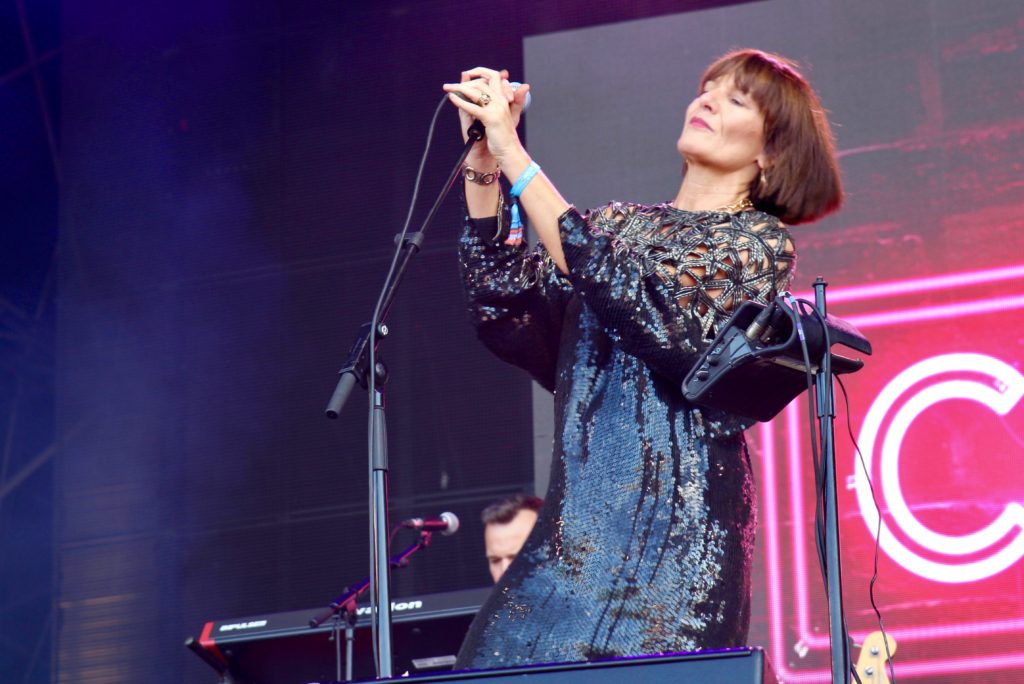 It’s essentially a festival favourites set, including tracks such as Stop Space Return from their album of the same name, plus crowd pleasers Heartbreaker and Eruption which unite the largely family audience for a mass sing and dance along. By the end, it’s a sea of sunglasses and smiles, lending the field a real Balearic vibe in the now blazing late heat.

After previous Bluedot appearances from acts hailed (rightly so) as Godfathers of the electronic/dance scene such as Orbital and Leftfield, alongside The Orb who are still to come later on an outlying stage; Sunday nights final headliner was arguably the Daddy of the bunch. Certainly if the hordes packing out the Lovell Stage were anything to go by.

Similar to these peers, The Chemical Brothers share in their DNA the genetic make up of two blokes on stage twiddling knobs, but my word that oversimplifies their performance, or their show – for that’s what it is. Projections, holograms, skyscraping animatronic robots bookending either side of the stage, lasers so far-reaching you would think they were competing with the Jodrell Bank telescope itself to make contact with a far away constellation, and dry ice – in fact, all the dry ice. After the spectacle of Friday headliners The Flaming Lips, synonymous with the riot of colour and kitsch used in their live appearances, The Chemical Brothers aesthetic was darker in tone, more binary, yet still as immersive – it felt like being zapped through an Ethernet connection directly into a Tron sequel. And amongst the visuals, stand Tom and Ed; bobbing and weaving to their self-monikered ‘chemical’ beats – think post-acid house breakbeats and pounding, squelching bass lines.

Clearly tonight they’ve both located the dial marked ‘11’ as well; the sound is colossal – thunderous enough to force the crowd to move and, possibly, the very ground itself. They fly through the hits, Block Rockin’ Beats, Hey Boy Hey Girl, Do It Again, Leave Home, a live remix/mashup of Star Guitar with New Order’s Temptation giving a nod to a local influence on the band – they both studied at Manchester University – all played with an on-the-fly live remixing element that shows their skills as producers as well as performers.

By the closing Moroccan-influenced Galvanize, the audience are in complete sensory submission and fittingly, almost 30 years to the day since the so-called Second Summer Of Love, this field in the heart of rural Cheshire assumes the euphoric, carefree air of collective abandonment of those early, illicit and magnificent outdoor raves. The only trick missed was not selling glow sticks in the prosecco tent. 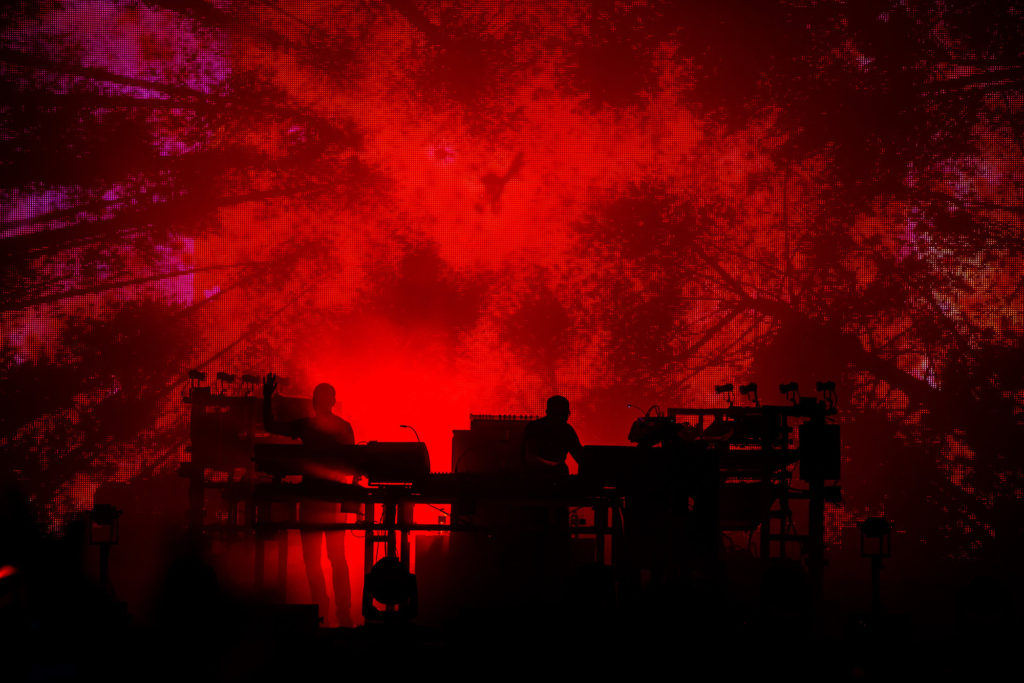