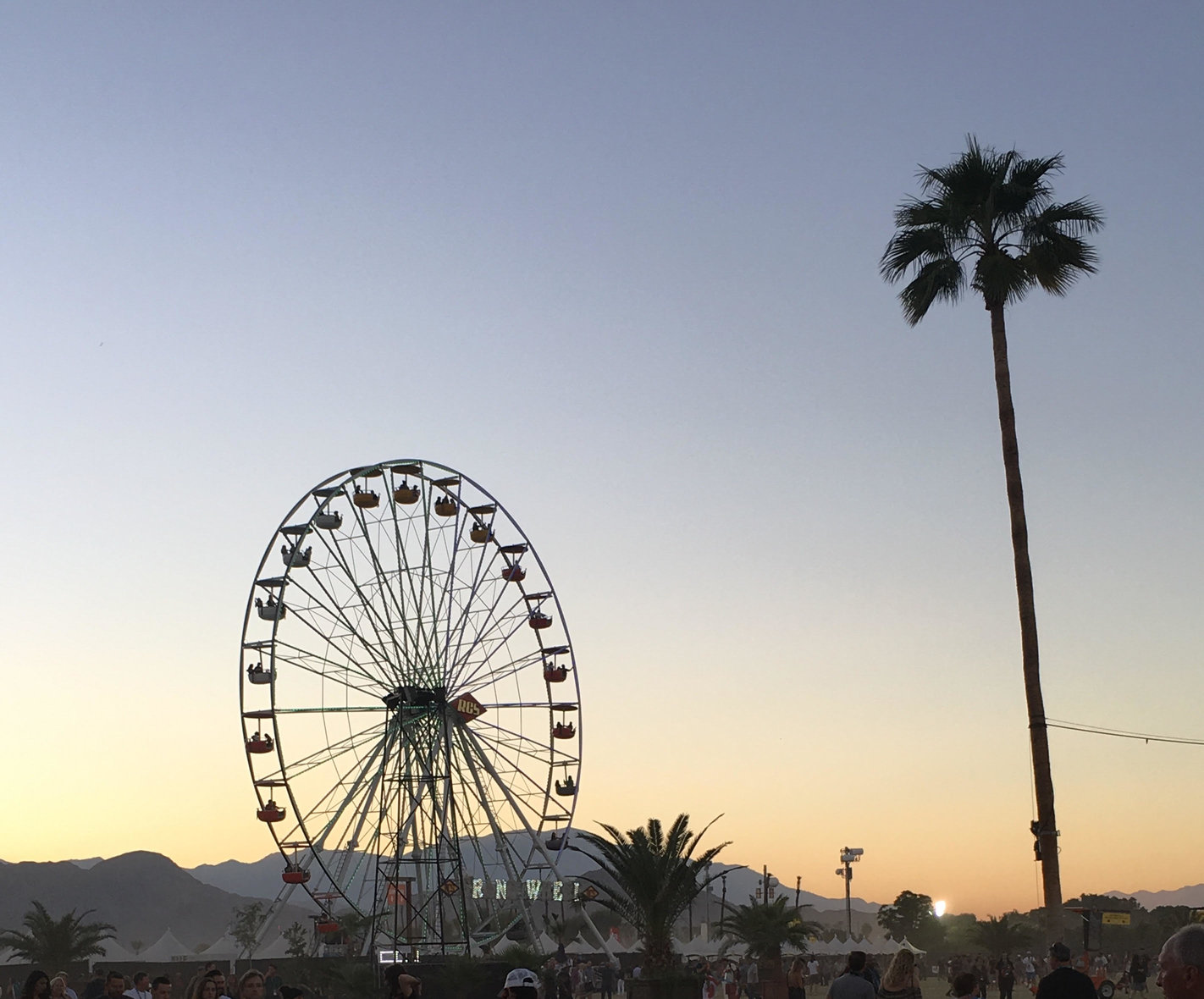 Desert Trip festival: some of the heavyweights from my teens in one palm-tree-fringed, sun-soaked paradise. Normally I steer clear of this type of mega-concert, but nevertheless this sounded somewhat appealing. I reminded myself that I’d rather hang out at a UK festival, hearing younger, more relevant music in a friendly atmosphere, all the while imbibing abundant quantities of alcohol and sleeping in a damp tent. Oh yes, I can’t afford it either.

Nevertheless I was a bit thrown when my brother told me he was forsaking the cold of Manchester and flying out to California to attend the second Desert Trip ‘Oldchella’ weekend.

Desert Trip (according to Jagger “catch em before they croak”)

When the film comes out, it’ll be like Woodstock, to say ” I was there”.

The line up of the bands needs no comment. The fact that these guys have survived and can perform at this level is a testimony to modern medicine (yoga, vegan diets, AA programmes…)

Here a test for you. Next time you are at a concert, tape one minute. On playback you will hear a fair reproduction of what was played, not what you heard. That’s why playbacks are always so disappointing. I am so fed up of going to the MEN / O2 arenas where the bands blast out the music and it resonates around the arena, your ear and brain combine to just about enjoy the sound. You need the paired back acoustic sets to really enjoy quality. At Desert Trip, the sound is absolutely right. The playback on an iPhone is almost studio quality. That’s an important start.

Comparisons with the UK for an English writer are inevitable. The organisation is classic US approach, the customer is king. The search clearance staff joke but take their jobs seriously –  they are tough with you if you step out of line ( zero tolerance ) but charming and welcoming.

Sadly the food and drink fail. At $11 for a can of beer and up to $28 for a glass of poor wine, there is no concern that there’ll be drunk and disorderly behaviour here. The food is one up from fast food, but sadly the artisan/ farmer market approach of the better UK festivals has not been imported. I guess this may be down to US obsession with health and safety and litigation. But that would be a poor excuse. 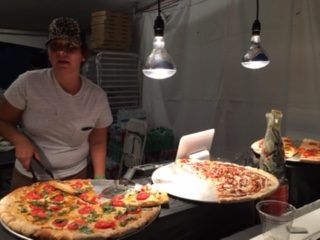 The crowd is , unsurprisingly , made up 50% by the rock and roll generation, 50% their  children, where they understand the spirit of the blues or where we have managed to broaden their music taste to embrace the magical times we experienced in our youth. 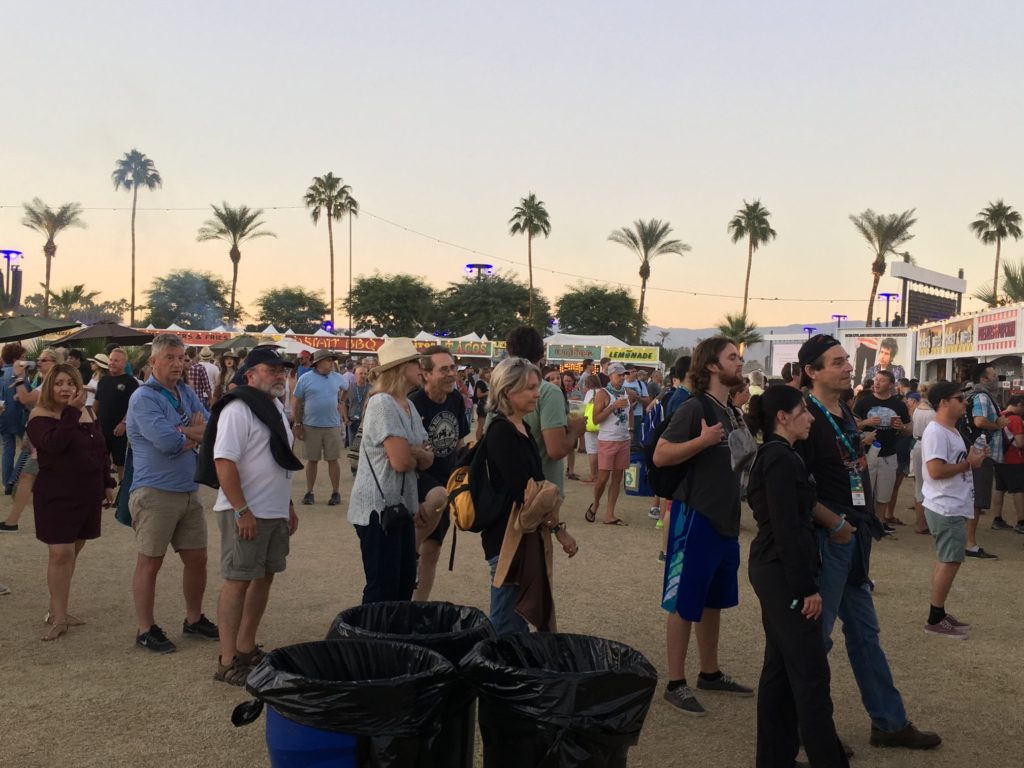 And so to the music. Our noble poet laureate (who, Jagger and Richards individually acknowledged and congratulated ) performed the songs the audience wanted to hear. Rainy Day Women, Don’t Think Twice it’s All Right, and Highway 61 was as good a selection to start as you could have wished for. The huge screens behind the stage showed the band on either side and, in the middle, iconic classic stylised historical photography of 20th century America, all black and white. Yes, Dylan croaks a lot but his voice is always true.

When Dylan sings Make You Feel my Love, in dreadful modern speak, he 100% nails it. For an encore the inevitable Like a Rolling Stone – shame they didn’t join him on stage for this and one from the American songbook so poignant after the Nobel Prize. As usual, Dylan does not talk to the audience. That’s ok, his music is enough of a communication for every one. My festival companion, not a big Dylan fan, was knocked out.

Even the announcer appears over-excited to introduce the Stones. Jumping Jack transfers his energy to the crowd and we are off. Keef plays with the chords in an enchanting manner to provide variation and maturity to the classics, Get Off my Cloud. A pleasant surprise is Angie which has been sidelined in recent shows. Jagger leaves the stage, allowing Keith and Ronnie to demonstrate their guitar harmony in You got the Silver. When Jagger returns the obligatory Midnight Rambler ( let’s have a 30-minute version next time please Mick). Sympathy for the Devil has the crowd “woo- wooing” from the first note. The girlie chorus by Sasha Allen complements Jagger to perfection.

Note: this report is biased. I am 20 rows from the front. I have spoken to someone who is 200 metres away. They are too far away and will not be bothering turning up again. 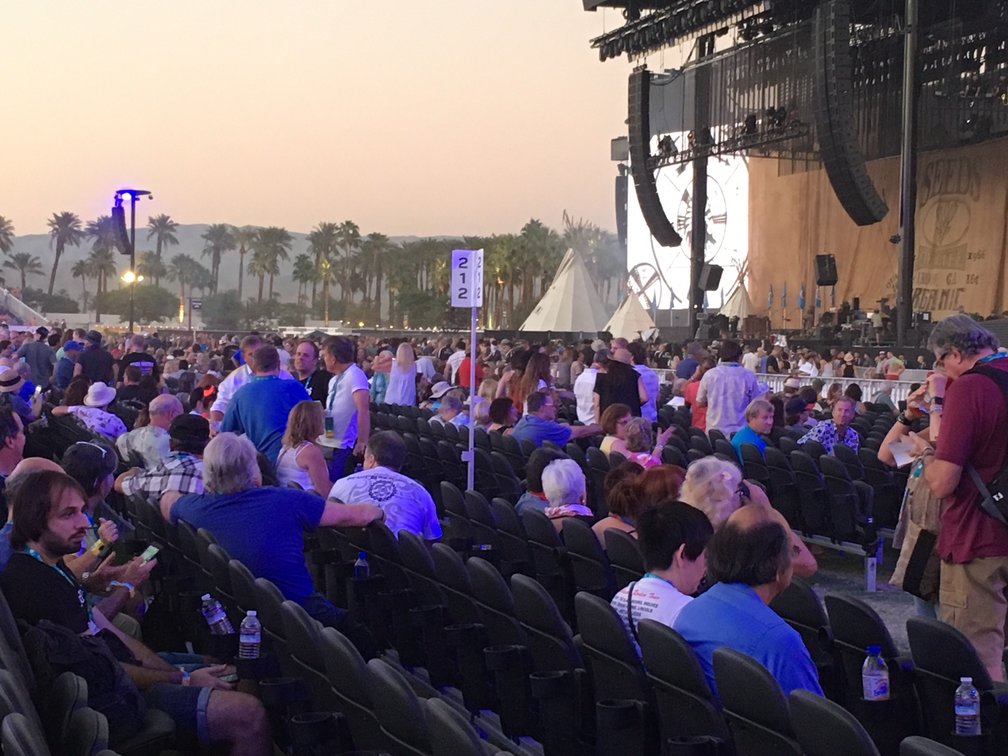 The choice for encore is the standard, iconic You can’t always get what you Want followed by Satisfaction.

Neil Young never looked particularly healthy, and now he’s a bit older, even less so. But his voice is still the beautiful American dream. Starting, as all the artists have been made to do, on time, half the audience are not there to see acoustic versions of the trio, After the gold rush, Old Man, and Heart of Gold.  That’s was your money’s worth, the rest is a bonus.

The band join onstage as the numbers become more rock and roll. The camera too has the chance to capture the full moon for Harvest Moon. Like a Hurricane and Rocking in the free World receive the standing ovations they merit, the band enjoying themselves every bit as much as their audience. Cowgirl in the Sand satisfies all the lead guitarists’ fantasies. 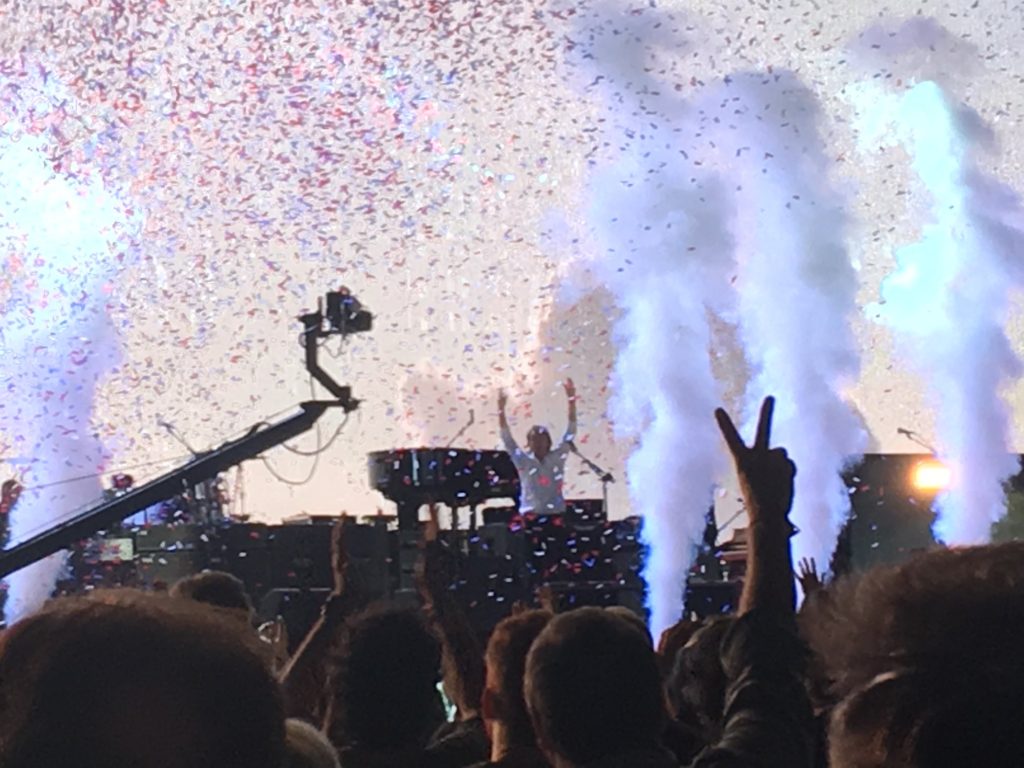 A plane flies overhead advertising the next event. Golden Voice are the cleverest promoters in the world. My companion’s main attention was focused on the gorgeous guy on guitar and organ. She told me she enjoyed the show. High praise indeed.

Nothing beats a Beatle was the Manchester Evening News headline some 10 years ago when I first saw McCartney. Close your eyes and it is, at times, The Beatles . Yes, I know Lennon fans will castigate me for such a comment, but this is as close as possible.

Hard Day’s Night, Day Tripper are perfect starters. All the main McCartney lead vocal numbers from The Beatles are covered. A nice touch is a song written for his latest wife and then Paul makes reference to Linda and their beautiful children who are in the audience (don’t think he would have got away with this with Heather )

Acoustic versions of And I love Her and Bluebird are, for me, the best. Interspersed are Wings numbers, with Band on the Run showing the wonderful footage around the 10 people on the album photo – how many can you name ? 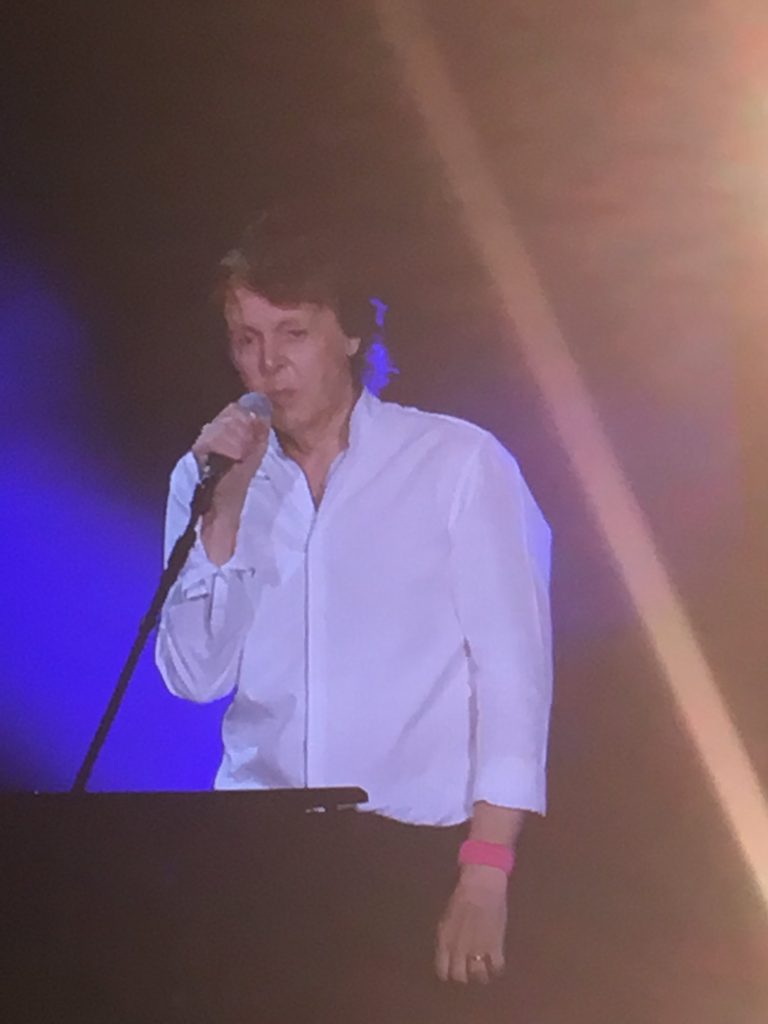 My companion’s highlight is Rihanna joining McCartney on stage for Four Five Seconds. It was special, as was Neil Young joining for A Day in the Life. My companion spent too much time on her iPhone and told me how much better The Stones were. She is difficult to please, next time I’ll bring someone else.