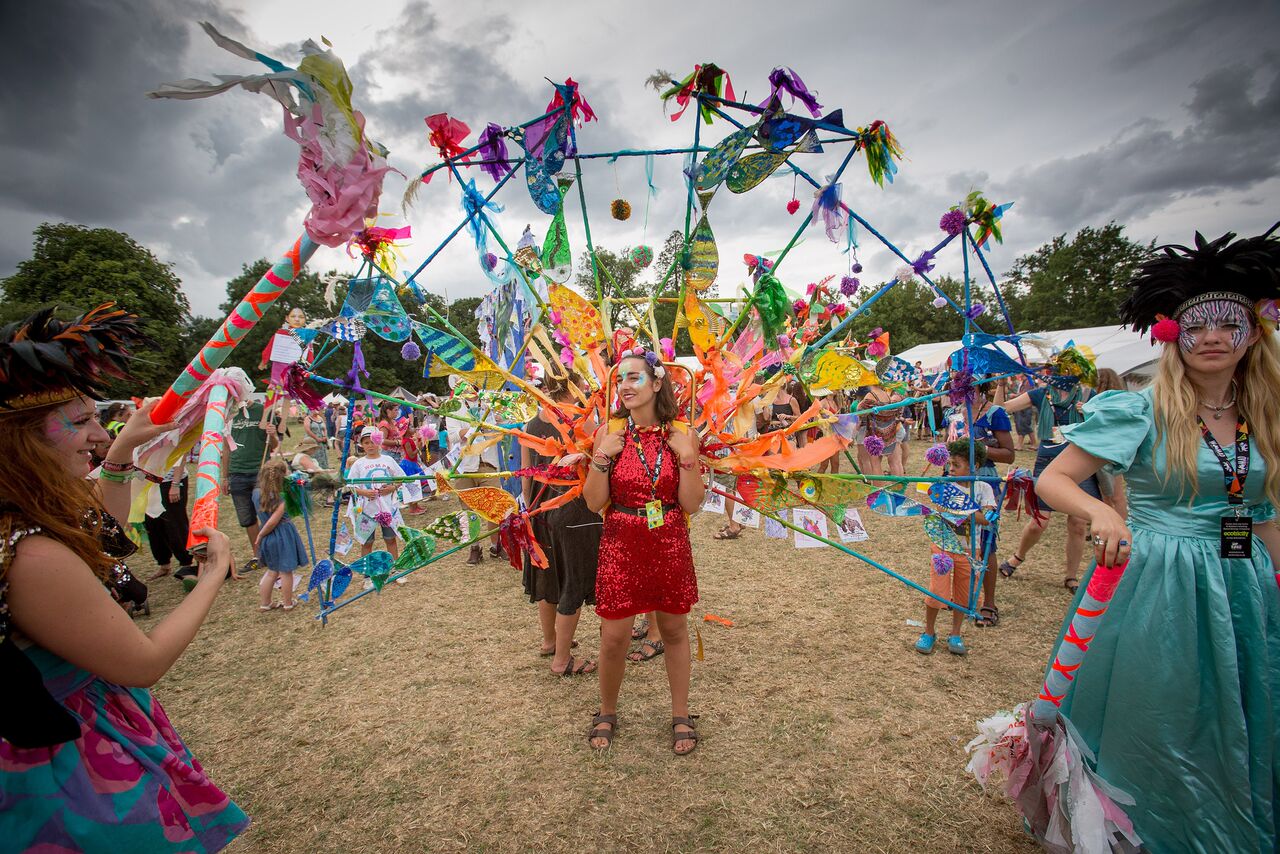 If you’re a festival fan, by now you’re dreaming of a green field, banners waving in the breeze, the sound of a band on the main stage… yes, festival season is nearly upon us again, and here is my Ultimate Festival Guide. Most have been personally tried and tested, some on a yearly basis – plus there’s a couple of new ones I have my eye on.

As ever, I’m keen to find festivals that have a good balance of ages (child friendly, without being completely overrun), preferably have a dance tent, and have quiet camping so you can get a vaguely decent kip.

More festivals are adopting the Tier structure to encourage you to to book early and some are already on the final tier. Yikes, better get a move on. Here’s my festival calendar from May through to September… 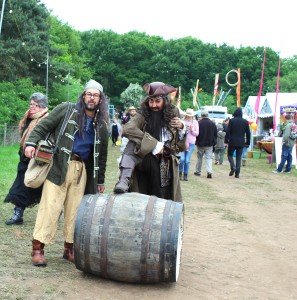 Back in time before the hipster beard was yet to be invented, there was a festival in a field in Derbyshire called Bearded Theory, where fake beards and fancy dress were encouraged, and bands cohabited happily with a psytrance dance tent. Bearded Theory is a great festival season opener and this will be my fourth. Year after year it plays host to a series of seasoned rockers with a few specials pulled out of the Bearded Theory hat. Another BT pleasure is Magical Sounds, the psytrance/folk leaning global music tent. You can’t get friendlier than the Bearded Theory crowd and it’s all for a measly £97. 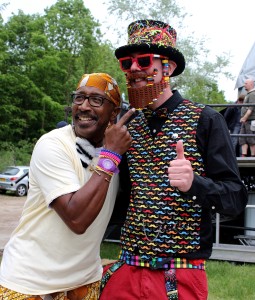 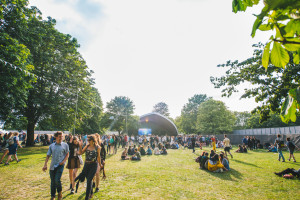 Field Day is the two-day event set in Victoria Park, east London. The sheer amount of music this festival packs in is a lot to get your head around. Make sure you’re hungry too, as Field Day is going all out on great food this year, plus there are craft beer tents too as well as a main bar. 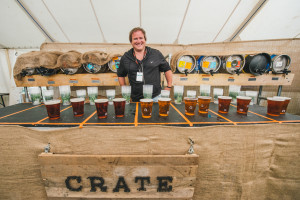 When it comes to curation, Field Day consistently manages to get it right, offering two days crazily stuffed with an impeccable lineup of coveted headliners and plenty of up and coming acts. This year features the likes of PJ Harvey, Beach House, Blossoms, Goat, Sleaford Mods, Thurston Moor. Day tickets (sat £54.50, Sun £49.50) and weekends (£94) available.

Imagine a festival with a choice of stages, food stalls, the obligatory clothes and jewellery stalls plus a clairvoyant or two, a decent-ish bar, spotless portaloos with no queues… ok no camping, but then you can’t have everything. It’s only £8 for the weekend too. Ealing Blues Festival is held in Walpole Park, a stone’s throw from Ealing Studios. This year features: Mack, Ben Waters, Tommy Allen & Trafficker and Mark Harrison. Costs £5 for the day, £8 for the weekend.

It’s the world music festival’s tenth anniversary, so there’s plenty being organised over at Womad towers. Over the years, Womad (pictured, top) has grown from being a global music festival to one that celebrates a more expansive view of a country’s culture. Take the food angle – there’s the Taste the World stage, luxurious banquets and even cookery classes. On the international lineup are George Clinton Parliament Funkadelic, Sidestepper, and Afriquoi, a dancey London five-piece.

Also Pat Thomas who brings his Afrobeat sounds with the Kwashibu Area Band, and French-Lebanese trumpeter Ibrahim Maalouf. Womad attracts people of all ages, you’ll often see families attending, with grandparents enjoying music with their grandchildren. For those looking for comfort, there are posh loos (Lah di Dah Loos), and a brilliant spa which means you don’t have to go home feeling like a wreck. Adult weekend tickets £175. 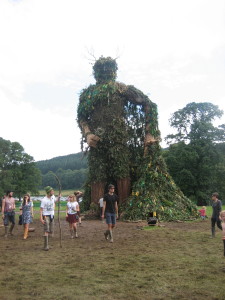 Going to Green Man feels like a real holiday. It’s tucked away in a beautiful part of the Brecon Beacons and you can camp on site for a week. Green Man is a bit zeitgeisty: the curators have the knack for spotting up-and-coming acts mixed with a few headliners. The main stage is set against a backdrop of mountains and it’s one of the most beautiful of all the festival sites. For some gentler sounds, head to the Walled Garden for a small party atmosphere. Einstein’s Garden is the children’s area, which takes up a substantial area of the site. Hot stuff on the lineup: Unknown Mortal Orchestra, Floating Points, Fat White Family, Meilyr Jones and Songhoy Blues. Green Man tickets are on the third tier at £175.

This little festival hits the big time for its tenth year celebrations with a cool lineup. Watchet Festival has three live stages which host more than 60 live acts, and this year sees on stage Peter Hook and The Light, The Feeling, the original UB40, Gaz Brookfield and festival faves Dreadzone (below). Watchet Live is a not-for-profit family-friendly festival, and you have to jump on tickets for this one as it sells out fast. Watchet tickets are £72.50 for the weekend, including camping. Seriously. 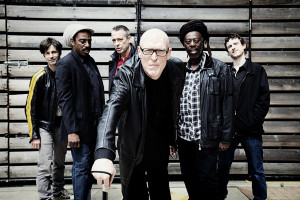 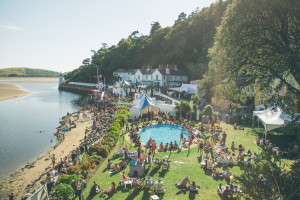 After attending Festival No 6 in 2014, I was smitten. It’s partly the setting: the estuary with the Italian-style village of Portmeirion. Drift from your tent (or glamping arrangement including the hotel and its cottages dotted round the village) to the main stage area with sea and mountain views. In Portmeirion village you’ll find talks, choirs, cafes, and all manner of pop-up events. By the shore is the hotel terrace where revellers sip champagne overlooking the bay. Look out for the hidden path through the woods which leads to an F6 piece de resistance – a dance stage on the water where DJs pump out dance music day and night. 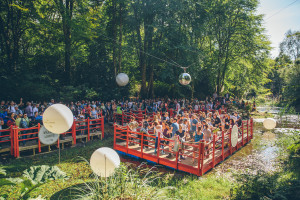 Already on the final tier 4 tickets, End of the Road at Larmer Tree Gardens is a true music-lovers festival, known for its curation and full-length sets – they often manage to bag elusive artists too. Joanna Newsom, Animal Collective, Bat for Lashes, Steve Mason, Devendra Banhart and more are on the line up for 2016. I love the smaller Into the Woods stage, where peacocks wander out between sets. Keep your eye out for pop-up sets in the pirate ship in the woods too. End of the Road tickets, £175.

This new festival presents a great weekend’s entertainment as a last blast of summer, or if you’re still feeling a bit ‘under festivalled’ as a friend of mine put it. It’s a real family friendly occasion, so the parents can dance to Hot Chip, James and Belle & Sebastian while there’s lots for kids too such as Puffin Books World of Stories. On Blackheath, tickets are £102.92 incl fees for the weekend.

Shrewsbury Folk Festival 26 – 29 August: has a good lineup, plenty of ceilidh and children’s events, and can bus you into Shrewsbury town as well.

Truck Festival 15 – 17 July : the little Oxfordshire festival with the big lineup, and only £90.50 for weekend tickets