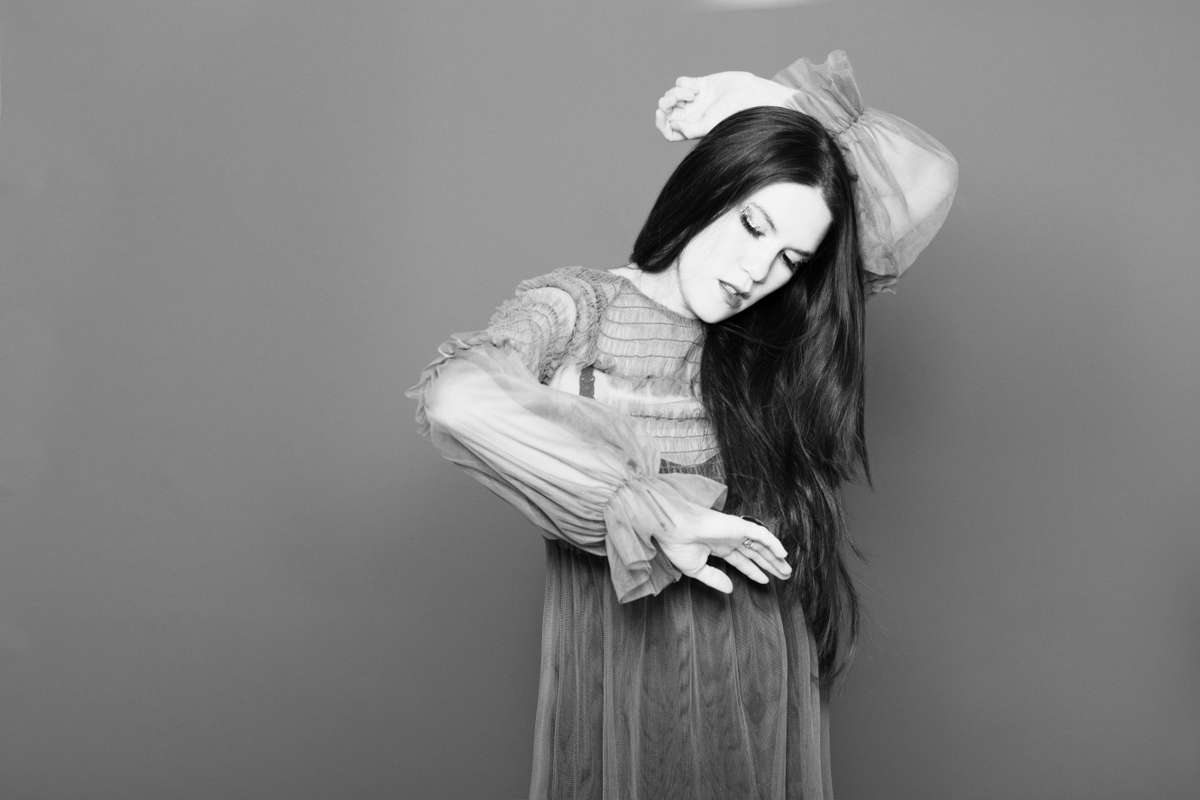 Phildel is back. Having taken time out to move to Brighton and raise a young family, the compelling and mystical vocalist and composer has been nevertheless working away behind the scenes. She has an upcoming gig at the Purcell Room on March 20 and will play songs from her new album Wave Your Flags. She made an appearance at the Apple Store in Covent Garden on Friday 8th March at 5.30pm, where she held a Music Lab and performed a live set.

Her first album was released in 2013; called The Disappearance of the Girl, Phildel used her songwriting talents to explore her childhood years when her mother’s new partner banned music from the house. For Phildel, to have her most important form of expression cruelly ripped from her was akin to torture. Freed from those constraints, the album is a revisitation to those times but also a celebration of her ability to move forward – and to create something positive out of such a bleak time. It’s a sensitive and beautiful piece of work. Phildel’s music has also been used by Apple and features in other advertisements.

Phildel’s new album Wave Your Flags is released on March 22. Two singles are out from the album, The Deep and Electric Heights.

Phildel’s live performances are also visually captivating. She played the Purcell Room on March 20th and will hopefully be playing again over the summer. Watch this space…