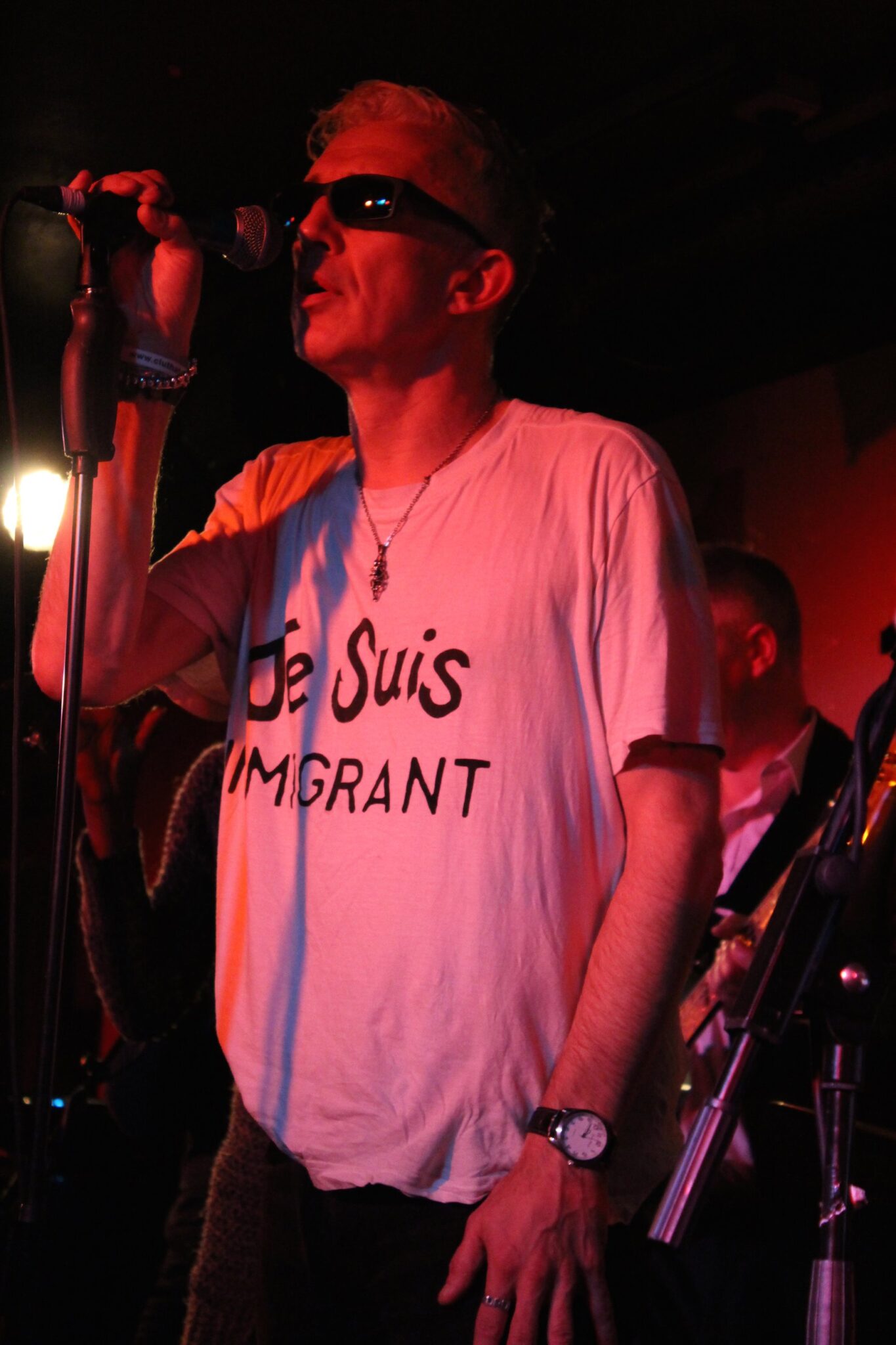 Minesweeping is Larry Love’s new album, co-written with Brendan O’Connell. How unusual of Love to dedicate an album to the practice of mine removal, I thought (and the album does contain many seafaring references). Inevitably Google led me to the more commonplace use of the word (not sure how I got to my age without knowing this). Ah, now we’re on more familiar Larry Love territory.

This album by O’Connell and Love is a second-time round departure for Larry, who is more familiar with his down-and-dirty acid house country folk Alabama 3 persona. His first solo album was Ghost Flight in 2006. Minesweeping is a collection of gentle-sounding country /Americana numbers, comprising some lush ballads to sing along to, but lyrically, there’s a sting in their tail.

Love, O’Connell and band held their launch party at the 100 Club last week, after the album’s release 0n 6th July 2015, and true to Alabama 3 form, it had the feel of a big celebratory party. 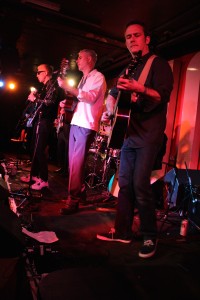 The album’s first track is the opener, the lament Like a Wave Breaks on a Rock which gives a flavour of what we’re going to expect tonight. It’s a perfect opener, a portentous tale which allows Larry’s unmistakeable whisky-soaked baritone to be appreciated at its world-weary, raspy best.

Next is Call a Cab, Cinderella followed by It was the Sweetest Thing, one song which lacks the power and grit of the other numbers. For the next number, A3 member Aurora Dawn joins the band on stage to harmonise on Goodbye, Blue Sky. There’s no getting away from Aurora’s powerful stage presence, but tonight she takes a low-key approach, letting O’Connell & Love take their places as the stars of the evening.

This album may have taken a reported seven years to write, but it’s a cohesive body of work: songs which wrap you in a cosy country blanket to sway along to, lyrics learnt on first hearing, choruses to sing as the evening descends into – well – minesweeping time.

Love is Like a Rolling Stone is one of the most catchy numbers on the album, and its followed by Where Silence Meets the Sea. Aurora is called back onto the stage for the show’s closing number, Hangover Me. The recorded version features Pete Docherty, who isn’t present tonight, but the song certainly isn’t lacking without him.

This is a solid album, made more interesting by its range of guest vocalists. Hangover Me features vocal sparring with Rumer, which recalls shades of Kirsty MacColl and Shane McGowan’s Fairytale of New York. Come on Boy bears the hallmarks of a latter Leonard Cohen track – the vocals crooned over piano and the female chorus with a gospel feel. Now that I’m familiar with Minesweeping, its the track Uncertain Harbour which has become the most intriguing.