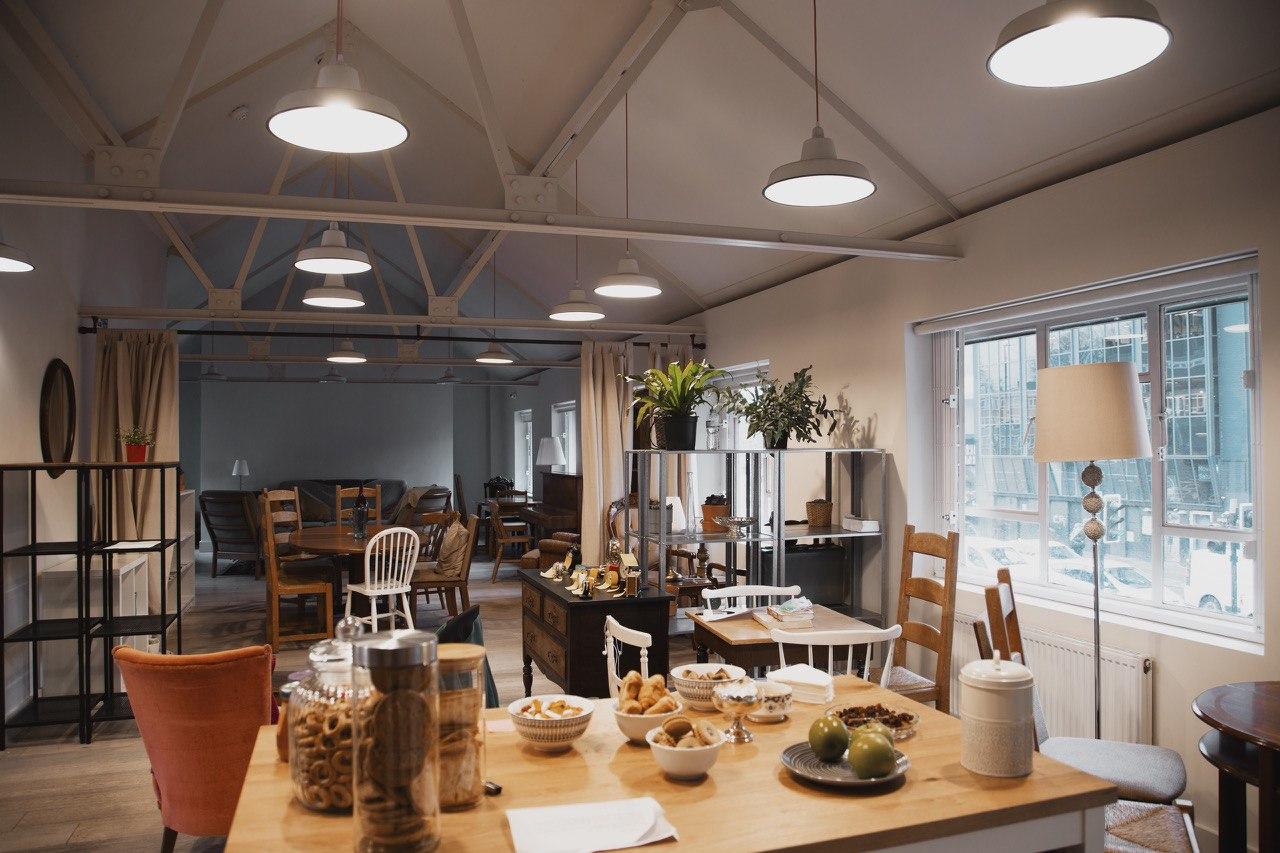 I was so captivated by the Ziberblat (Manchester) concept in 2015 that I wrote about it and recommended it here. And I haven’t wavered in my enthusiasm for the pay-per-minute cafe since.

The London Ziferblat has also been a popular hangout, for coffee, cake, meeting friends, working, playing boardgames or whatever you like really. It’s just the sort of environment you need to find in a city centre, cozy, welcoming and casual.

Ziferblat calls itself a ‘home away from home’. and that’s a good way to describe it, it’s more like a social club. You pay for your time, not for the coffee or cakes that you consume (although you can have as much of any of those that you want).

Ziferblat in London has now, after five years, expanded and there’s an even bigger space. They also run an event program of concerts, cultural initiatives, parties, film nights, games, dances, etc, so make sure you check that out too.