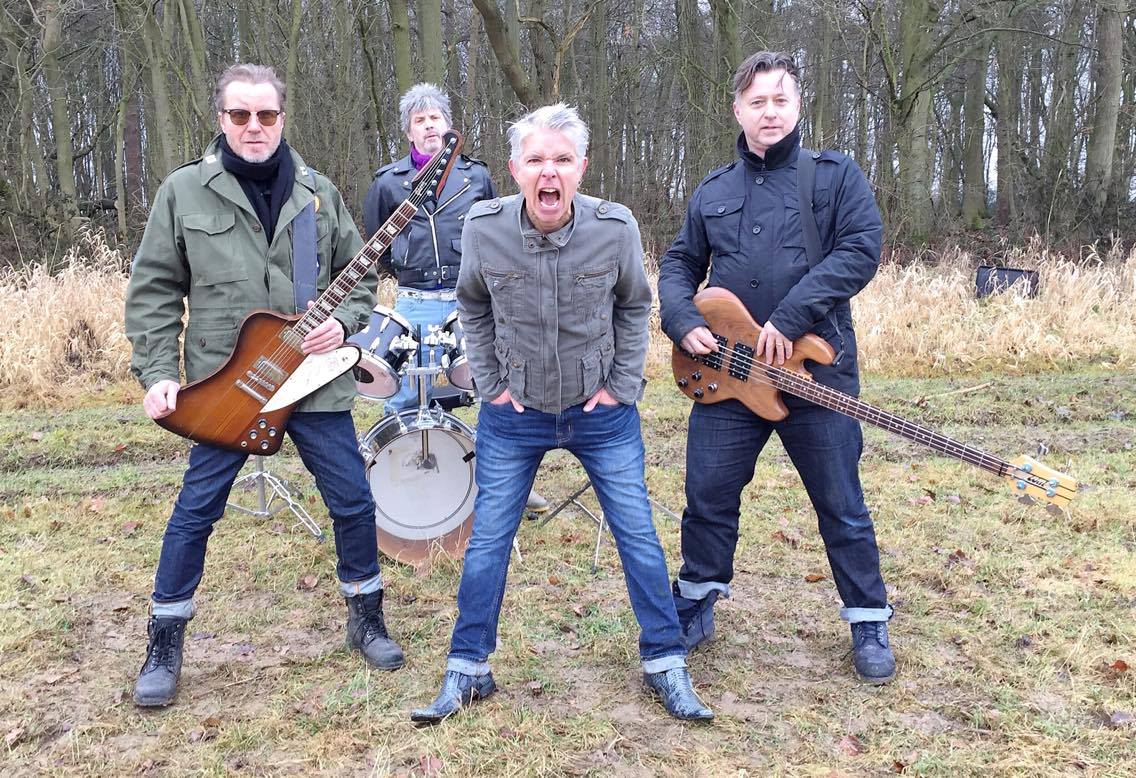 Eighties band Blue Zoo got back together in 2010 with ‘unfinished business’ as far as their old material was concerned. Now the band are shaking off the past and moving forward with new material set for imminent release plus live dates on the calendar. 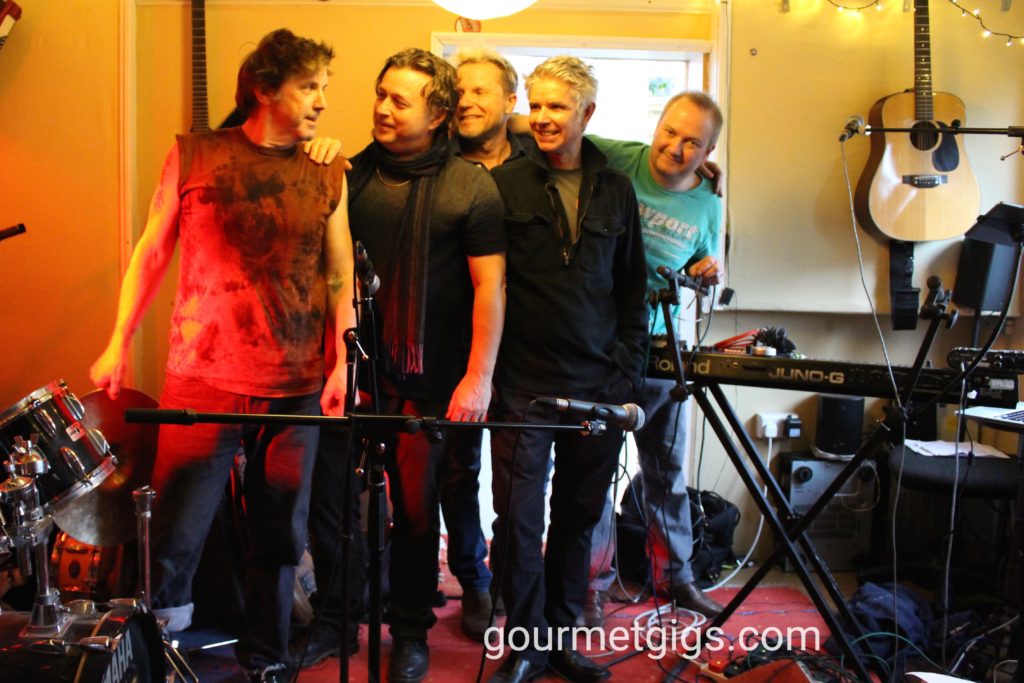 The band still comprises front man Andy O, with drummer Mickey Sparrow and bass player Mike Ansell. In 2013 they were joined by guitarist, engineer and producer Tom E Morrison (www.bigskysong.com), who has worked with Underworld and Bonnie Tyler among others. I interviewed Blue Zoo’s front man Andy O…

Going back to 2010, what was it that motivated you to reform Blue Zoo after such a long time?

“One of the main reasons was because of our ‘lost album’, which was never released, on Magnet, back in 1981. There were some songs that we used to play live a lot, we recorded them but Magnet never released them, they said they weren’t commercially viable – even though Strange Ways and Cry Boy Cry were on it. So it was shelved. Some of the songs ended up on 2 x 2 but a crucial part of the story was lost. These were pieces of the jigsaw and we wanted to put it all back together again.

So there was no thought back then of producing new material?

“No, it was not an exercise in a new chapter for Blue Zoo at that point. And it’s taken six years or more for us to get to this point. That’s longer than the time Blue Zoo were together back then, haha!

How did that moment come about where you shifted from the old to the new? Where did the creative impulse come from?

“It was around October last year. We were rehearsing at Tom’s studio –Big Sky Song – ahead of an early January gig at Dingwalls in Camden. It was an organic process really, I was working on some lyrics, and Mickey just came in with the drums. Suddenly, it was as if a dam had burst, and all this creativity flowed. It felt like a totally natural thing, and all the band were on the same page. And in the background, the editing, mixing and production was done by Tom.

Talk us through how new single Funganista came about…

“Well, once I get into the swing of it, I’m away. I get the melody down and the general idea for the song and the lyrics. I just started singing Funganista [the new single, out on March 25th] to Mickey and he immediately got the rhythm on the drums and then we were away. This was the essence of the song and Tom crucially recorded and captured it all, as well as adding tasty keyboard and guitar ideas. Then Mike added his bass. In the past (not the previous Blue Zoo) I would often write the guitar parts – I used to write lots on the acoustic guitar but now I find it a tad restricting, especially with a song like Funganista, its rhythmic, primordial, you just go with it, I love that process, as opposed to being methodical about song writing, its somehow more pure. The most crucial aspect to the process is the vibe. If you haven’t got the vibe, you’ve got nothing.

Adds Tom: “I think everyone has to be on the same plane.  The chemistry was right at that moment, it just clicked.

Video below includes a taster of Funganista, which is set for release on 25th March 2017

How’s the new material going down with the fans?

“We had two songs ready by the time we did the Camden gig in January this year and we tested them out. They went down really well, and we got lots of positive feedback. These new songs feel really fresh, and very positive.

What exposure has Funganista had so far?

We’ve had some radio coverage – so far BoltonFM, Artefaktor Radio and ExtendedRadioFM NL have played it. Actually, Extended Radio FM NL remarked on how different Funganista sounded compared to Cry Boy Cry and said that what tied them together was my voice. How kind I thought. Amazingly it has been 35 years! Bolton FM are big fans and love Funganista – they are running a Blue Zoo competition, a special prize awaits someone….

The lyrics of Funganista are interesting! What are they about?

“There’s a lot of what’s going on at the moment in those lyrics. I even bring Brexit into it at one point, but it’s all quite subtle, it’s in there somewhere. The lyrics are partly about foraging. There’s been a backlash against the foraging movement, against that type of freedom.” [Andy’s ‘day job’ is as a fungi and mushroom expert, see his website www.fungitobewith.org and my earlier interview with the band here]. Funganista is the spirit of the hunter gatherer, a spirit under a lot of stress at the moment. Beaten up by the landowners, old money and the powers that be. So Funganista is the spirit of this, voicing his concerns, and his presence. The words are fairly minimal but the spirit is there.

Are there any more songs in the pipeline?

“We have two more songs down – we just have to fine tune them. The plan is to release one every couple of months or so and then there will be an album out. I think that an album has to be the end point of this particular exercise, something whole and rounded that ties it all up.

Can you reveal what sort of style the new numbers will be?

“They’re in the same style of the first two. 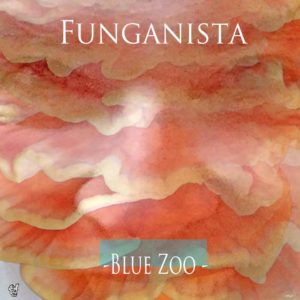 “I get obsessed by things, so I’ll be into an artist for a long time and I’ll play them nonstop. The last band I’ve been like this about is Radiohead.

What gigs have you got lined up?

First, Birmingham at The Flapper, and then we’re going to be back at Nambucca, London. Bulletproof Bomb are headlining. This is a complete new thing for us, it’s taking us away from that 80s thing. What’s important to us right now is getting those new songs out, we’re very excited about it. And we may have more gigs to announce soon. Watch this space. 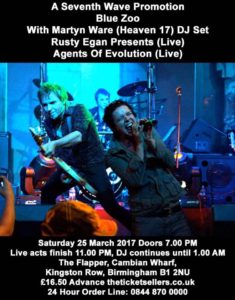