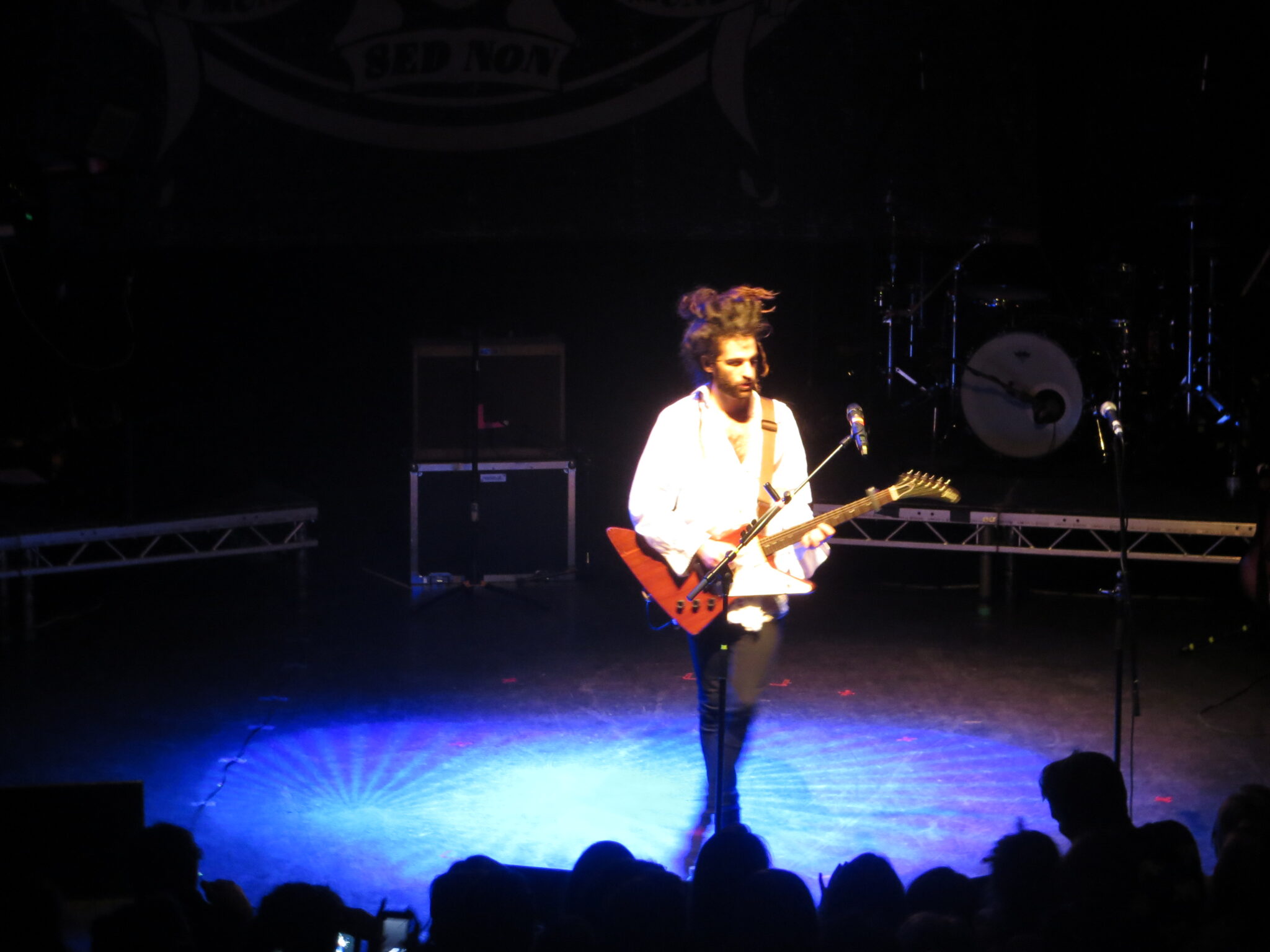 What a transformation for the flamboyant musician King Charles. Last year I saw him perform in a church in Hackney, where a polite crowd clustered round the stage, supping wine and swaying gently.

A year on, and he’s headlining at Shepherd’s Bush. The place seems rammed to the rafters with the most excited crowd I’ve seen in a long time. There’s a mixed audience, with some in their 40s and upwards, some couples in their 30s, and groups of adoring teenage girls.

King Charles bounds onto the stage. Gone are the flamboyant frills and the frock coat. That’s not to say he’s changed his image and morphed into Liam Gallagher. He’s just a bit more pared down, with a billowing white shirt, twig legs encased in black tights, and of course, the hair. Swathes of it, up in a sort of matted bird’s nest (that comes undone half way through).

The band powers into the set which is ratcheted up to loud, so the vocals are slightly muffled. Second song is Loveblood, which features King Charles’ much used calypso rhythm, overlaid with lots of sinewy guitar work. Then comes the choral refrain of Love Lust and the audience starts to go wild. Downstairs everyone is dancing joyously, upstairs the heaving balconies are looking perilous.

Ivory Road, Mississippi Isabel…  everyone seems to know all the words of all his songs. It looks like the West London homeboy can do no wrong. Next is the more folky, slightly California soft-rock Coco Chitty, with its wistful chorus:  ‘I don’t need to see you to know how beautiful you are’. This for me was a highlight of the gig.

For an encore, King Charles’ choice is his version of We didn’t start the Fire. His own lyrics, updated since Billy Joel’s time, feature Islamists, Tom Cruise being gay, and a line about “Maggie Thatcher laid to rest”, which causes an actual cheer to ripple through the crowd. I’m not sure if its because of amusement of the topicality of the lyrics, or if it’s a cry of support for the just-buried Iron lady, I’m hoping it’s the former. My friend, who dislikes the song, mumbles something about why does he want to send everyone home humming a song written by someone else? 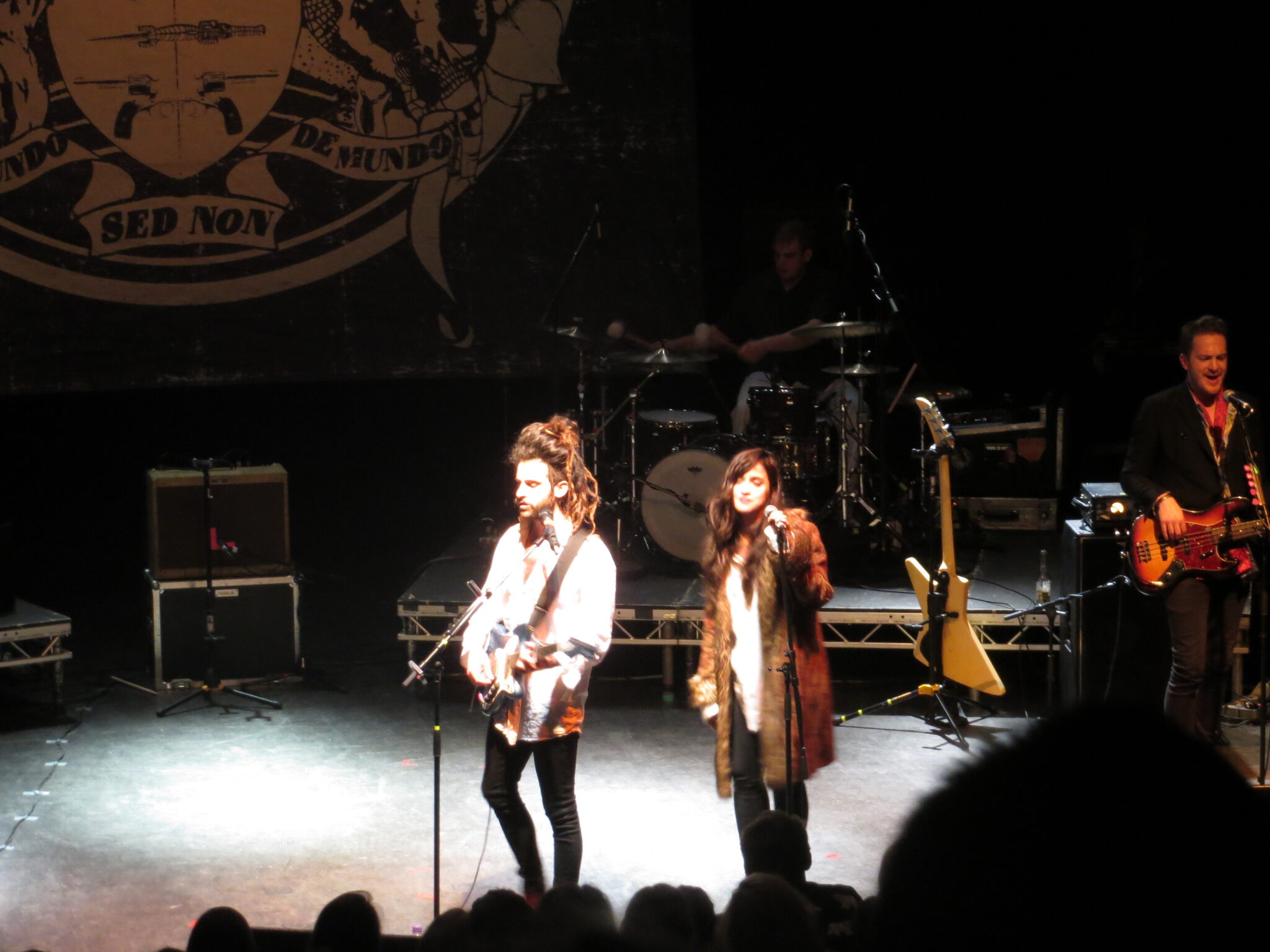 He has the endorsement of Mumford & Son and delivers a strong set of folk-tinged rock, with playful operatic, choral and calypso notes. But there’s something that bothers me about his image – maybe it stops him being taken seriously, maybe it’s too defining. But for now he’s got a growing army of fans and a successful tour under his belt.

Support: Giovanna; We Were Evergreen

One thought on “Review: King Charles at 02 Empire Shepherds Bush”