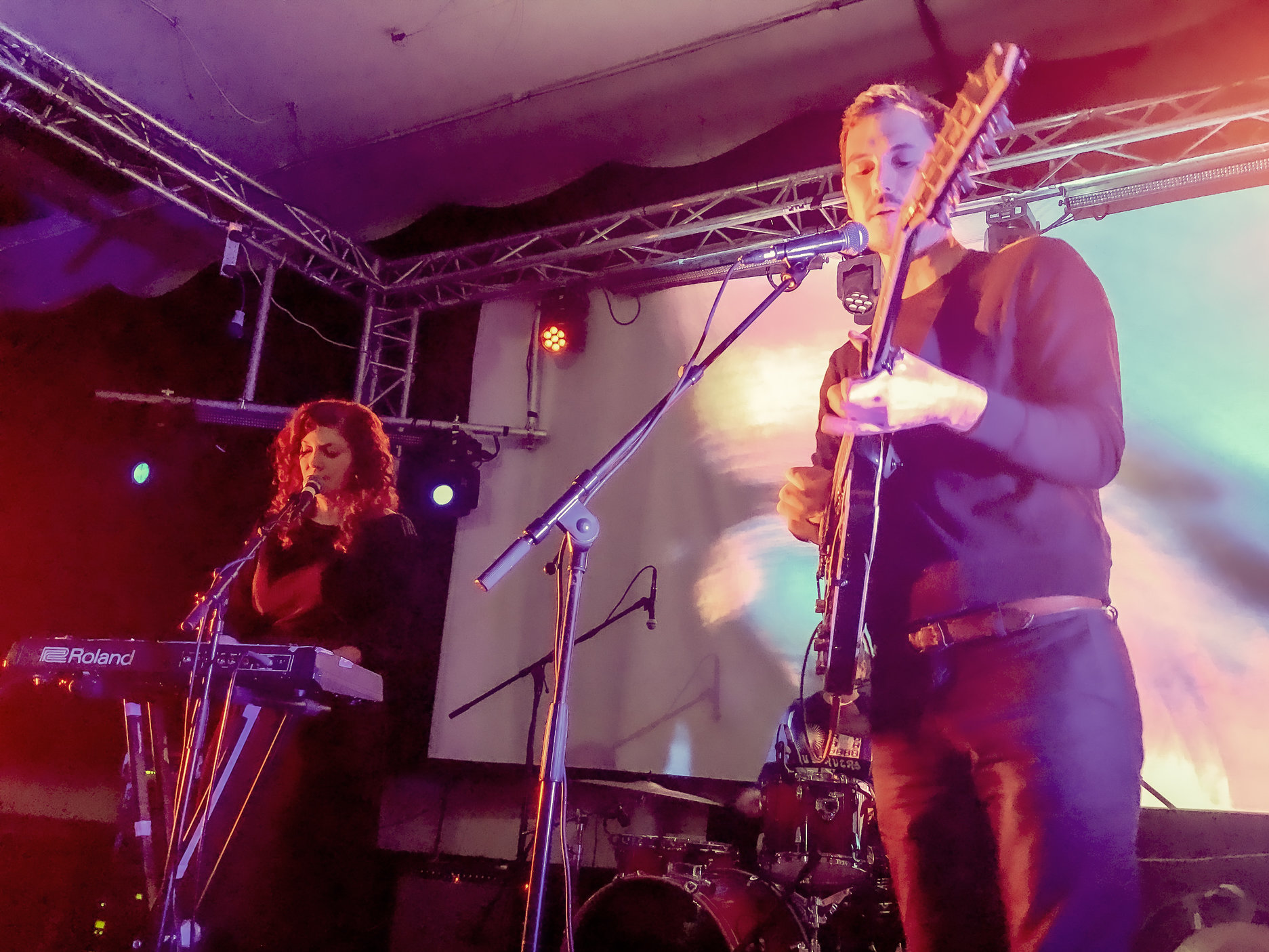 One Saturday afternoon last December I made my way to east London venue Studio 9294 for Fire Records‘ chilled, friendly Christmas event called Outer Limits. With a roster of about seven performances, it unexpectedly turned out to be one of my top gigs of 2019. One of the new (to me) bands who were an inspiring discovery were Scottish/Lancashire hybrid Modern Studies – I spoke to one of the band members as they packed up their kit and was delighted to find out they were coming back to perform in 2020, along with the advent of their new album.

That was then, before our world was obliterated. The tour will have to wait but we do have the glorious new Modern Studies album called The Weight of the Sun. Like the band’s live set, the songs are a sinuous mix of folk with elements of psychedelia, pop and prog, and all combined with the shimmering vocals of Emily Scott and Rob St John.

The opener, Photograph, is 4 mins 17 seconds of dreamy ‘down in the woods’ mystical folk, I’m reminded of Stevie Winwood and Traffic. The following track Run for Cover opens with that driving Fleetwood Mac propulsion; it is also a perfect song to fully appreciate the warmth of Emma and Rob’s vocals which are very much at the forefront. One of the lushest tracks is Brother, with its driving bassline and swooping, rich vocals creating a soothing mix – there.

Another track which I find myself listening to on repeat is Back to the City. It has those folky elements but as it gets into its stride there’s so much more going on to ramp up the tension, especially with the drums adding to the depth of this smokey number. I’m looking forward to seeing Modern Studies on their next tour, whenever that may be.