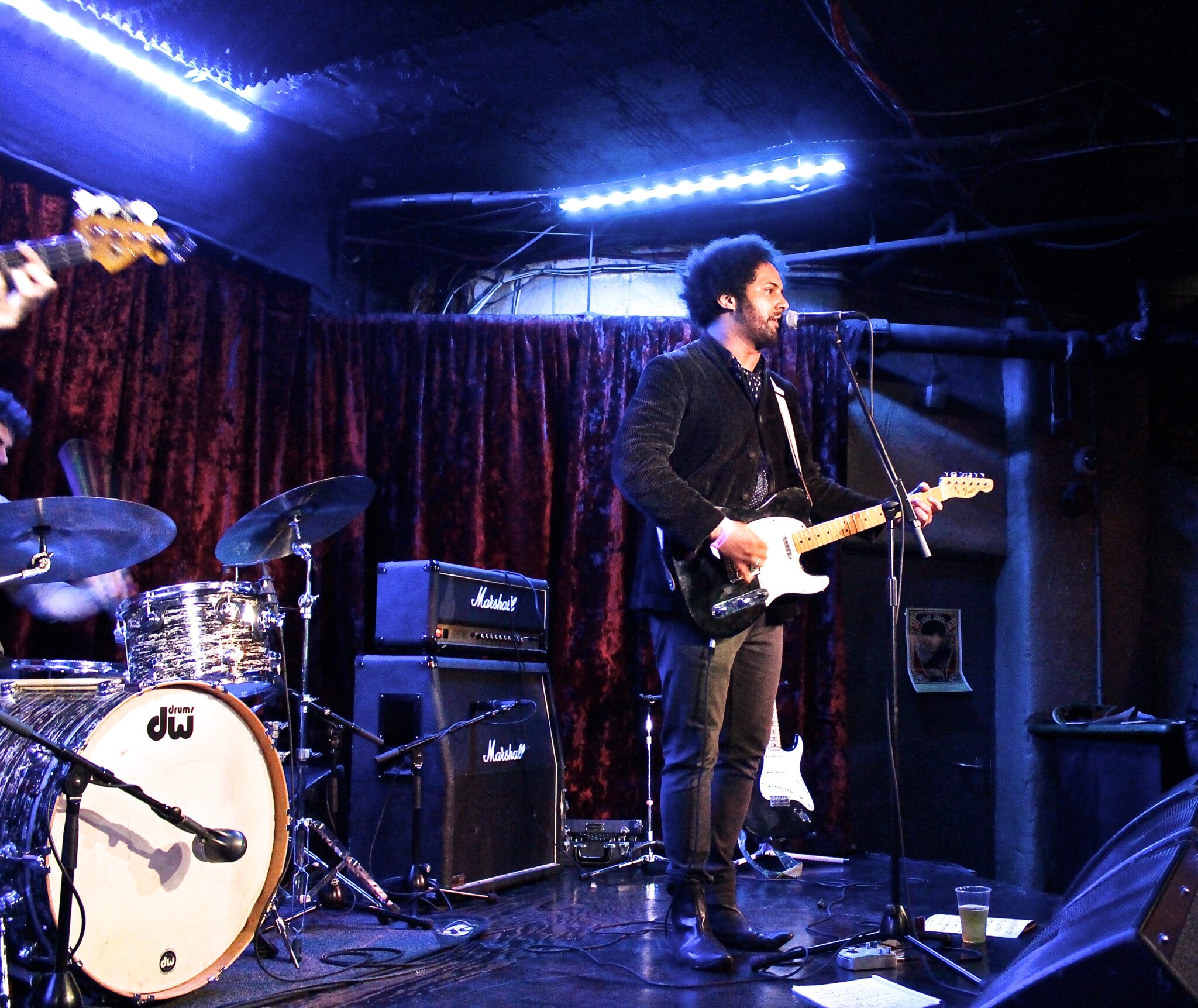 For blues guitarist Aidan Connell, the launch of his debut album Grio may be an important occasion, but his music career hasn’t exactly been short on seminal moments. Seasick Steve hailed him as “the only rock ‘n’ roller in town”; he’s played with venerated California band Mazzy Star after Dave Roback took note of the talented youngster, and praise has come from plenty of other sources, such as Jeff Beck.

And now this experienced performer with many years gracing stages around the world (he’s just toured the US and South Korea) is back for the launch of Grio at London’s Borderline. It may be a much-respected venue, but as the immediate area has succumbed to London’s obsession with huge, corporate re-development, The Borderline is looking increasingly vulnerable and dwarfed by its surroundings.

The two support bands set the scene, first Wang Dang Doodle with an entertaining and upbeat full-on blues set, followed by Southbound: it is a surprise to learn that the band members only left school a few years ago. This was an assured set of blues and Southern rock, accompanied by the powerful vocals of Tom Ford.

Aidan takes to the stage with his drummer Davide Marini and bass player Kosmas Mylon. He opens with Everything Else, it’s a no-nonsense gutsy number with a strong riff and a driving beat. Taking third place on the set list is the single, I Hate Rock n Roll, probably the most immediately catchy number, which veers into Led Zeppelin territory with its heavy, sexy riff, overlaid with Aidan’s expressive vocals.

Although it’s rare to find a band with a shy, retiring front man (well, I have actually seen one or two), it has to be said that Aidan looks born for the role. Not that he’s putting on the swagger, it’s just that he looks genuinely overjoyed to be up there, performing live. As the set gathers pace, he ups the entertainment level with some Hendrix-style guitar showmanship, playing his guitar behind his head and with his teeth. It’s a shame the set seemed a tad short, as it would have been good if there had been time for Aidan to fill us in, between songs, on a little more of the backstory to Grio. But maybe that was down to the early curfew time as the Borderline hosts night club nights. 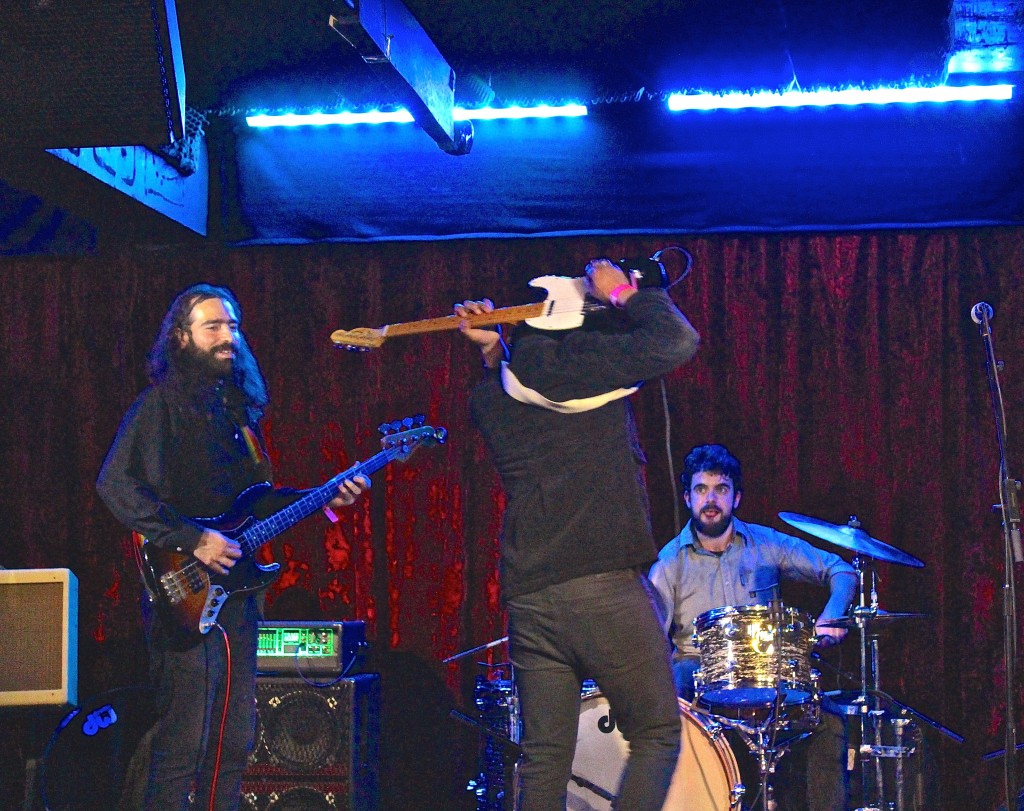 What sets Aidan’s music apart is his quest for pushing the boundaries of blues. While always respecting its traditions, he likes to explore and mix things up and his material is influenced by Led Zeppelin, Cream, Hendrix, Traffic and even touches of Deep Purple.