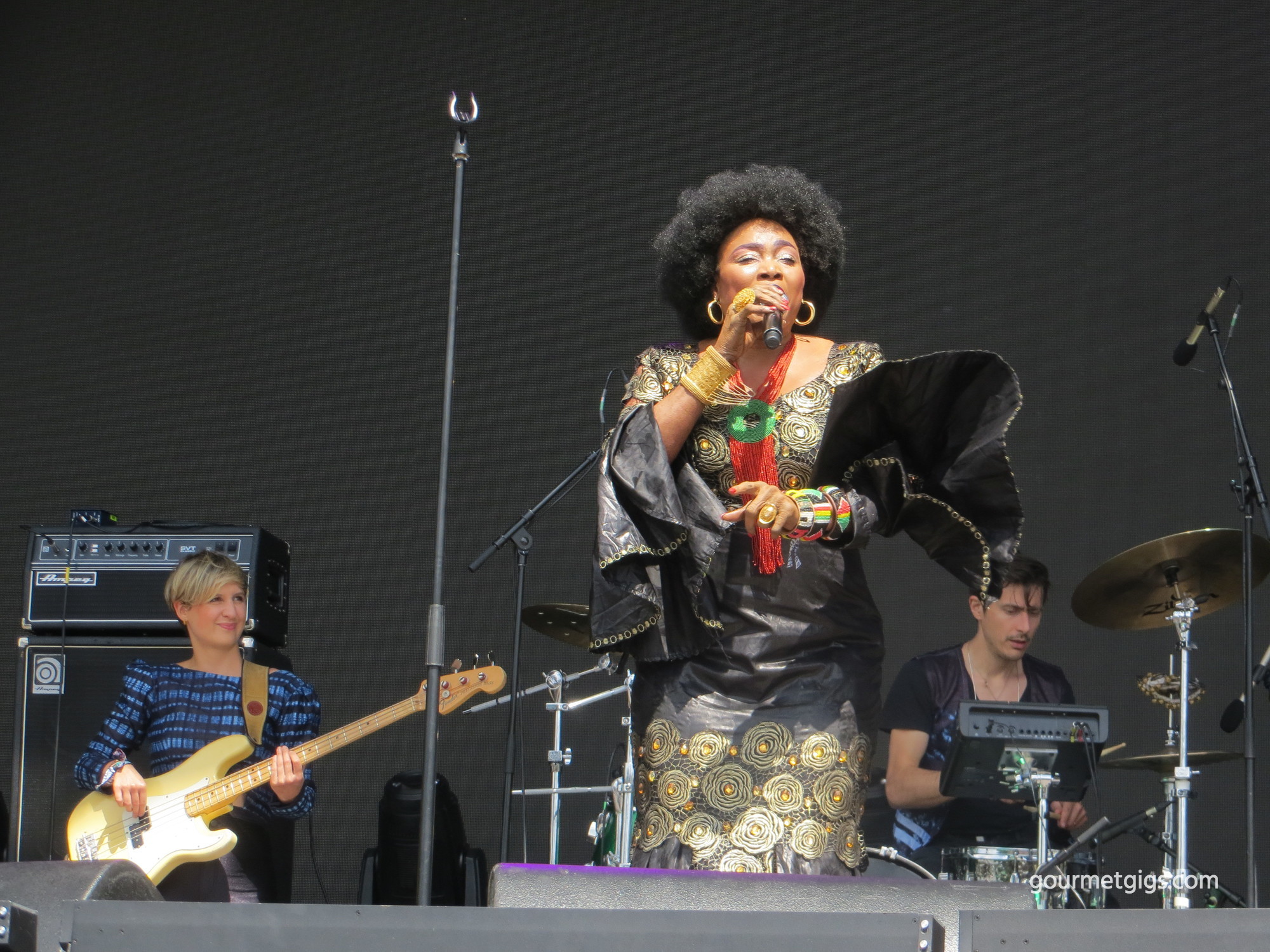 I’ve always had a soft spot for Field Day festival: its curators have form in enticing lesser-seen artists onto their festival stages, such as Mazzy Star’s memorable set in 2012. Field Day’s move this year from Victoria Park to the considerably smaller Brockwell Park has not been without its issues – from pre-event concerns from the local community to subsequent overcrowding.

Both festival days, Friday and Saturday, were bright and sunny, making the festival’s transitionary year easier. I attended on the Saturday. Nils Frahm, Mount Kimbie and Zhu were on my list, but the Barn and Crack tents were far too rammed to enjoy the sets properly.

Field Day prides itself on offering more than just music, there’s also the Village Mentality area with school sports day activities such as egg and spoon races, a comforting tea and home made cake stall and even a sewing lesson tent, all contributing to a pleasantly sociable vibe. But without the luxury of the previous park’s space, everything was forced into uncomfortably close proximity, at times it all felt more like a fairground than a festival.

The open-air Eat Your Own Ears main stage was definitely the place to be to fully enjoy a set, with a gentle slope which allowed for more of the crowd to view the stage. Early afternoon, Malian superstar Oumou Sangaré and her band played a wonderful, joyous and upbeat set. 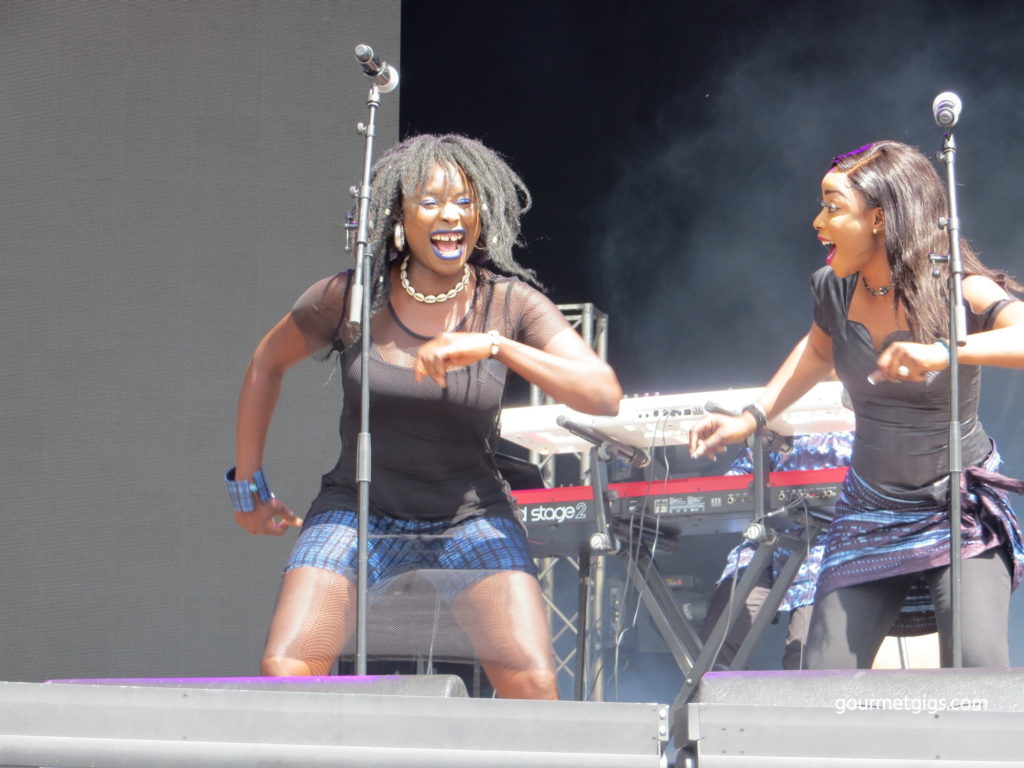 It was the promise of seeing Charlotte Gainsbourg that had initially drawn me to Field Day. Gainsbourg sidles onto the stage looking as if she’s wishing she’d worn an invisibility cloak. She swoops into her place at the electric piano. After a wobbly first few moments in which her vocals sound lost in the mix, adjustments are made and her voice develops a strength and confidence. 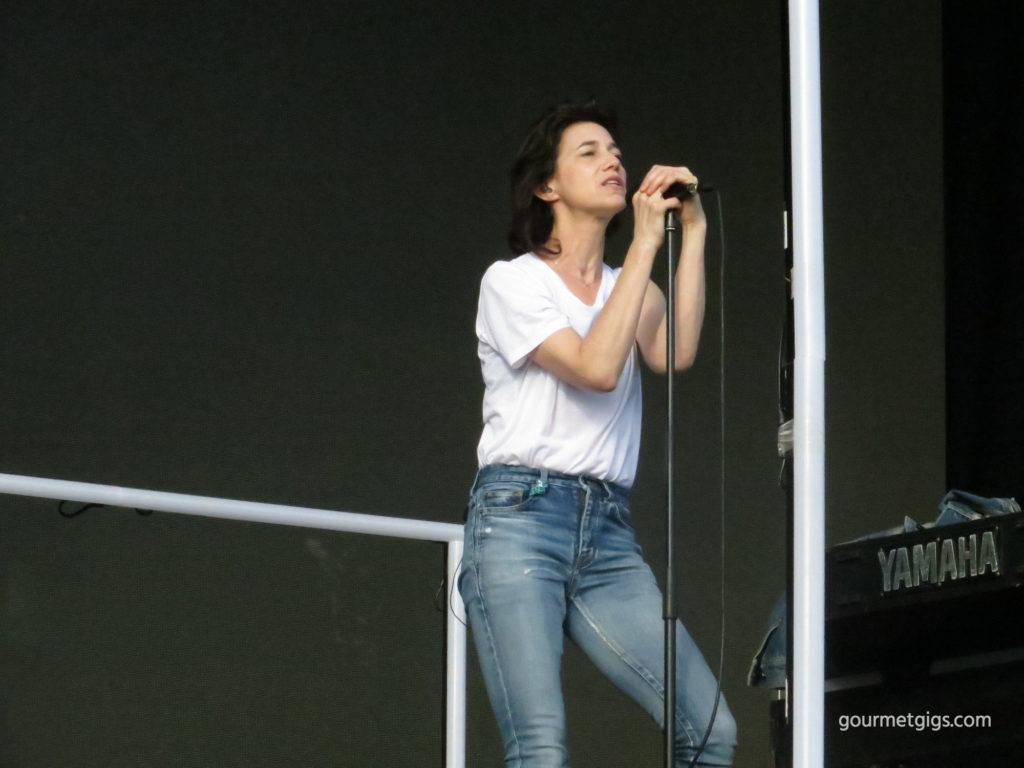 After a handful of numbers, including the ravishing Sylvia Says from 2017 album Rest, Gainsbourg rises from the keyboard to saunter out to the front of the stage; rather than engage with the crowd she keeps her eyes fixed in the far distance, at the trees or the sky… but there’s a smile of approval too from this cool, beguiling performer. Mid-set she plays Deadly Valentine which sounds, as on the recorded version, mesmerising and sultry. This is a beautiful, shimmery set from Gainsbourg and a rare treat from this very occasional performer. 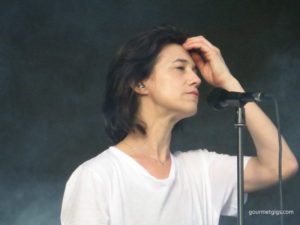 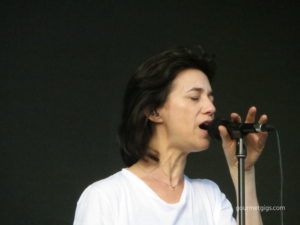 Field Day has had some bumpy moments over the years but has managed to keep going with stellar lineups and an ability to lure artists who are less inclined to perform regularly, such as Gainsbourg and the aforementioned Hope Sandoval of Mazzy Star. Hopefully it can reconcile the changes it has had to make this year and will see its way forward for 2019.