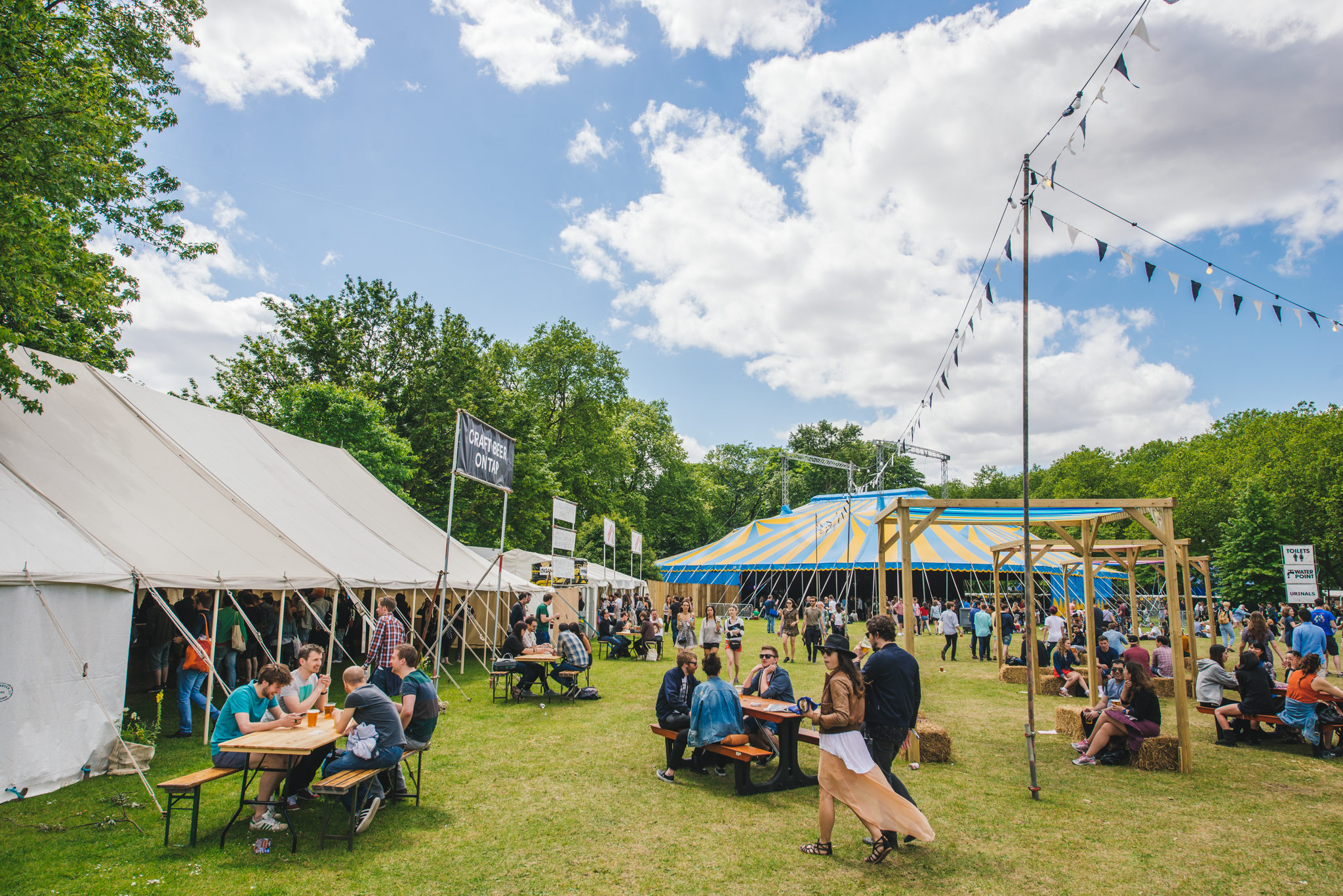 Field Day festival has built a reputation for intelligent curation and securing exclusives – this year PJ Harvey and James Blake are headlining, with artists such as Floating Points, Blossoms, Goat and Fat White Family as part of the eclectic lineup. I’ll always be grateful to Field Day for managing to entice the elusive Mazzy Star onto their stage in 2012.

The team are working similar magic with their food offerings this year too, and as it’s the festival’s 10th birthday, they’ve curated an even more adventurous global feast of food traders. Many of them are a reflection of the buzzy east London street food scene happening around the location of the festival site, such as Born and Raised wood-fired pizzas with anglo-inspired toppings like Beef and Horseradish, plus some interesting traders from further afield. I spoke to a selection who will be pitching up at this year’s festival.

The Wholefood Heaven team are looking forward to getting back to the festival this year, ready to serve up their Buddha Bowl veggie festival feasts in a box. Their signature dish is a delicious Massaman curry with new potato, pineapple and soya chunks, along with crunchy carrot and homemade kimchi pickle, a healthy serving of flash-steamed seasonal greens and organic brown rice. Plus halloumi if you so desire. 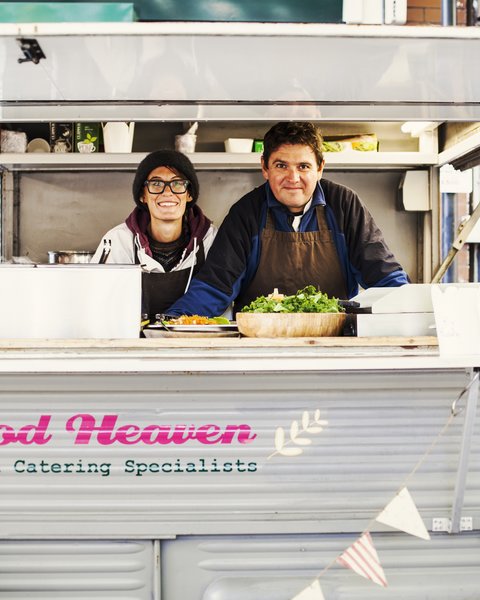 Buddha Bowl is run by lifelong vegetarian and homeopath Charlotte and her husband David, a professional chef. I asked Charlotte about their Field Day experience. “We do a weekly market at neighbouring Whitecross Market and we see a lot of our customers at Field Day,” she says. “We love the music and atmosphere, it suits what we do. We get tied up with serving food, but if we get the chance we pop out and enjoy the music.” 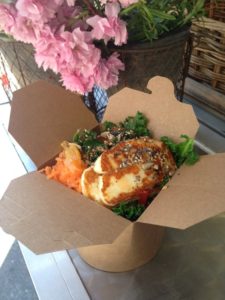 Over from the Kent coast with their seafaring burger menu are Crabbieshack. Imagine soft-shell crab, coated in their own herby Old Bay batter and then deep-fried for an intense flavour and superb crunch factor. This gets delivered to you in a brioche bun along with fresh salad and their tasty sauce. 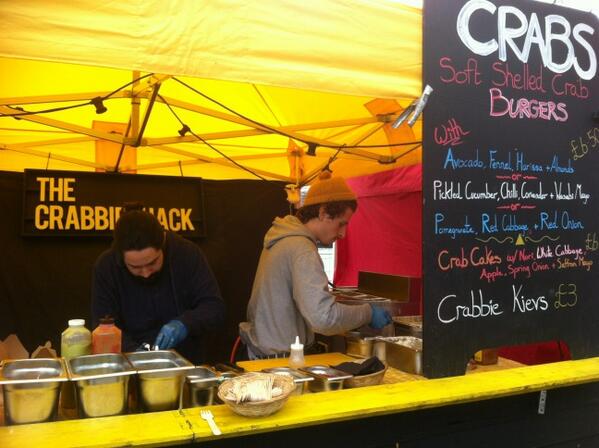 Dougie from the Crabbieshack team had this to say about last year’s Field Day foray: “We loved it, it was one of of the highlights of last summer, and we got to see Patti Smith!”

This year, Crabbieshack are bringing a new dish for festie fans. “We’re serving a special scallop dish with tomato, pomegranate, avocado mojo and almond aioli. That’s alongside our usual Crabbieshack menu of soft shell crab burgers, salads and fries”. Adds Dougie: “We are so excited to be back for a second time at Field Day, the line up looks awesome and in a very hectic summer schedule it will be a pleasure to spend the weekend in London.” Our pleasure, too.

A new addition to the Field Day this year is Dorshi. Anyone who’s sampled their original, and beautiful, East Asian cuisine with a British twist will be heartened by this news. Dorshi restaurant is in Dorset where they have create an menu of  original dumplings and other delicacies, sourcing many of the ingredients locally.
The Dorshi team will be pitching up with their gorgeous gazebo where there will be a menu of assorted dumplings. There will be around six different varieties, says Jolly, who co-owns the venture. Perhaps a barley salad as well. Their dumpling menu consists of inspiring concoctions such as Lamb, Smoked Paprika and Fennel; and Field Mushroom, Dorset Red Cheddar and Spring Onion.

It’s difficult to resist once you’ve spotted that big bubbling pan of melting cheesy yumminess, a promise of comfort food heaven. Annie Maes have been sustaining festival goers with their signature dish mac ’n’ cheese for many years. 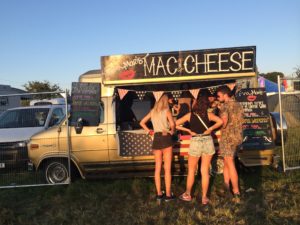 Tony of Annie Mae’s says his team have a special fondness for Field Day. “It was the first festival we ever did so it has a special place for us and as we’ve been doing it a few years now, we always get a lot of repeat customers. Field Day is normally our first festival of the summer. It’s really exciting – you can feel everyone finally has a chance to let go in the sunshine for the first time after the winter. It’s also great how many acts they seem to pack in – even though it’s a smallish festival – there’s still that chance of stumbling into something going on in a small tent that you didn’t expect to find.” 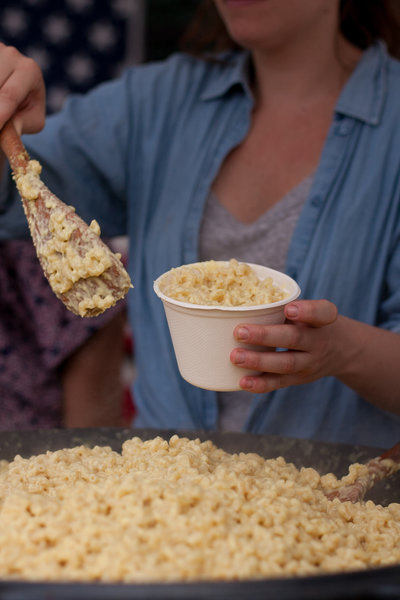 So, what’s on the menu this year?  “We’re going to be doing our classic mac n cheese menu this year. Although we are having a new stall built which, if it’s ready in time, will be getting its debut at Field Day. We’re also always asked for drinks so we’re going to be trialling our freshly-made pink lemonade (if it’s sunny that is!).” Roll on sun, and roll on the new stall. 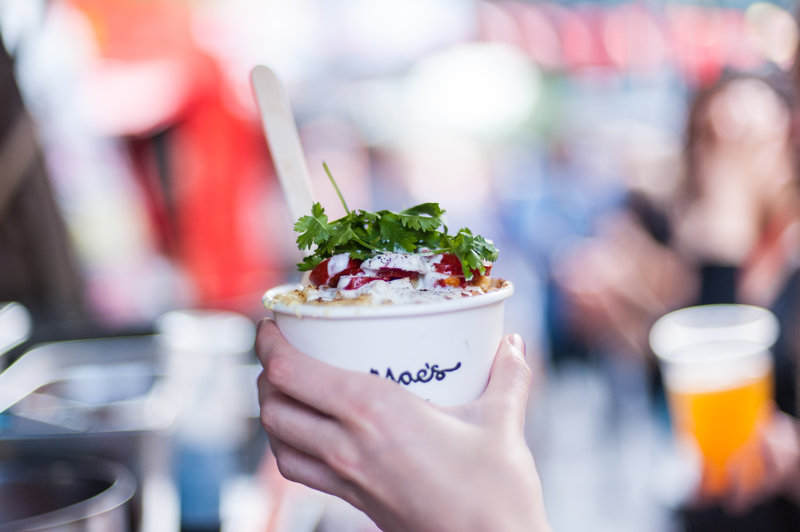 While coffee has been showing off its cool and sexy credentials for several years now, Emilie Holmes, a true tea aficionado, has slowly been working a similar reincarnation on the leafy brew. Yes, that ‘nice cup of tea’ has been put into its rightful place, as a fine single-origin drink to be enjoyed and savoured, and brewed properly too. As the founder of Good and Proper tea company, Emilie Holmes offers a choice of good quality teas from her festival van, so this is a good time to forego the frappuccino. 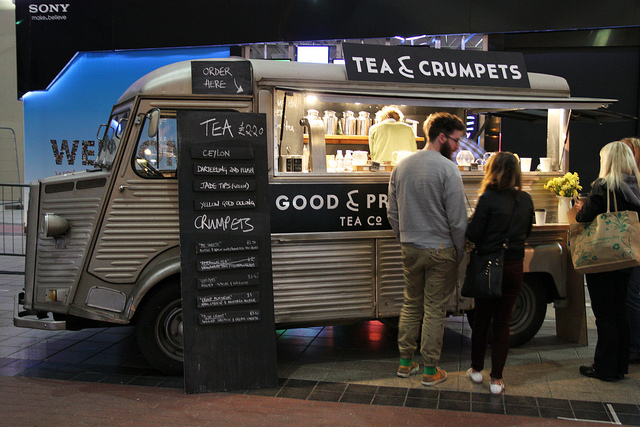 The team have spent the last year endlessly tasting teas, to form their now more extensive collection of black, oolong, green and white teas, as well as, for the first time, herbs. Each has been numbered according to the order in which they discovered, tasted and added them to the collection. And the teas are brewed using the ‘Steampunk’ – a machine offering craft brewing technology which brings out the best in the teas natural flavour. The Steampunk will be making its way to the festival too. And for those in need of a little something to munch on to accompany their brew, Good and Proper’s sourdough crumpets will fit the bill. 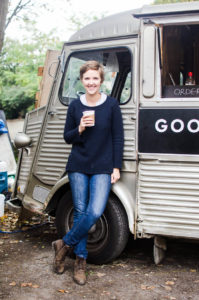 Also making a second appearance at Field Day are the Liberty Cheesesteak Co – they are the maestros of the famous Philly Cheesesteaks. I spoke to one of the partners, JP, a bona fide Philadelphia man who has perfected the speciality, a combo of tender rib-eye beef steak and their original cheese recipe in a Hoagie roll. The company are the only ones to bring the Philly speciality to the country and this year, they bring their food truck to the festival site. 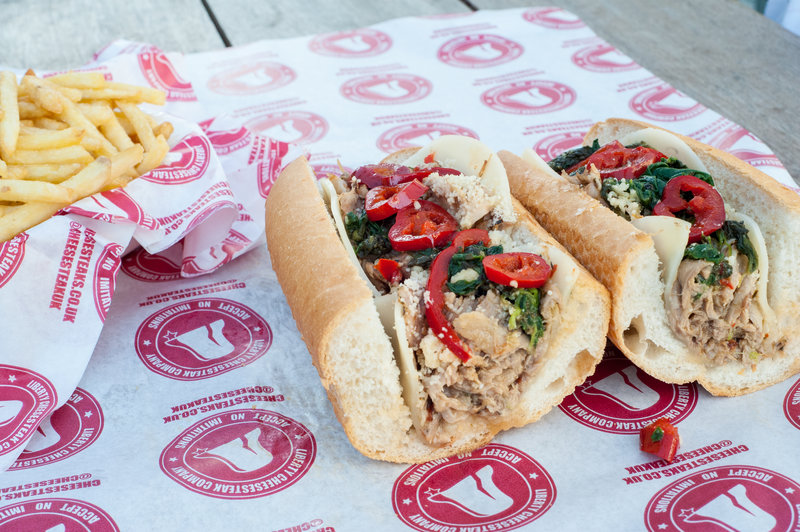 Anything else on the menu? JP says this year, there will be additional goodies on the menu, such as South Philly Style Italian Roast Pork (pictured), and Buffalo Chicken Cheesesteaks.