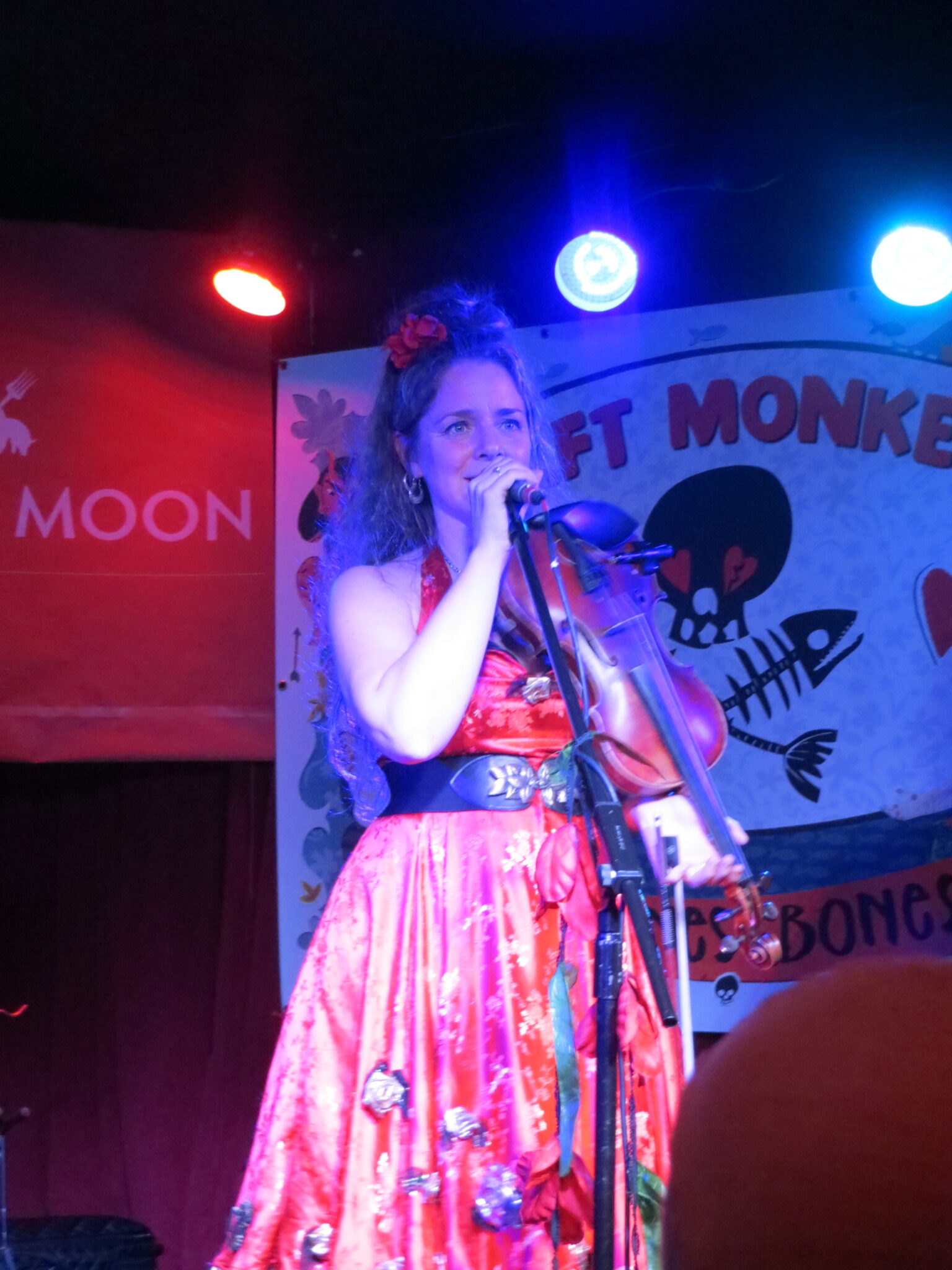 While some people play air guitar, I confess to air violin moments. Ideal material for this innocuous pastime: The Levellers, Peatbog Faeries, and Cornish trio 3 Daft Monkeys. I first discovered them at Towersey in 2011, followed by an autumn gig at the Half Moon pub in Putney. And here they are back again, two years down the line, only this time playing to an infinitely bigger crowd.

Violin supremo Athene Roberts announces that she’s recently had a baby, who apparently is sleeping backstage – obviously already getting used to life on the road. Athene has swapped her sexy Dickensian corset and swishy skirts for a flamboyant red satin dress with black net petticoats and fat lace-up boots. Part Cornish hippy, a nod to Flamenco… well, you can probably read into it what you like but her stage presence is formidable.

The band have a new album out: Of Stones and Bones. The songs celebrate Cornwall, its unique, strongly independent people, its landscapes, its magic, myths and legends. Vocalist and guitarist Tim Ashton is a great storyteller, especially when he recounts the tale of Agnes the Giant Killer – the first song on the new album. You feel you would love to just hang out with this band, go drinking with them at a coastal inn, filling your head with magical stories and then wending your way homeward at break of dawn. My imagination may be getting the better of me, they may perhaps be in bed by ten with ‘new parent’ exhaustion.

The band take us through a mix of old and new songs, opening with Perfect Stranger, moving on to Civilised Debauchery, and then to some new material including the aforementioned Agnes the Giant Killer. Popular dancey numbers include favourites Paranoid Big Brother and One Fine Day. It may be now obligatory to include Days of the Dance so the audience can break into a waltz.

What makes 3DM so appealing is  their passion and humour, and their willingness to experiment and forge their own strong identity, weaving a variety of styles into the mix. There are strong elements of gypsy and klezmer music throughout, interwoven with Athene’s violin and drummer Richie Mulryne’s expressive drum playing, which is done with his hands. 3 Daft Monkeys have a strong sense of the theatrical, enforced by Tim Ashton’s vocals.

It was good to see the Half Moon audience dancing with such abandon, and I can only suggest that you get yourself down to one of the remaining gigs on this tour. 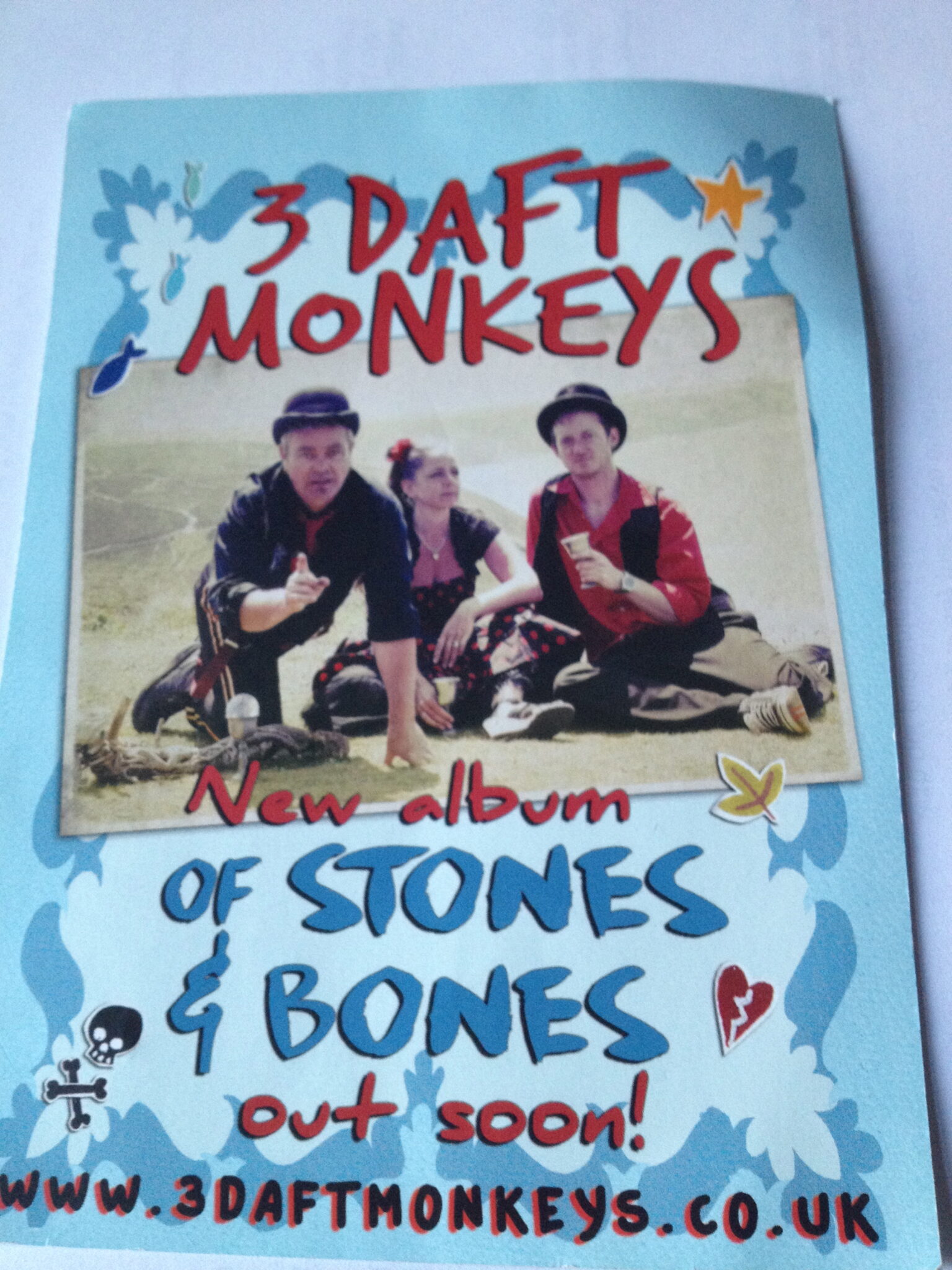 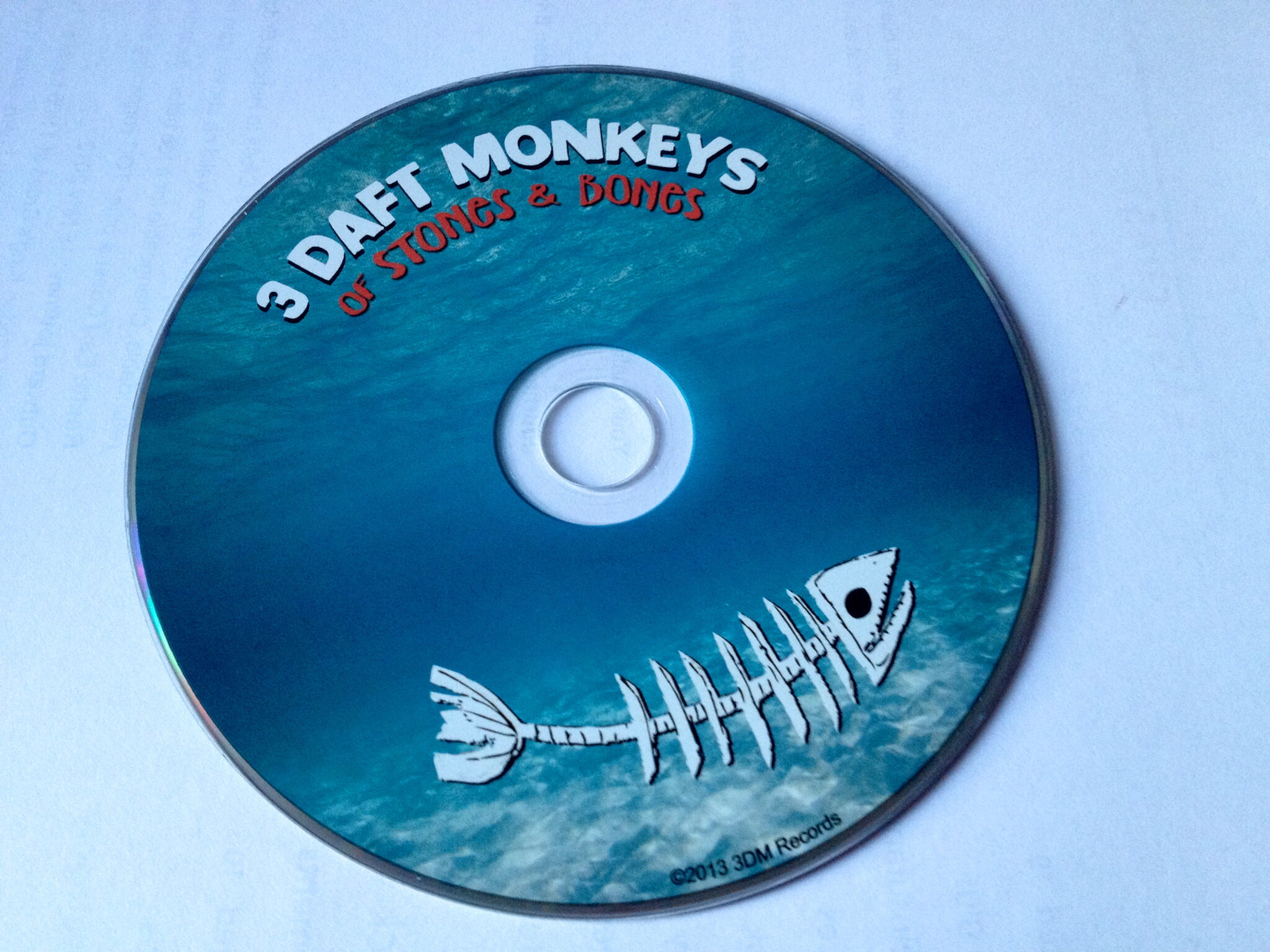 Half Moon Pub, Putney Tickets £12 on the door