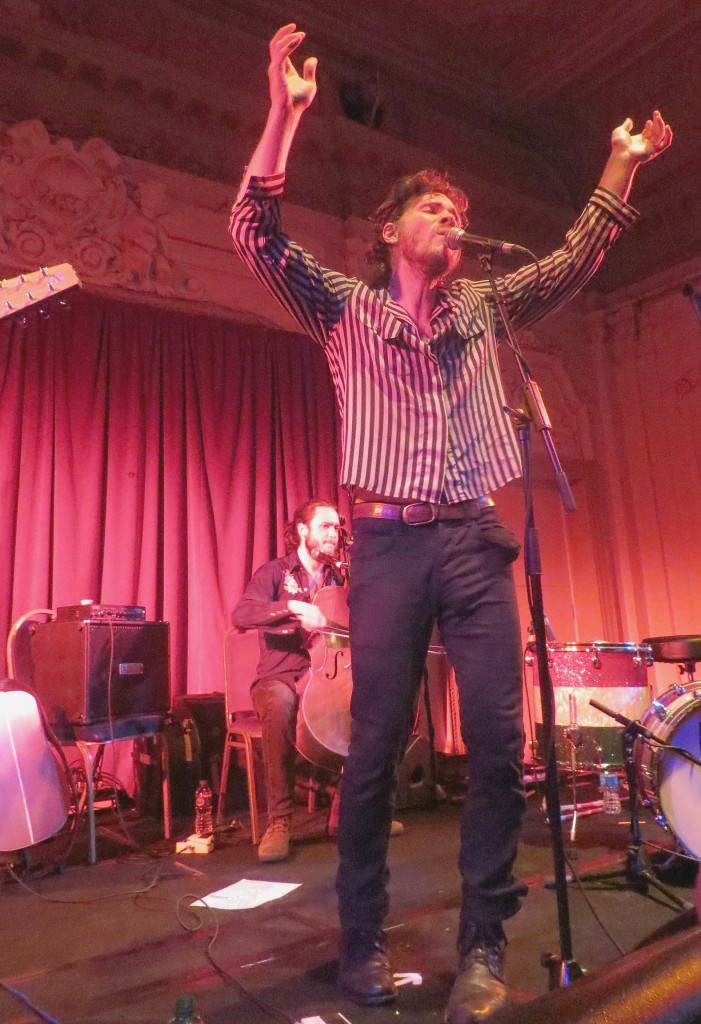 Simone Felice starts his gig at Bush Hall with New York Times – it’s a haunting and gritty number which encapsulates familiar Felice territory – man’s vulnerability and cruelty, human struggle, death. But also love, finding beauty and joy in life, and the pleasure and importance of good friends. Of the grittier subject matter, Felice doesn’t shy away but tackles things head on, and uses the beauty of his words to somehow work though pain and find hope.

The second song is from Strangers, his brand new album. Bye Bye Palenville, about fathers who abandon their children, is an exquisite ballad and my favourite on this new release. The arrangement is spare and simple, which allows Felice’s expressive and slightly trembling vocals to be the focus. Later in the set comes the emotive number Our Lady of the Gun, Felice voicing his concerns about America’s relationship with guns. 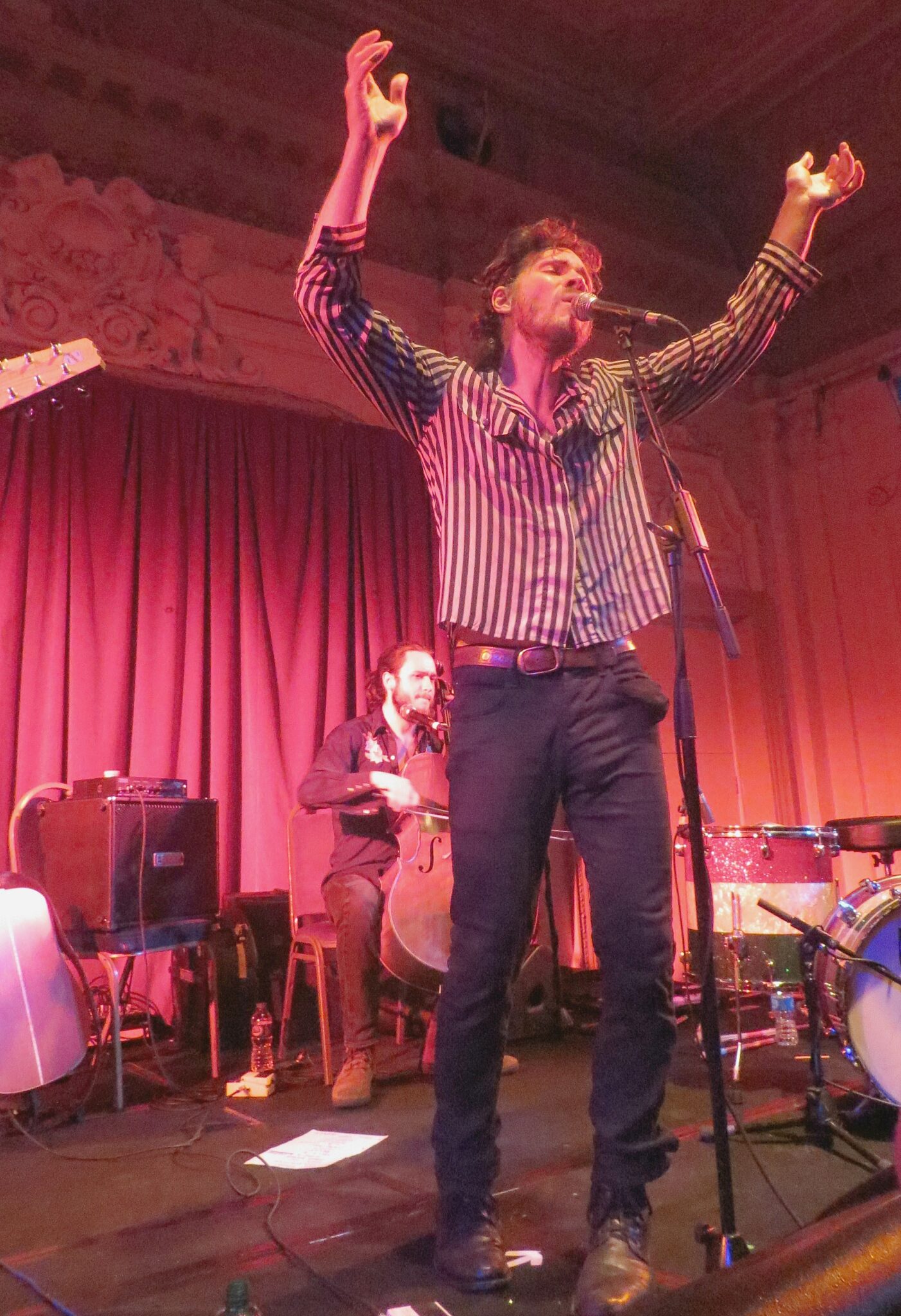 Despite these heavyweight themes, it does nevertheless appear that Felice is moving – slowly – in a more upbeat direction, and Strangers feels like a more well-rounded album. Of his cheerier numbers he plays Molly-O, a sort of campfire number with a singalong chorus, to be sung when inebriated. The joyful You & I Belong gets an airing too. From his former days with the Felice Brothers, he includes Radio Song and Don’t Wake the Scarecrow.

If it’s at all possible, the force of Simone Felice’s stage presence seems to have intensified since his appearance in 2013 at St Giles in the Fields Church. He is magnetic from the moment he steps onto the stage, where he stands completely still, staring out at the audience and holding them right there. His moves are those of a dancer as he prowls, sinuous and fluid, yet there’s an incredible strength too, a sea of emotion reflected in the tensed muscles. He strikes his foot onto the floor for emphasis with the flourish of a flamenco dancer. The drum kit waits over on the right side of the stage; when required he paces over to play them and gives them a fair bashing. Felice is accompanied by Gabriel Dresdale on cello and Matty Green on dobro – both superb musicians are fascinating to watch though sometimes you find all three performers are unwittingly competing for your attention.

It feels like we’re been treated to a long set, and the intimate surroundings of Bush Hall are bursting to the seams with a thrilled crowd. When the three musicians come back onto the stage for an encore, everyone joins in with the chorus of Helpless, before heading off into the night. It has been another triumphant performance for this defiantly original and gifted artist.

THE SMALL PRINT
WHO: Simone Felice plus support
WHEN: April 10, 2014
WHERE: Bush Hall, London
TICKETS: £18 approx 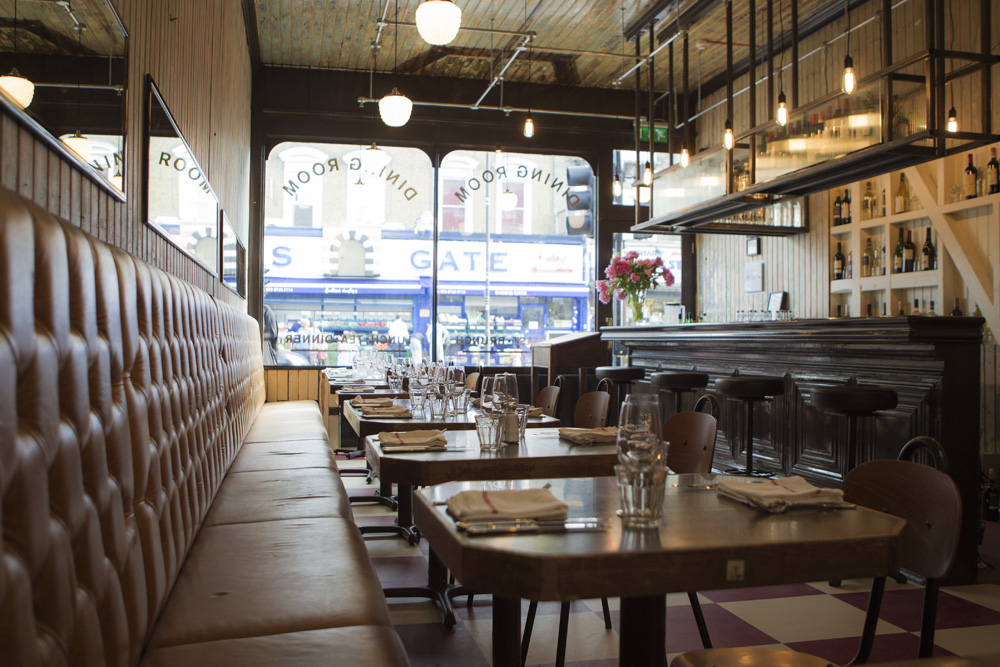