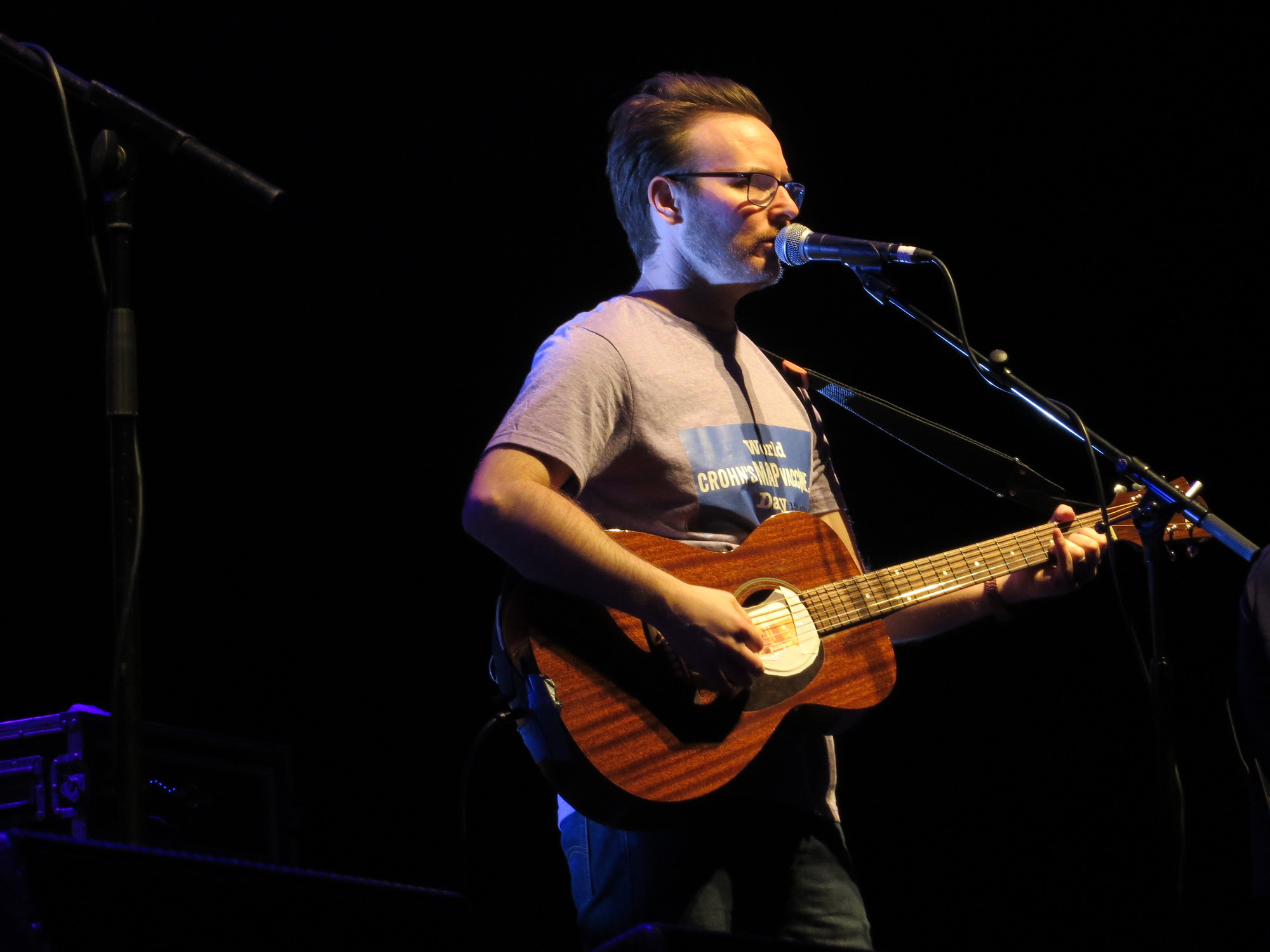 Turin Brakes know how to make the London Palladium feel as intimate as a rough-and-ready basement pub venue. They start by introducing songs from their brand new album. Over the next couple of hours or so, the band take us on a journey back and forth over the past 18 years, many members of the crowd having been on that ride with them from the beginning – the sense of a loyal and passionate following is palpable. The long and mutually rewarding friendship which has seen Ollie Knights and Gale Paridjanian make music together since school comes across on stage, with Gale’s humorous and extrovert personality acting as a foil for Ollie’s more introspective nature.

This Turin Brakes tour comes courtesy of new release Invisible Storm, a collection of tracks that sees the band take a bit more than the usual tweak or two that they customarily make with each new release; there’s an evident desire to experiment and shake things up on the production side of things. They open with the first album track Would You Be Mine, followed by Wait For Me; further new songs are peppered throughout the set.

Performed live, the new material fits right at home with the rest of their output and doesn’t feel quite as different as it does on the album. Of their new songs, particularly strong is the lush Fleetwood Mac-sounding Lost in the Woods, drums and bass propelling the dreamy ballad, overlaid by ripply guitar. Stevie Nicks’ smokey vocals would sound great on this. Turin Brakes may tweak the formula but their distinctive sound is something that is intrinsic to the band – a warmth that permeates their productions, the angsty lyrics, and those harmonies which have remained as powerful and uniquely emotive as ever. 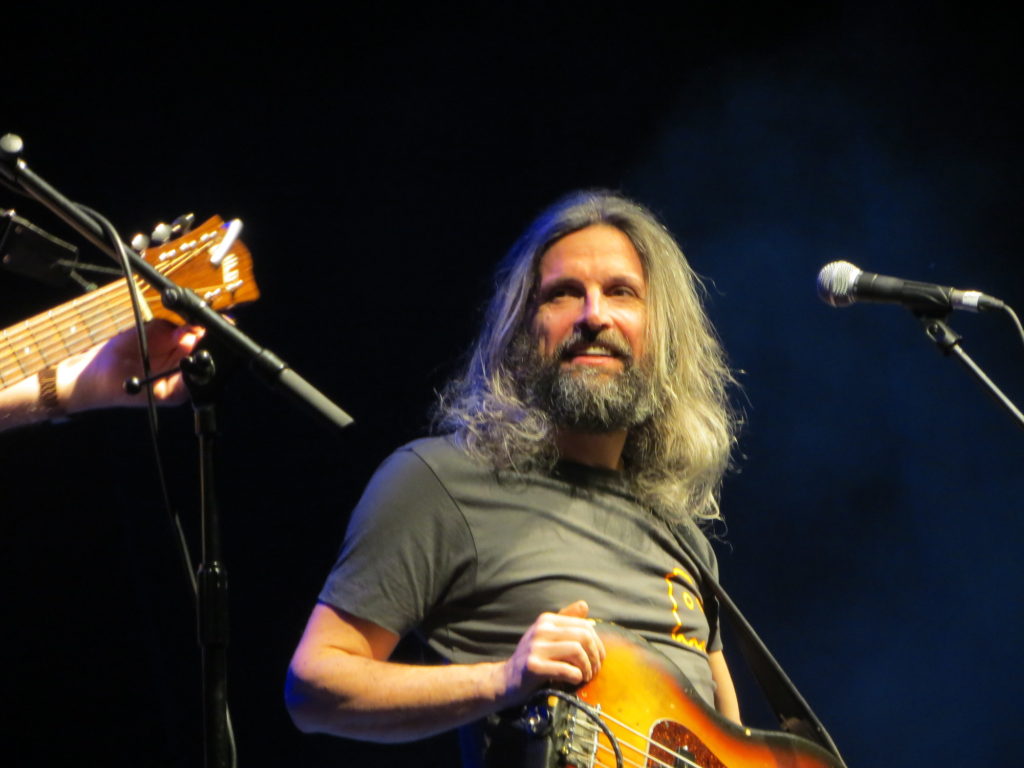 Ollie asks if we remember “The Optimist LP”. Er yes, all 2,000 of the Palladium’s mostly middle-aged audience concur before the band play Future Boy. Later, back from 2003’s Ether Song comes the tortured Rain City, with a reminder that “this song is in context now”.

Two encores close the evening, including moody and dramatic Black Rabbit and – yay! Underdog plus the wistful Keep Me Around. The evening ends with a birthday cake for drummer Rob Allum – it is undoubtedly a memorable evening all round. 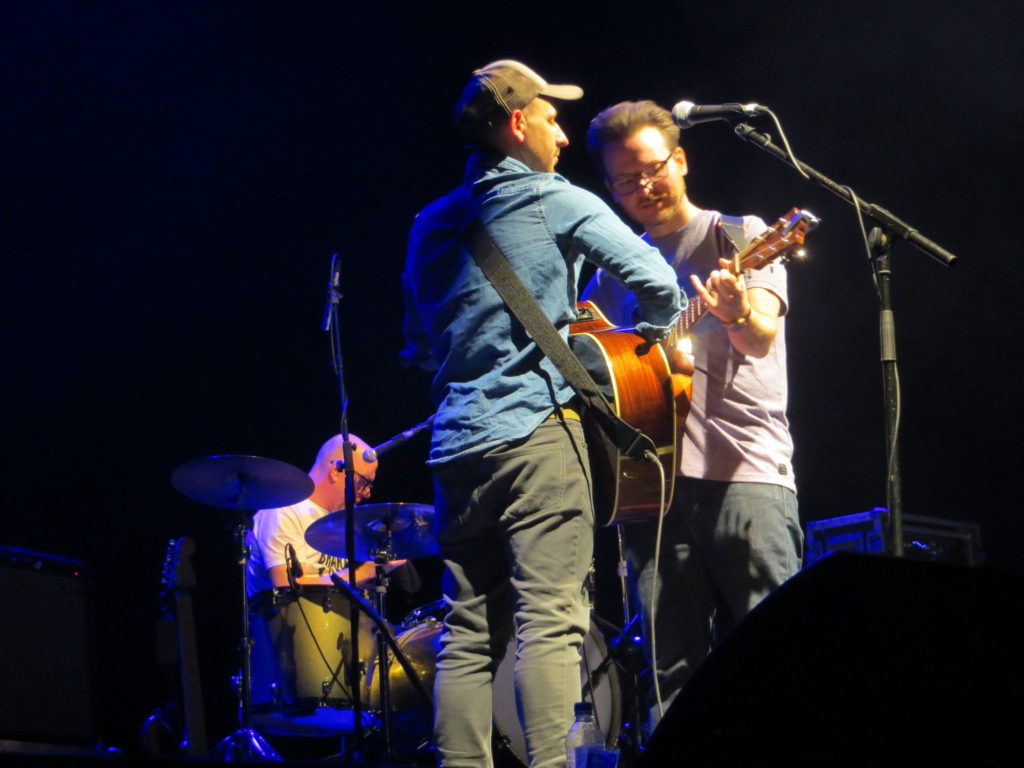