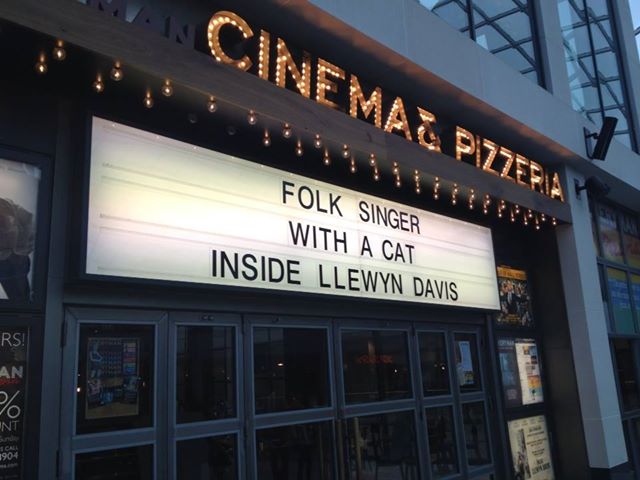 There is a certain poignancy to the death this week of the great folk hero Pete Seeger, the singer and songwriter of protest songs who helped define the folk music landscape of the last century. There are several of his compositions that I remember from my childhood and they feel like traditional songs passed down through generations, their composers lost in the mist of time. Yet these are relatively young songs, dating from the mid 20th century when Seeger, playing for much of the time with The Weavers, was most prolific. Turn, Turn, Turn, We Shall Overcome, Where have all the flowers gone?, such gentle songs, yet so deceptive, as they gradually unfold their anguish at the state of the world.

A less successful career in the folk world was the fate of Llewyn Davis, the anti-hero folk singer in the Coen Brothers latest film, Inside Llewyn Davis. Getting into that 60s vibe was helped by viewing the film at the gloriously retro Curzon cinema in Mayfair, London, it’s like stepping back in time with its polished wood fittings and low, restful lighting. Inside Llewyn Davis is a delightful film with superb characterisation – Oscar Isaac plays Llewyn, a pitiful, not entirely pleasant character trying to make it as a solo artist after the death of his singing partner. Characters and interiors of the period are richly reimagined, in particular the uptown apartment of Llewyn’s wealthy and intellectual friends, owners of the infamous cat, who are always ready to provide the homeless Llewyn with a bed and dinner.

There is a moment in the film when Llewyn refuses to ‘sing for his supper’ – it’s a perfect example of his pride, his refusal to compromise for his art, even if it means upsetting and embarrassing his friends and potentially destroy one of his remaining few chances of finding a bed for the night.

It was difficult to not just sit and feast upon the rigorously accurate period detailing: the New York apartments, the clothes, the interiors of Greenwich Village basement bars. The plot does waver somewhat and there’s a slight tailing away towards the end, but its an immensely enjoyable and original work.

One thought on “Focus on folk music: Pete Seeger; Inside Llewyn Davis”