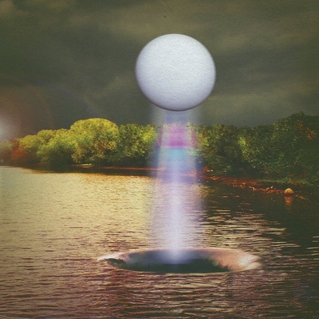 Putting together a list of favourite albums of 2016, I recalled writing last year’s collection. What a different world we now inhabit. Everything feels brittle and fragile, a sense of permanence lost. The loss of so many great musicians and artists this year has been raw and shocking.

However… there are plenty of releases I’ve really enjoyed this year, and inevitably the festival circuit has alerted me to lots of new artists. Autumn always seems to be taken up with seeing artists live who I’ve been captivated with at festivals over the summer. There has been a (welcome) resurgence of prog over the past few years, as can be seen in the selection below, and its impact seems to be becoming stronger – I’m sorry to hear though that Team Rock, who produce PROG magazine, has folded.

A wonderful parting gift from Bowie, and proof that as a restless spirit he was always prepared to experiment and charter new territory. The album cover of Black Star, with its myriad discoveries, is a thing of beauty in itself, to be examined and handled with great care.

Leonard Cohen You Want it Darker

A strong album with beautifully poetic lyrics, redolent with Cohen’s poetic sensibility, and replete with Biblical references. As an old man, Cohen looks back at his life and loves. His emotions shift from anger to wistfulness to an acceptance of his situation. The title track’s lyrics state ‘I’m ready, my lord‘… but one senses that the romantic in Cohen will never be fully reconciled with his elderly self. 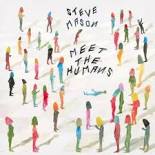 This collection feels very positive, bursting with emotion. Steve Mason seems to have reached a place of contentment and Meet the Humans should have you feeling uplifted. Planet Sizes is a particularly beautiful track, with overlaid harmonies. Alive is just that, a joyous reconnecting with the world, with a guitar and harmonica, its overriding sensation is a rush of spontaneity 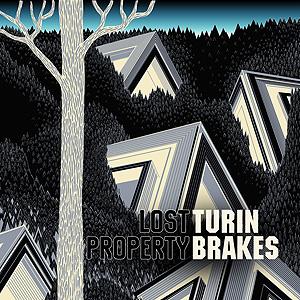 A beautiful collection of songs with those goose-bump harmonies that Turin Brakes are known for, such as on Keep Me Around and the slinky jazz-influenced 96. Turin Brakes always seem to be a bit under the radar, but seeing live them this year at Bearded Theory festival, it was a pleasure to see they have plenty of devoted fans. Lost Property ends with a flourish of Americana… Black Rabbit is a widescreen vision of the lonely open road, with its sonorous and melancholy guitar.

The Besnard Lakes toured relentlessly last year, and came back to the UK for a second time in the summer, hopefully attracting a host of new fans – this band deserve to be bigger. Listening to The Besnard Lakes is a multi sensory experience – their lush, multi-tracked sound hits you with wave after wave of gorgeous layers, carrying you along. A Coliseum Complex Museum lures you into their dreamy world with tales of nature and fantastical beasts – such as on The Bray Road Beast. Later meditative track Necronomicon is rich with swirling layers.

Having been blown away by the powerful early tracks such as the dramatic Night Witch with its distortion and fuzzy guitars creating a moody atmosphere, I’m now appreciating the album’s second half, in particular Kingfisher with its rippling guitars, a track which sounded so sensational live at Oslo, Hackney with support Dean McPhee’s guitar adding extra weight. Also Belong, reminiscent of Jethro Tull. In April the band are set to play Islington Assembly Hall, proof that Ruins and the last tour have gathered new fans and the band can fill a bigger venue.

Other favourite albums of 2016 include….

What have been your particular favourites this year?