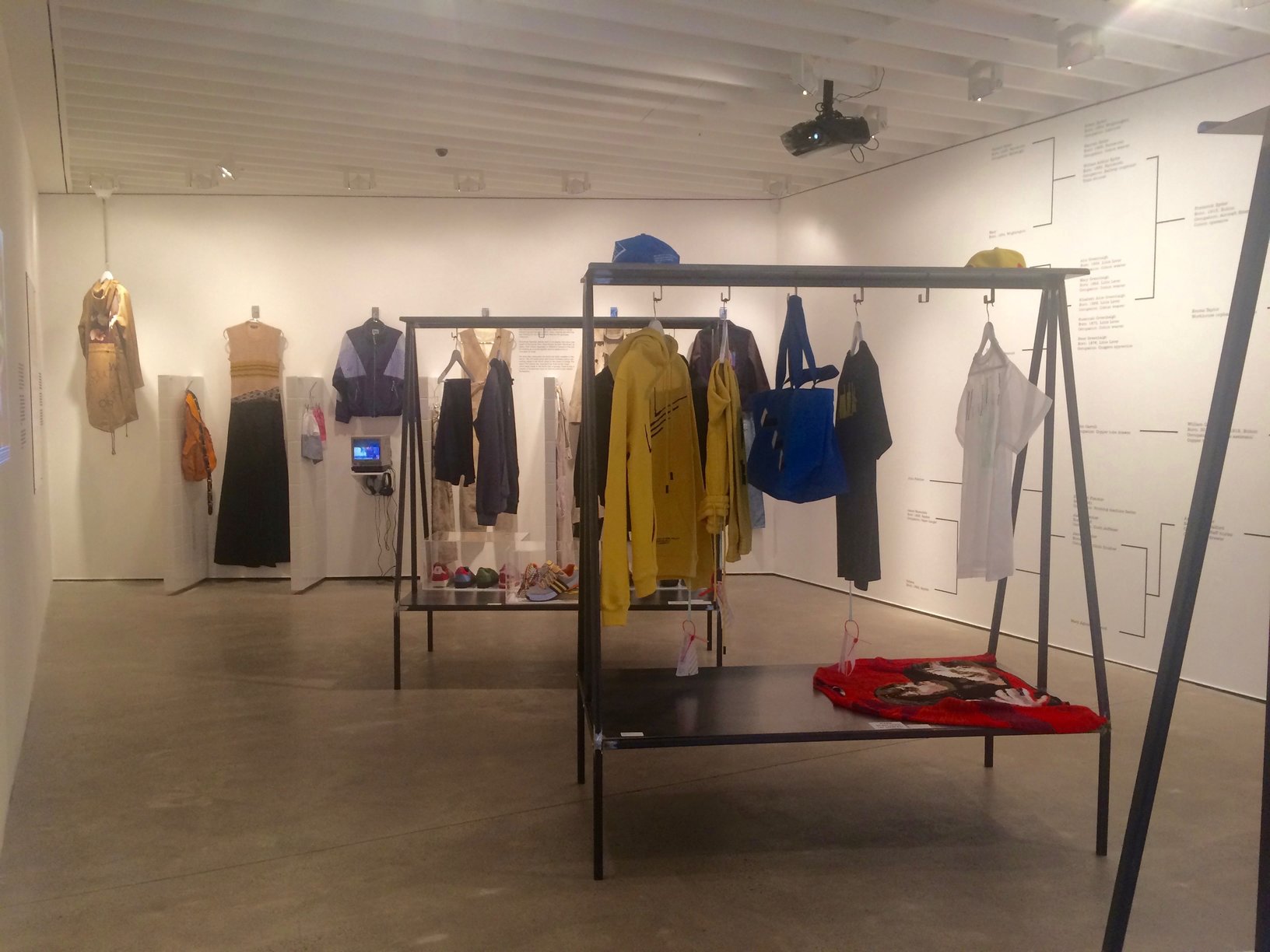 North: Identity, Photography, Fashion at Liverpool’s Open Eye Gallery, 6th Jan to 19th March 2017, is the first exhibition to be held as part of their 40th anniversary year. Curators Lou Stoppard and Adam Murray have taken an in-depth and far reaching look of the creativity of the towns, cities and suburbs of the north through different media and the way its influences are felt.

On walking into the gallery at the launch, the initial impression is of a fantastic, explosive energy which is almost overwhelming – photography, archive magazine material, fashion, interviews, installations. After wandering around in a dream, I then went round it all again, to process it and allow things to fall into place: movements and creative threads traced – photography overlapping into music, music into fashion…. 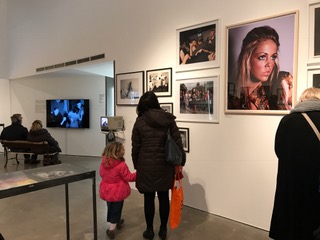 The first room of the gallery is dedicated to images by photographers who have helped shape a northern aesthetic; the work, primarily of street scenes, is bold and uncompromising. 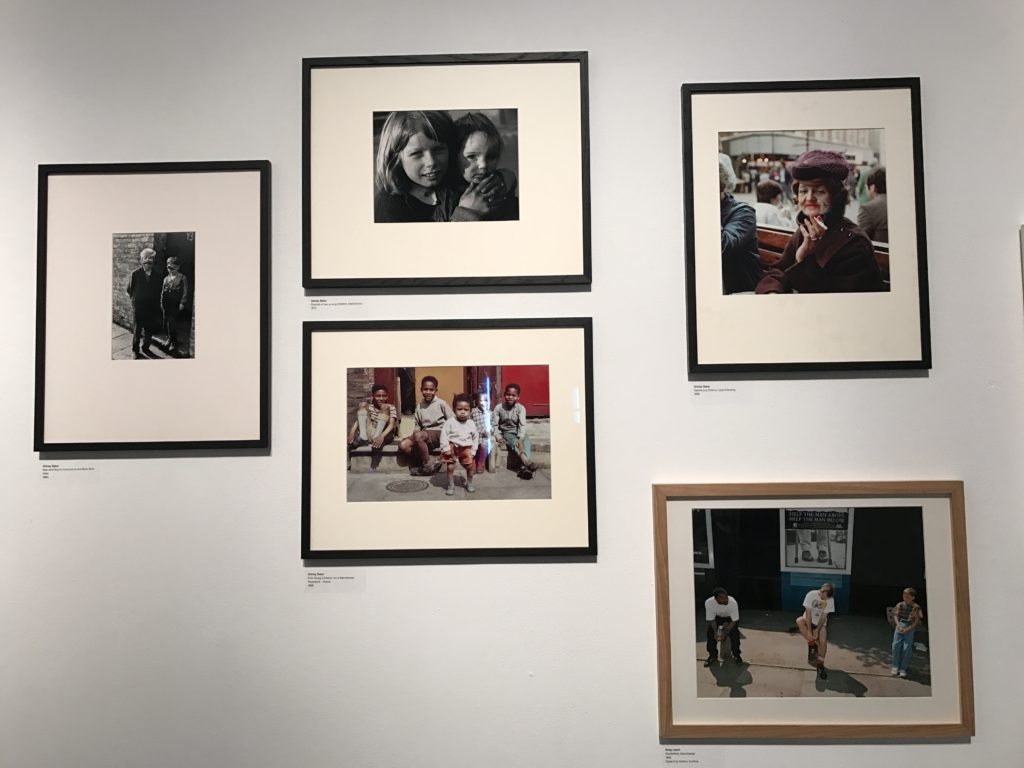 There are several images by Shirley Baker (in black frames, above) taken in 60s Manchester, and others from at a similar time by John Bulmer including his 60s image of two women eating chips, hair in rollers and covered by the then obligatory scarves. By way of contrast is Alice Hawkins’ fashion shot Liver Birds – two girls in 2013 out on the street, loud and proud, rollers worn as a fashion statement. 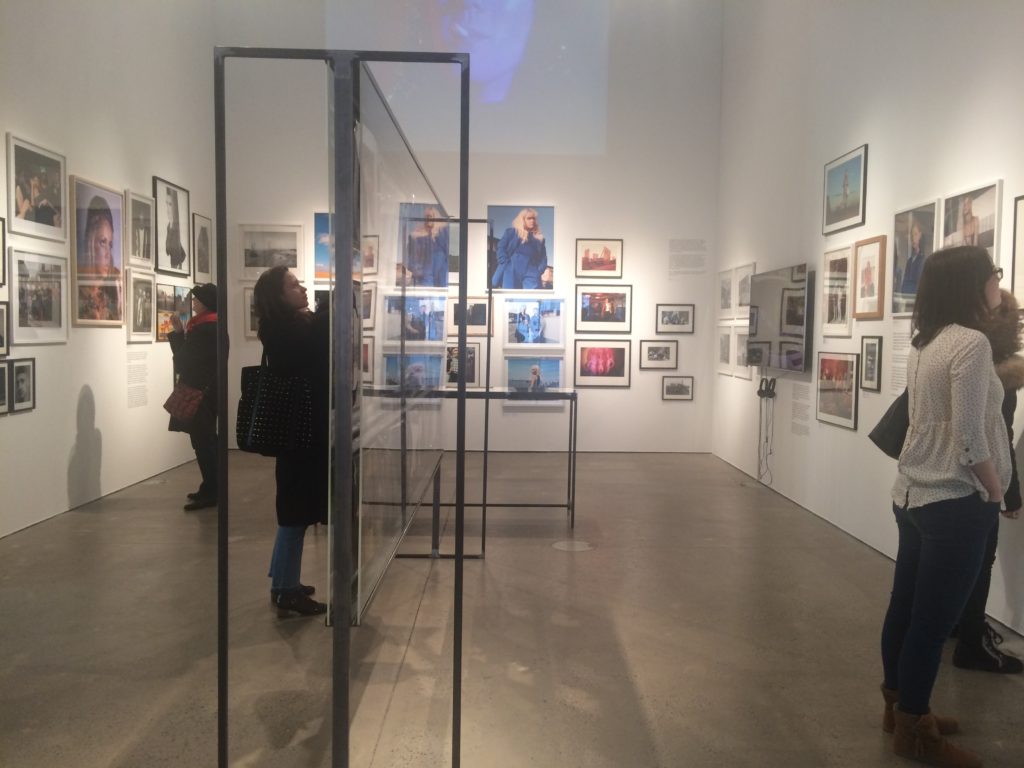 The next room documents and celebrates the idiosyncratic and identifiably northern influence on fashion. There’s very much a sport and casuals emphasis. Adidas archive trainers are beautifully displayed and includes a Raf Simons parka from the A/W 2003 Control collection, with graphics by Peter Saville, designer of Joy Division and New Order cover art.

The space upstairs offers a more contemplative and personal experience. Produced by Showstudio, the space is decked out as a late 50s/early 60s series of room sets. At the launch, the din downstairs seemed far away as visitors tip-toed round silently, listening through headphones to monologues by stylists and fashion figures, memorable moments of their childhood that had set them on their career trajectory.

There’s plenty of humour, affection and pride in this comprehensive exhibition which takes in documentary style photography through to current fashion. From bleak post-industrial landscape to pioneering moments of fashion and clubland, northern towns and cities have been a cultural force, and this is a timely and inspirational show.

One thought on “A powerhouse of a show: North at Open Eye Gallery”