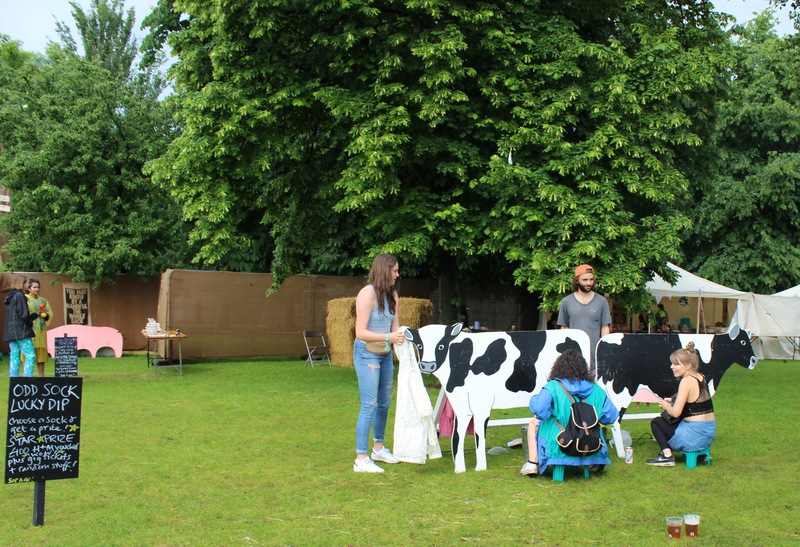 I was tempted to call this piece “A Tale of Two Festivals”. Saturday at Field Day 2016 was primarily geared towards a mid-twenties crowd, with plenty of dance music and DJs on offer. The centre of the site featured the festival’s delightful Village Mentality area where games and general silliness were in full flow on the ‘village green’, complete with hay bales and cake stalls. A brass band played nearby. It made it all feel like a big, good-natured party rather than a festival. Sunday felt quite different, with an interesting mix of up-and-coming and established artists, plus a more demographically mixed crowd.

My primary must-see was Floating Points playing live, and he didn’t disappoint, this was a stunning set of jazzy techno which fitted well with the early evening slot. 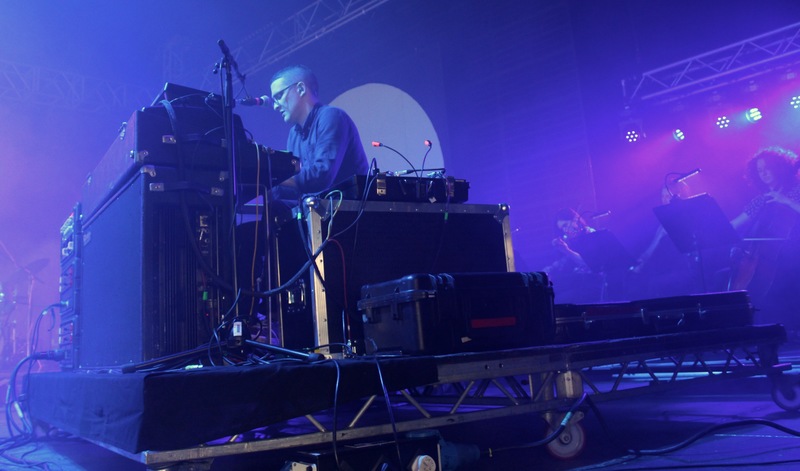 The main-stage set by Four Tet was equally enjoyable although, despite Kieran Hebden’s appeal, halfway through we decided to check out some of the other stages – FOMO is a big problem at Field Day. We prepared to move off but once away from the crowded area around the stage, Four Tet sounded even better (there’s certainly been a big improvement to the complained-about quiet main stage sound system), so we threw our bags down and danced like lunatics till the end of his set. 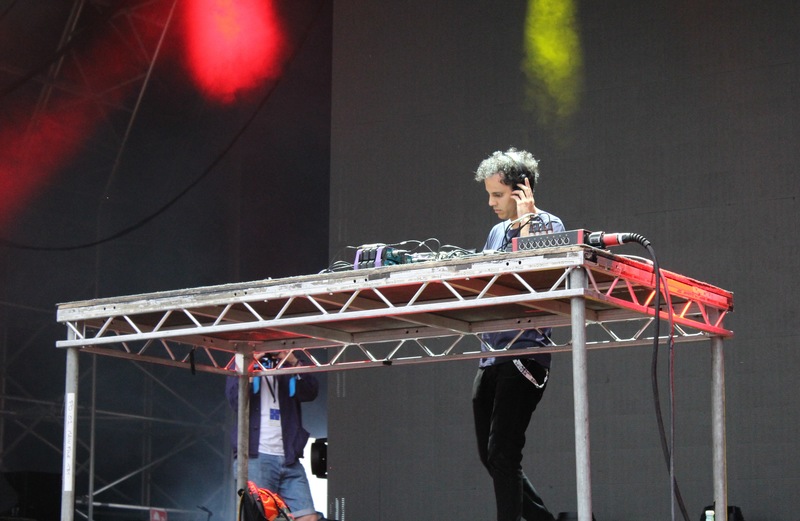 We returned to Field Day on a soggy Sunday where we found it was all change on the the music, and indeed the vibe. The crowd were somewhat older, and I admit to being delighted at the sight of a number of people of my age (40s, 50s).

There was more than enough intelligently-curated music to take us through the day – Thurston Moore was an inspired main-stage addition, all churning guitars and laconic vocals. However a clump of must-see artists in the evening entailed mad dashes from one end of the site to the other, not an easy task with the intermittent rain turning the heavy-trafficked areas into a mudbath. I was sorry to miss Goat, but did catch a set by Blossoms, a band who have quickly risen through the ranks, they performed a solid set. In search of summery vibes, I checked out Aussie band The Temper Trap – they were less the laid-back Aussies I was expecting and delivered quite a high-energy set – Down River sounded particularly good. 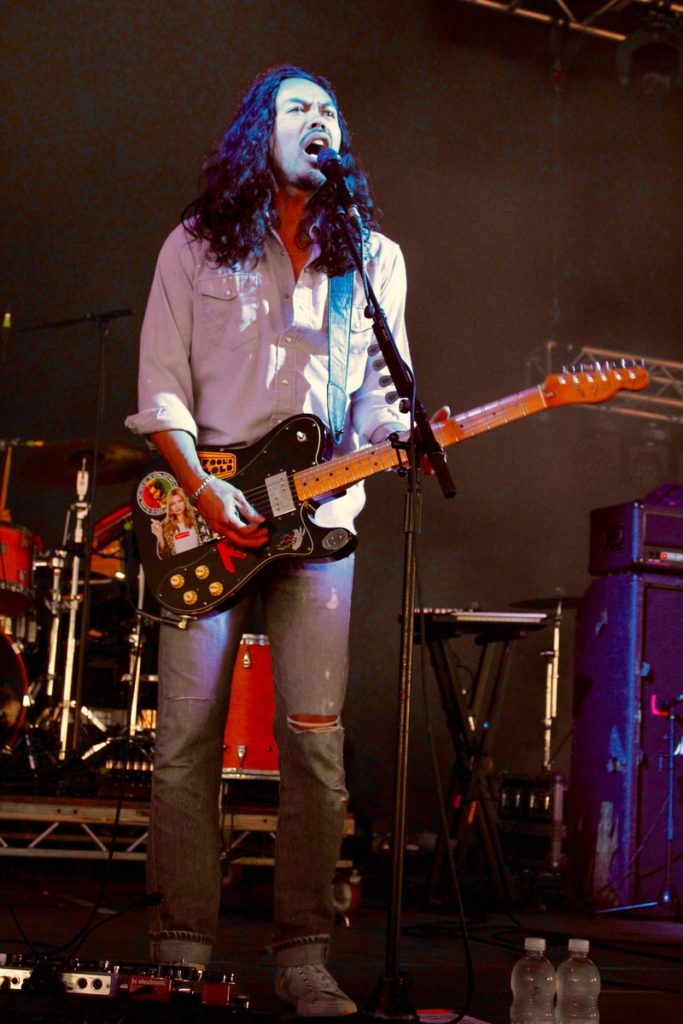 It felt like an honour to see Air at last– and I’m glad to say the French duo were spellbinding. The appreciative crowd sang their way through Sexy Boy and Kelly Watch the Stars, by which time the rain had stopped and a glowing red sunset was starting to appear. 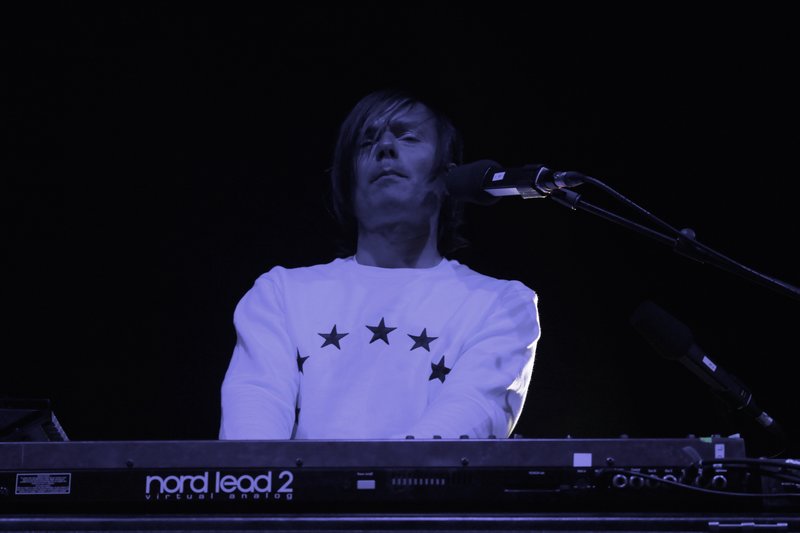 PJ Harvey announced her arrival in military style with a marching band. She looked like an exotic bird, feathers ruffling as she strutted across the stage. The audience were in raptures as PJ played a mix of her new and older numbers. Down By the Water and To Bring You my Love possessed a raw, powerful menace. 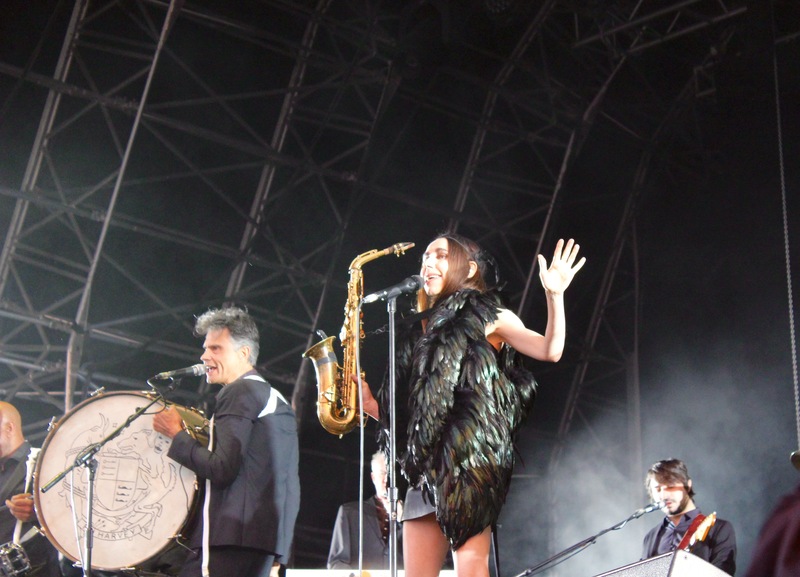 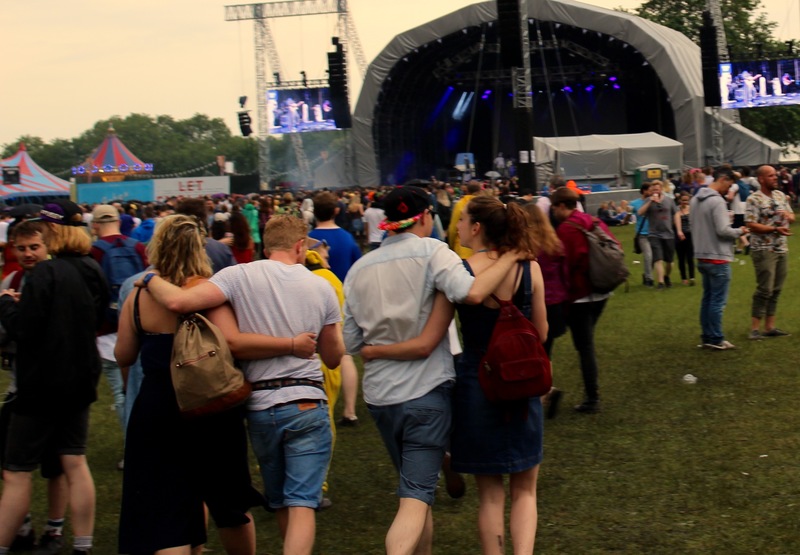 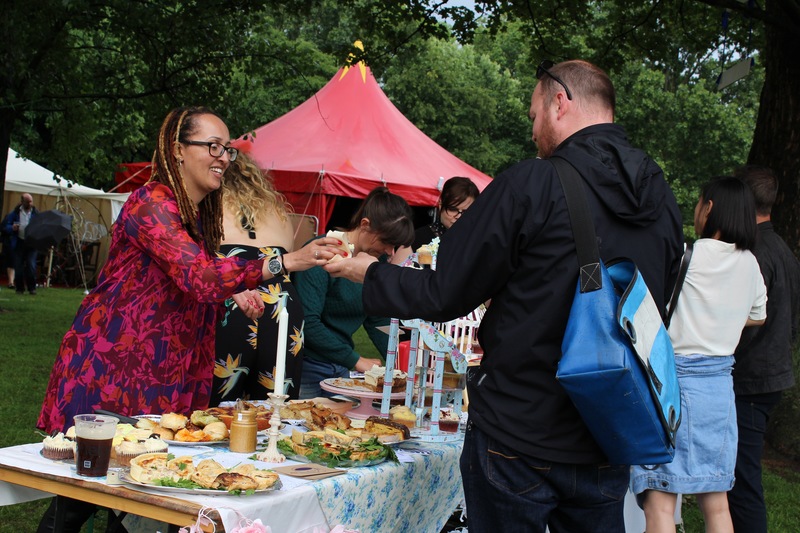 We also enjoyed sauntering around the site trying to choose from a hugely varied selection of food trucks. Buddha Bowls did a healthy veggie curry which we loved, and Crabbieshacks were popular with their soft-shell crab burgers.