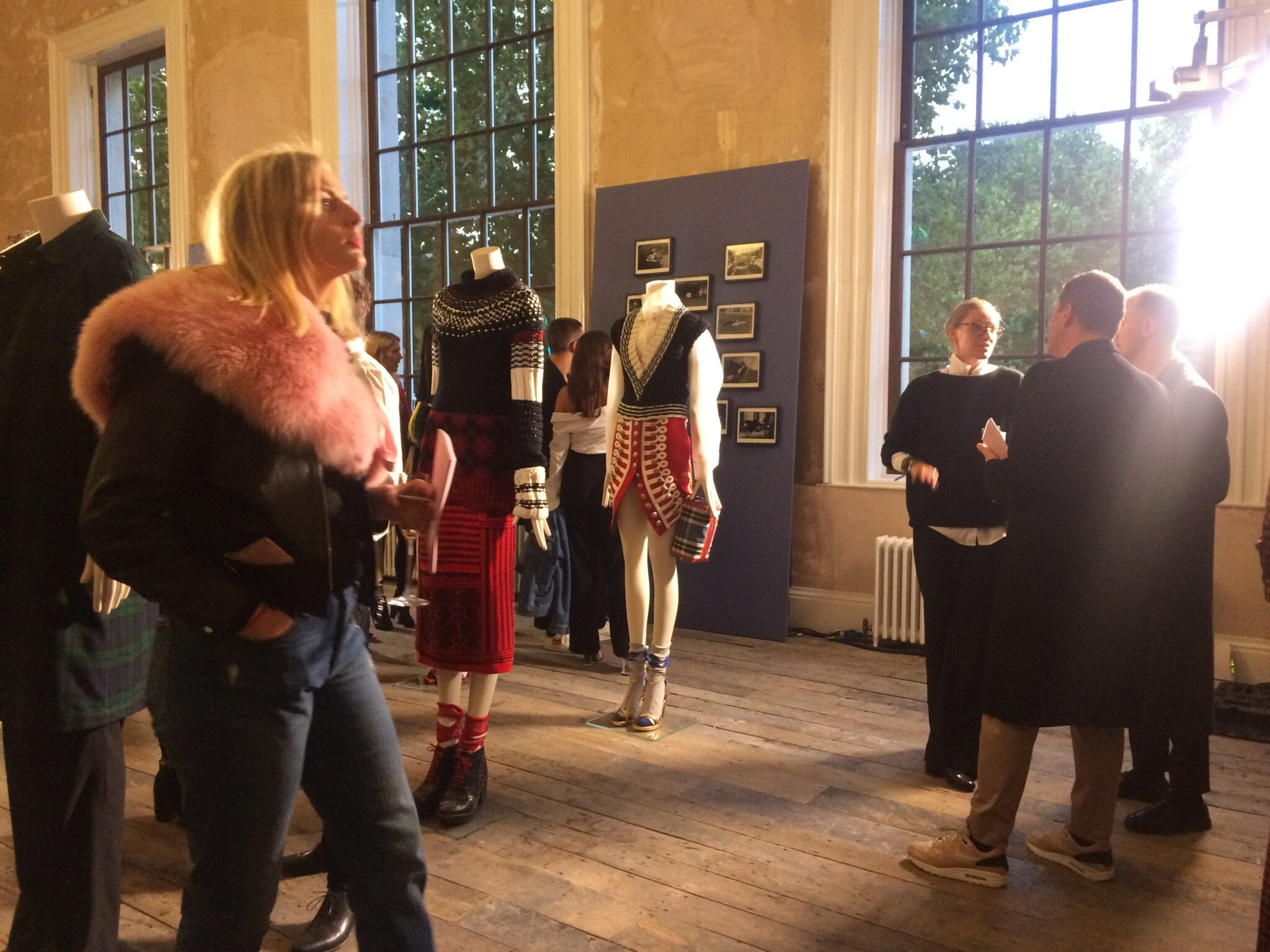 There is barely a moment, whether it be a fashion movement or a colourful cake, that doesn’t find itself Instagrammed to death these days. How different were those post-war decades as British society dusted itself down and embraced a changing world – buildings, furniture, tribes, fashion, music, food and holidays, so much was temptingly on the horizon – for some at least. We have to thank a relatively small and dedicated group of photographers who discovered a love for the camera and their subjects, who painstakingly documented British life and have produced not only beautiful images but ones that act as a historical record. Many of these photographers are featured in an exhibition hosted by Burberry, where the September collections are on show alongside the photographic work. Entitled Here We Are, the exhibition is taking place at the beautifully restored Clerkenwell venue Old Sessions House, a fluid and light-filled space which works perfectly for this symbiosis of photography and fashion.

Curated by Burberry president Christopher Bailey and Lucy Kumara Moore, the photography represents, as Bailey states, “a portrait of British life, in all its nuances, both exceptional and mundane, beautiful and harsh”.

From Tatler photographer Dafydd Jones and his images of debutantes and balls to Colin O’Brien’s traveller children; from Chris Steele-Perkins reggae dancers at 70s clubs to Janette Beckman’s Two Punk Girls, Hyde Park, the breadth and vibrancy of British society is explored as the century unfolded, shaking off its post-war despondency.

The photographic work on the first floor is displayed against the exposed walls, divided into typically British themes: gardens, houses, picnics, weather. The images are in turn wry, amusing and heart-wrenching.

Some photographers realised that they were capturing a time of great upheaval, and although change and modernisation were welcomed, they had an underlying sense that communities were being broken apart. Shirley Baker captured residents of ‘slum’ areas of Manchester and Salford in the 60s as they were moved from terraced homes to new tower blocks. Similarly in the 70s, Daniel Meadows recorded over 1,000 people and the way they lived in his social experiment Free Photographic Omnibus. He witnessed similar distruction of community bonds as the ‘old way of life’ receded. Here We Are displays photographs and video from his project – the video of three young boys interviewed about their racing pigeons is a touching example.

Alongside the works, reflecting the quirky, defiantly individualistic spirit of the images are the new collections by Burberry. Displayed on mannequins, they invite you to walk amongst them and touch and examine the clothes. There’s a sense of innocence, playfulness and joy about the collection: fine, gossamer- delicate embroidered dresses are paired with heavy clog-shaped ankle boots; a knitted tank top gets the Bay City Rollers treatment, paired with above-ankle length tartan trousers; yet another tank top is paired with a military inspired skirt, short socks and high heels. The classic Burberry check gets a look-in too, with jackets, bags and a cap here and there.

You can dally further at this exhibition: coffee and cakes at the pop-up Thomas’s cafe or linger at the Claire de Rouen bookshop where there’s a small but well-chosen selection of books by some of the photographers represented at the show.

Here We Are, Old Sessions House

The exhibition ran from September 18 to October 1. Free.

A new exhibition of work by Shirley Baker called Airport 87 will be on show at Manchester Library from 5th October to 6th January 2018.

Work by Martin Parr is on show in 8 September – 22 October, Weston Library, Oxford