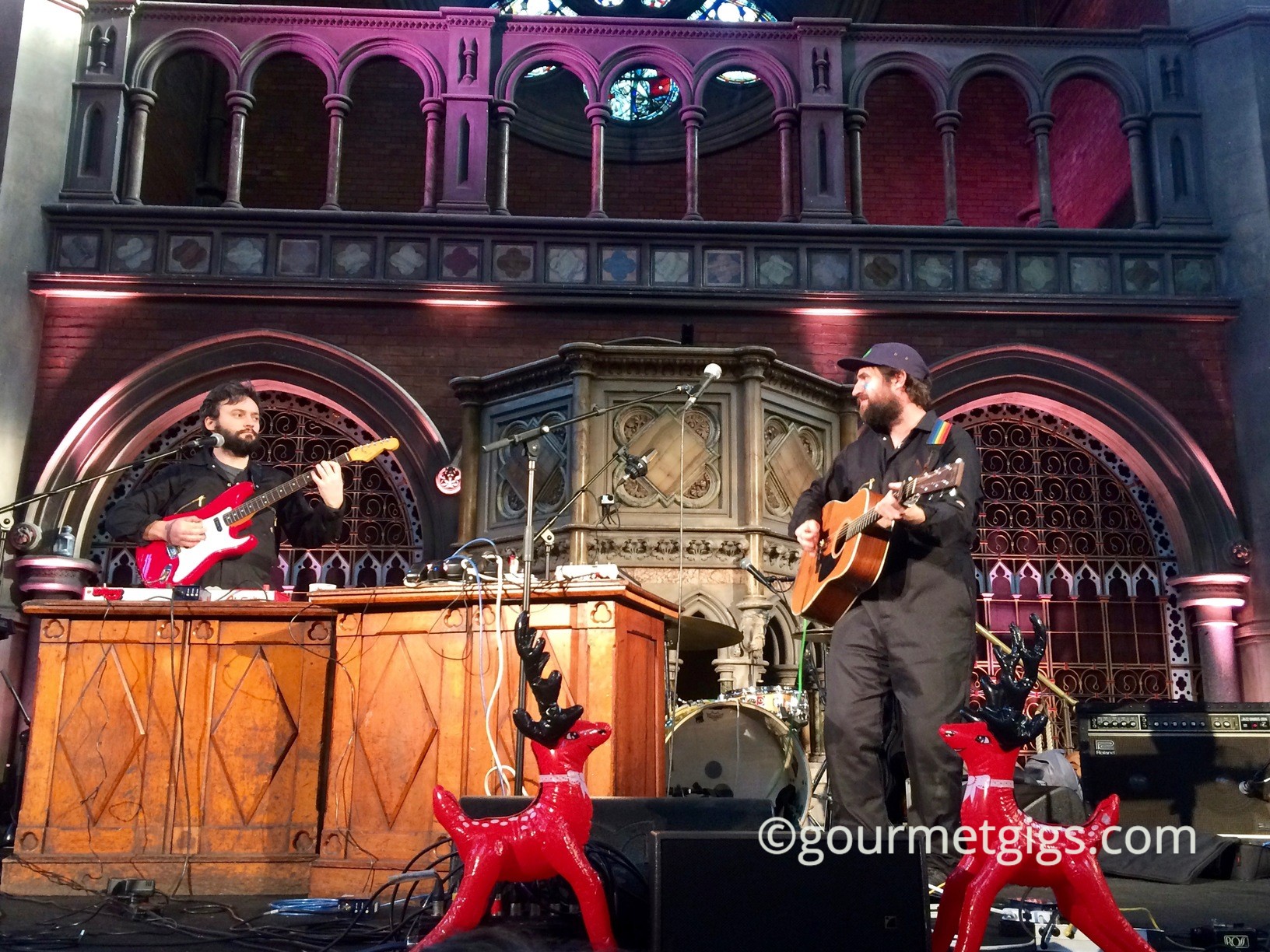 The Daylight Music sessions at Union Chapel in Islington are gentle, pay-what-you-like lunchtime concerts with tea and cake. There are around 30 sessions per year. This Saturday was the turn of artists on the Lost Map record label run from by remote Hebridean isle dweller, Johnny Lynch, otherwise known as Pictish Trail.

Lynch and team bounded onto the stage in matching black boilersuits, Lynch sporting a hipster gone wild beard and a touch of festive glitter. He included Dead Connection from Future Echoes, upbeat with glorious harmonies yet somehow with a mournful touch. 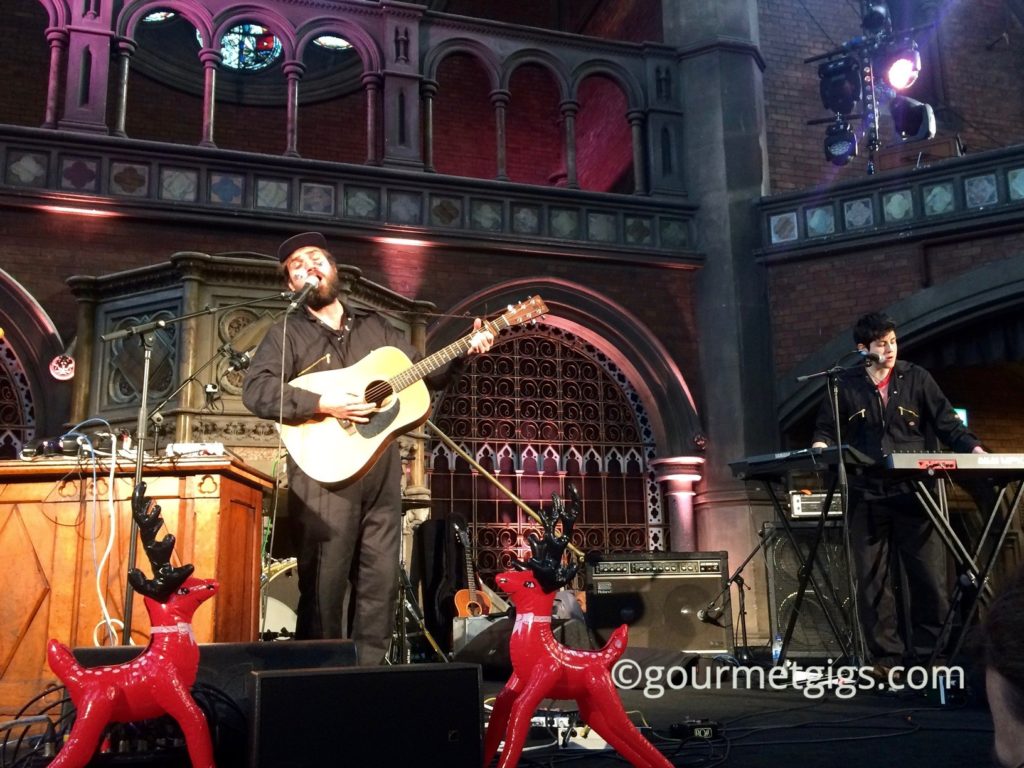 Next was Alabaster dePlume, an enigmatic performer with disarming humour with impeccable timing and a mastery over dramatic silences. DePlume instills a feeling of tension as you’re not quite sure where he’s going with a particular idea, or what he’s going to do or say next.

Next up were five-piece band Manuela. The eponymous Manuela may have been dressed as a 1960s folk hippy songstress, however the material was altogether something tighter, more playful and poppier – more akin to the Franz Ferdinand roots the band spring from.

I remember Serafina Steer from End of the Road in 2013 where she played the harp, today she plays alongside her violinist and drummer as Bas Jan. After a gentle and wistful first song about Walton on the Naze, the rest of the material took a far stronger, more dramatic and ballsy turn. Bas Jan’s strength lies in their harmonies and in the violin which intensifies the drama of the material. 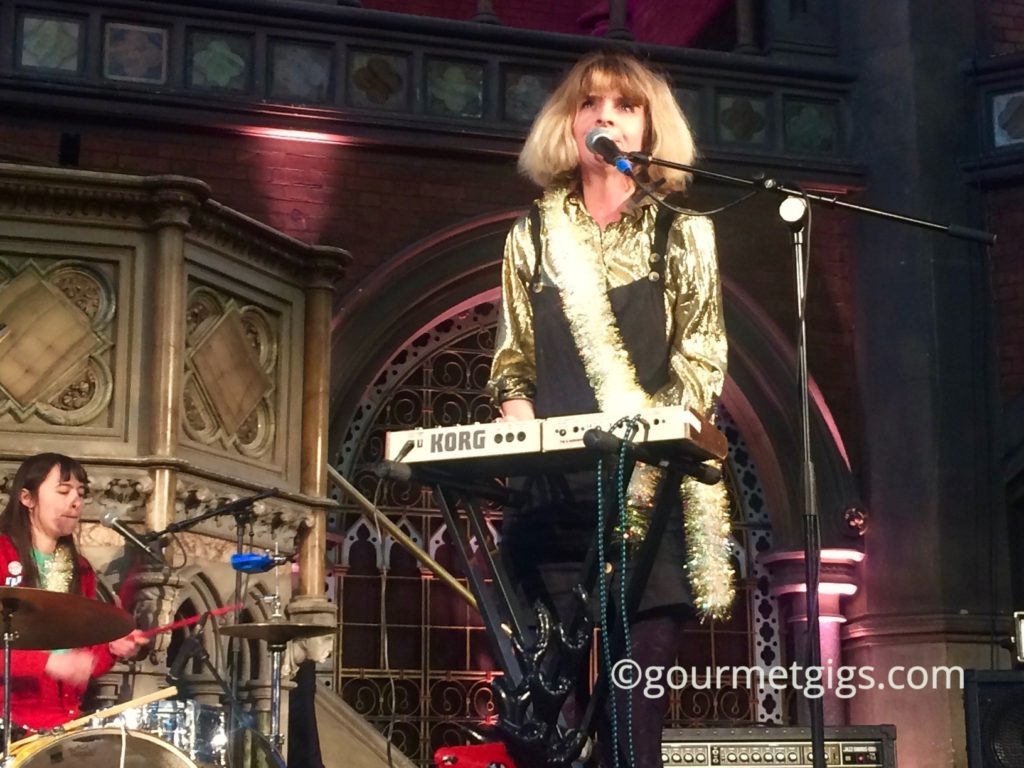 I’d intended to see Pictish Trail that evening but I was a bit slow off the mark and discovered it was sold out – hence the rush to Union Chapel for this event. This wasn’t just Pictish Trail performing but instead a Christmas party of compelling performers.  Pictish Trail now carry on touring the country.