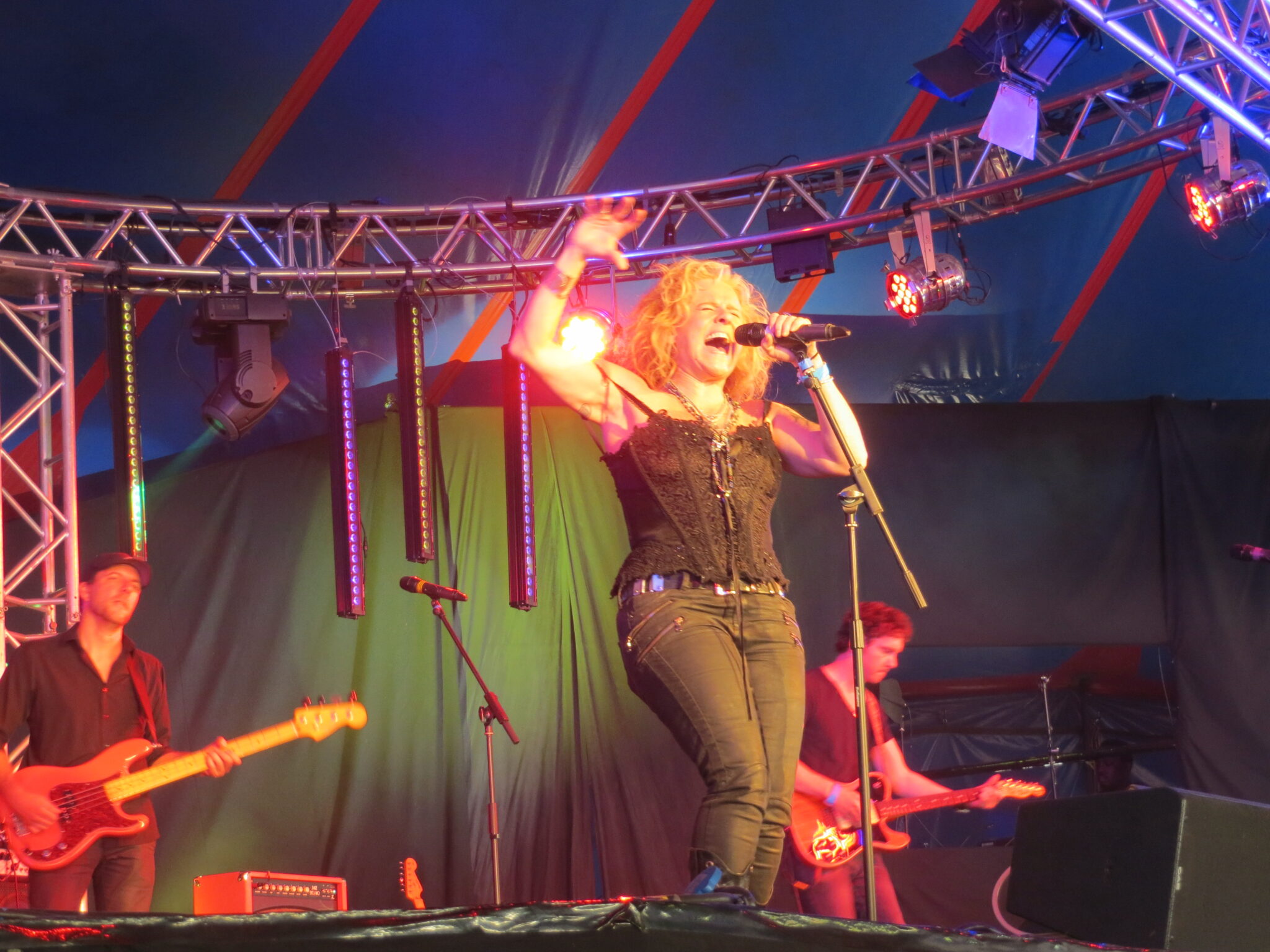 Imagine a festival that only costs £5 entrance, has a choice of stages, several food outlets, the obligatory clothes and jewellery stalls plus a clairvoyant or two, a decent-ish bar, spotless portaloos with no queues… ok no camping, but then you can’t have everything. This is what’s on offer each year at Ealing Blues Festival, held in Walpole Park, a stone’s throw from Ealing Studios.

Up till 2012 Ealing Blues Festival was a one-day affair, however this year the organisers managed to persuade the local council to allow them a full weekend, at £5 per day and £8 for both days, with music starting at 2pm. This part of west London is steeped in r&b history, a magnet for many renowned blues musicians who honed their skills in the local venues; pub venues such as The Bull’s Head*, Barnes and The Half Moon, Putney, and conveniently in nearby Hanwell, Marshall amps first set up shop. 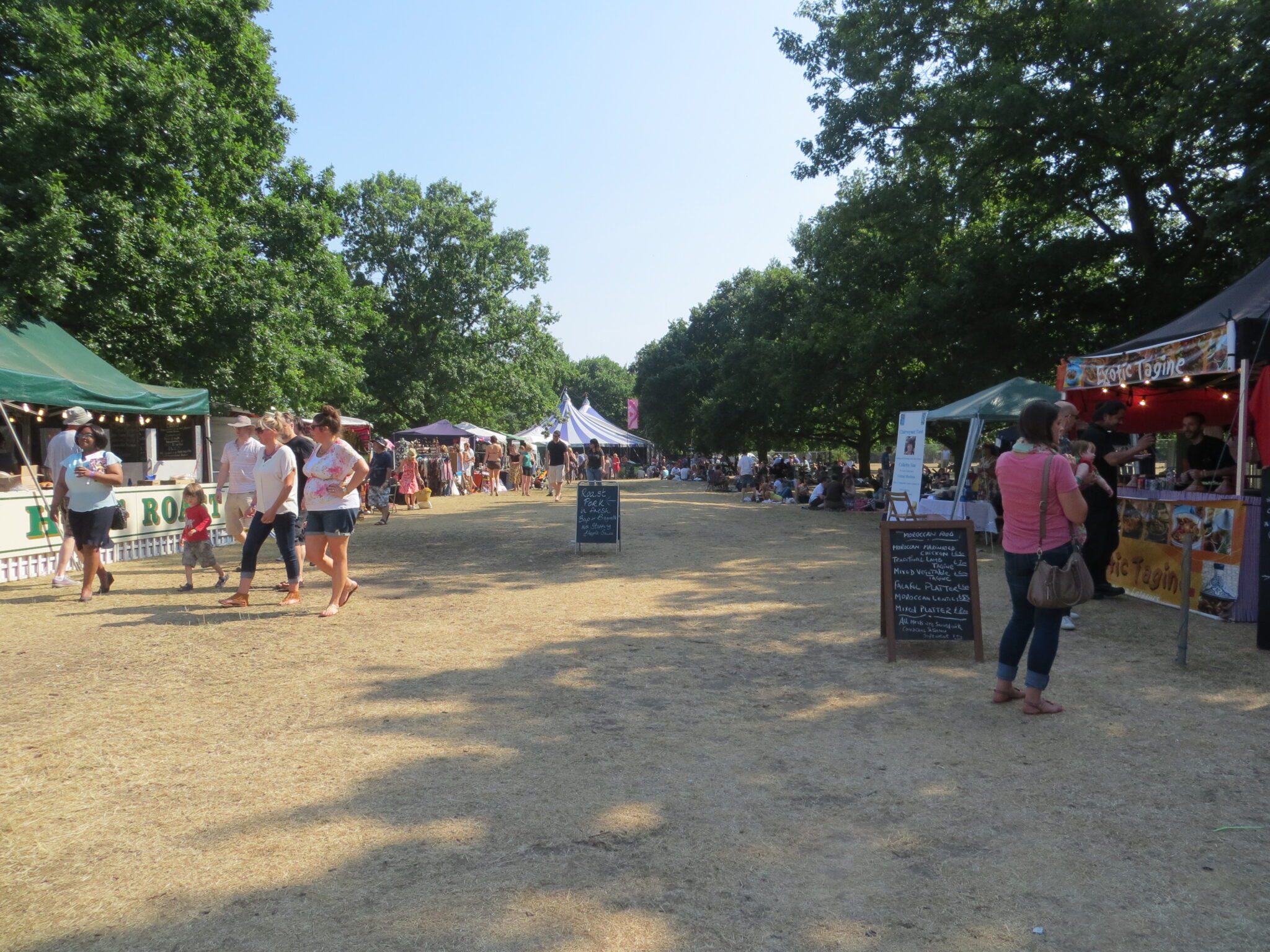 The main stage is the setting for a collection of fine blues players throughout the Sunday afternoon I attended, including Papa George, and Ali McKenzie, formerly of 60s band The Birds (not Byrds), who played a variety of classic blues tracks. The Birds did at one time include Ronnie Wood amongst its members. Their set included a superb version of Hoochie Coochie Man. 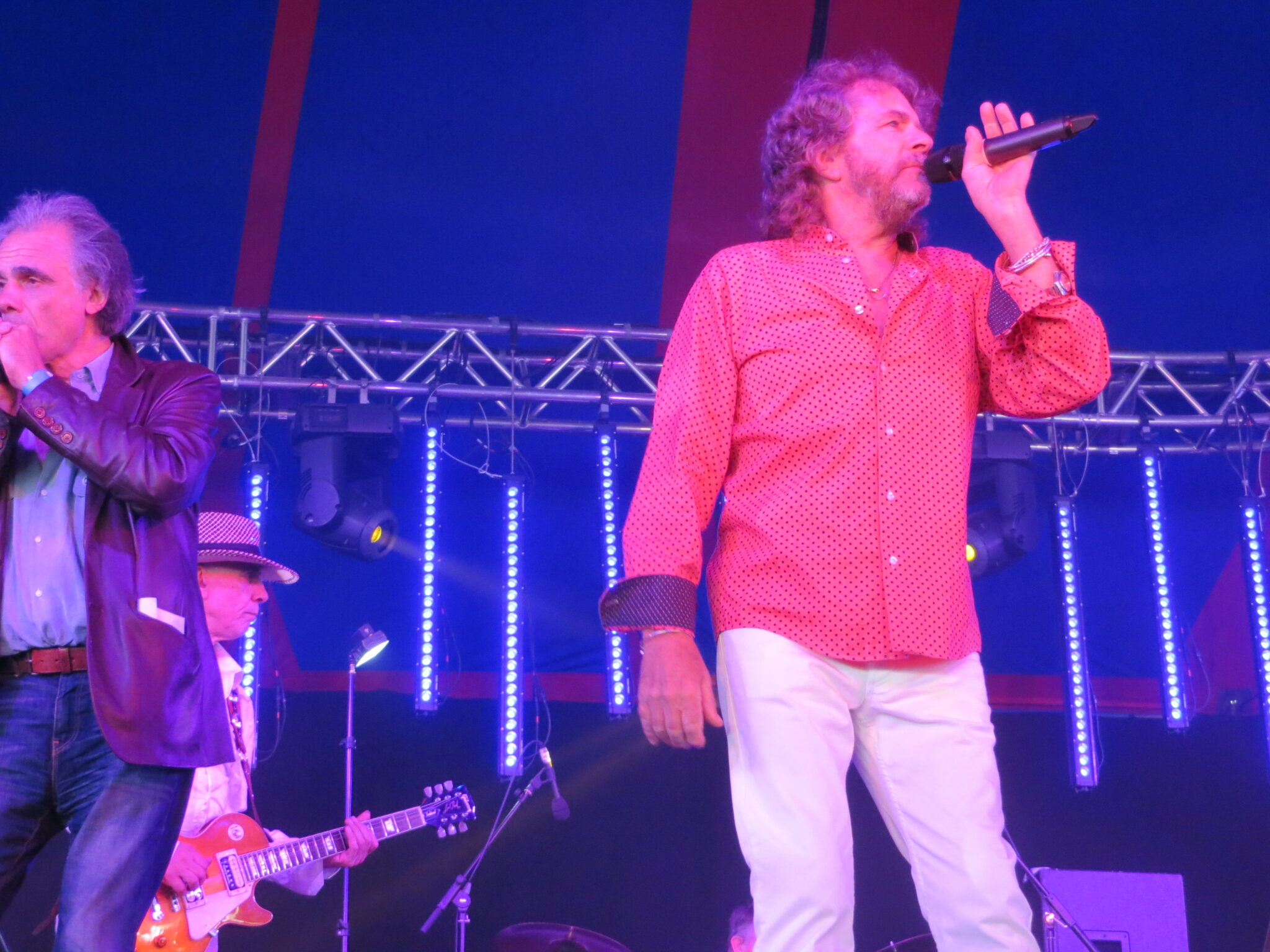 Nikki Lamborn and her band Never The Bride, are veterans of Ealing Blues Festival, and she’s a classic blues diva, a tough rock chick vocalist and composer. I slightly dread it as she launches into Oh Lord, Won’t You Buy me a Mercedez Benz? as it can never be as good as Janis Joplin. However Nikki has the strength of voice to pull it off and just tweaks it a little to make it her own. They will be at the Half Moon July 31st.

The South Stage tent offers a more contained and intimate atmosphere, making it easier to really listen to a band. The Gary Fletcher Band are for me the most enjoyable experience of the day, with a blues mix over a long set; they also managed to get the audience, nearly at snoozing point in the sweltering heat, up and dancing. They play many of their own compositions. Their sound is given an extra edge by the captivatingly beautiful violin playing of Tom Leary.

Headlining are the legendary Dr Feelgood; Canvey Island’s finest, but with the inevitable connections to Ealing. Such is the warmth and love for this band, you could almost feel it flowing from the crowd on to the stage. Robbie Kane is in fine form, bouncing from one side of the stage to the other, and they are a fitting finale to this now weekend-long event of blues celebration in its natural home.

* There’s an announcement at the festival of the change of ownership of The Bull’s Head and concern that the new owners won’t uphold its legendary status as a blues and jazz venue. However from their website, it looks as if its future is secure

Were you at Ealing Blues Festival? Did you enjoy it?