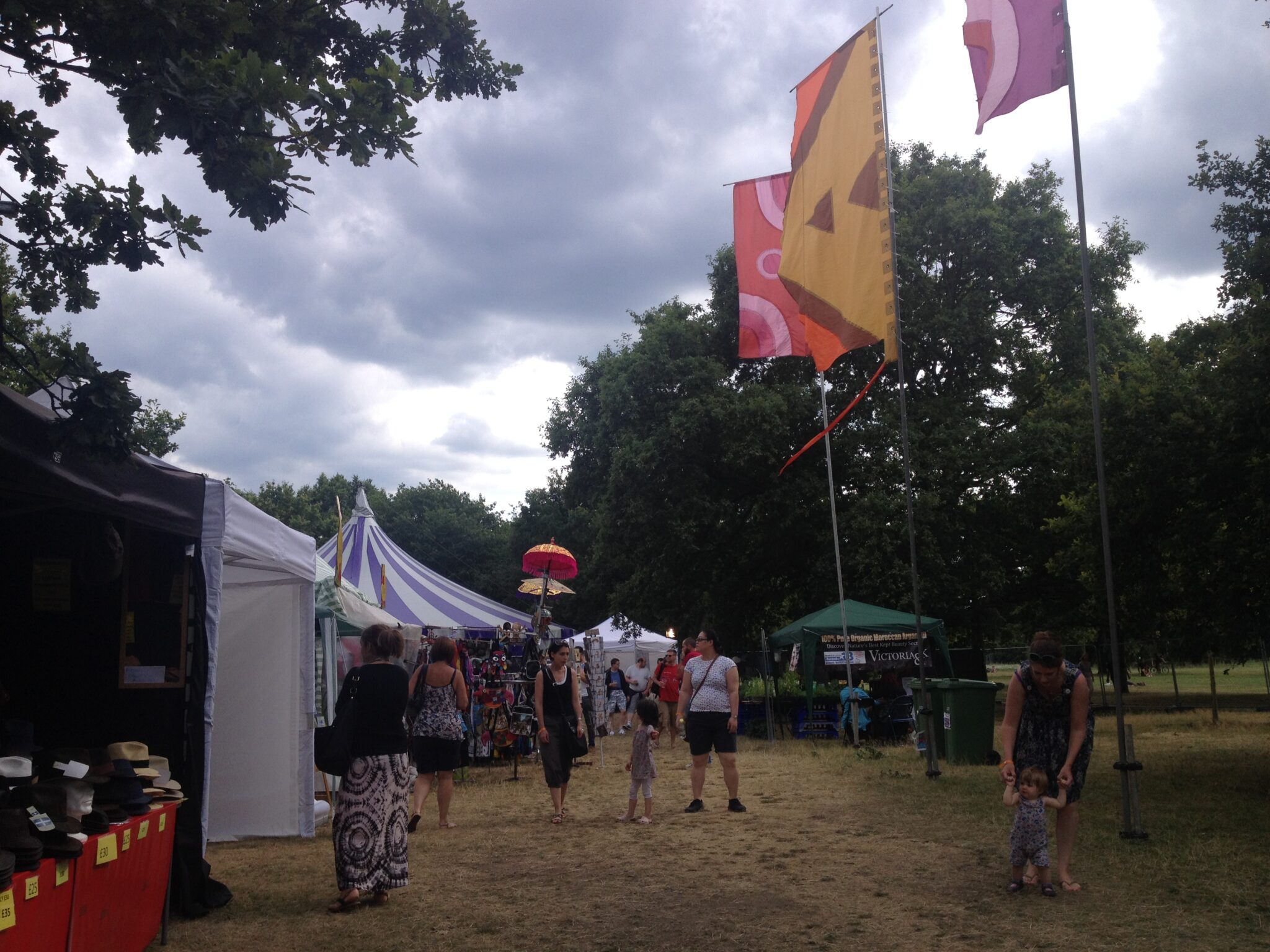 Ealing and its jazz and blues festivals have been a summertime fixture over the years at beautiful Walpole Park. I’ve attended the last two Blues festivals (read Ealing Blues 2013) but this time round we rolled up for the final Jazz day. I wonder if the organisers have a pact with the weather gods? Each time I’ve been to Ealing’s summer festivals, it has been warm and mostly sunny.

The organisers have found a winning formula and each year just do some minor tweaks – after all, why mess with something that works? There’s a generous-sized bar (complete with pianist and double bass entertaining the clientele later in the afternoon), two large music tents, set at either end of the ‘arena’, almost enough (clean) portaloos to service Glastonbury, and plenty of merchandise for those who are fond of a spot of festival shopping. Food stalls punch somewhat above the festival’s weight, which is no bad thing. Vast portions of jerk chicken sizzle on a grill, Moroccan tagines bubble away, there’s the French La Grande Bouffe with its giant pans of wine infused creamy potato, and delicious salted chocolate brownies at the cappuccino stall are hard to resist.

We sat and watched Sarah Tandy and the Watertight Group with the expressive trombone player Tom White joining them. They had gathered a huge crowd in the main tent; the sound was relayed by speakers to the crowd picnicking on the grass outside. Later we were entranced by the sinuous Latin rhythms of Geoff Castle’s and Paz Reunion Band who particularly suited the occasion. They have been together, in various forms, over many years and it was intriguing to find out that their guitarist Ed Speight played with Ian Dury and on Tubular Bells.

The other joyful performance of the day was a roving band who made their way around the festival site carnival style – Dick Cook and the Jambalaya Parade Band. Their New Orleans style jazz was utterly infectious and they got several members of the crowd dancing. 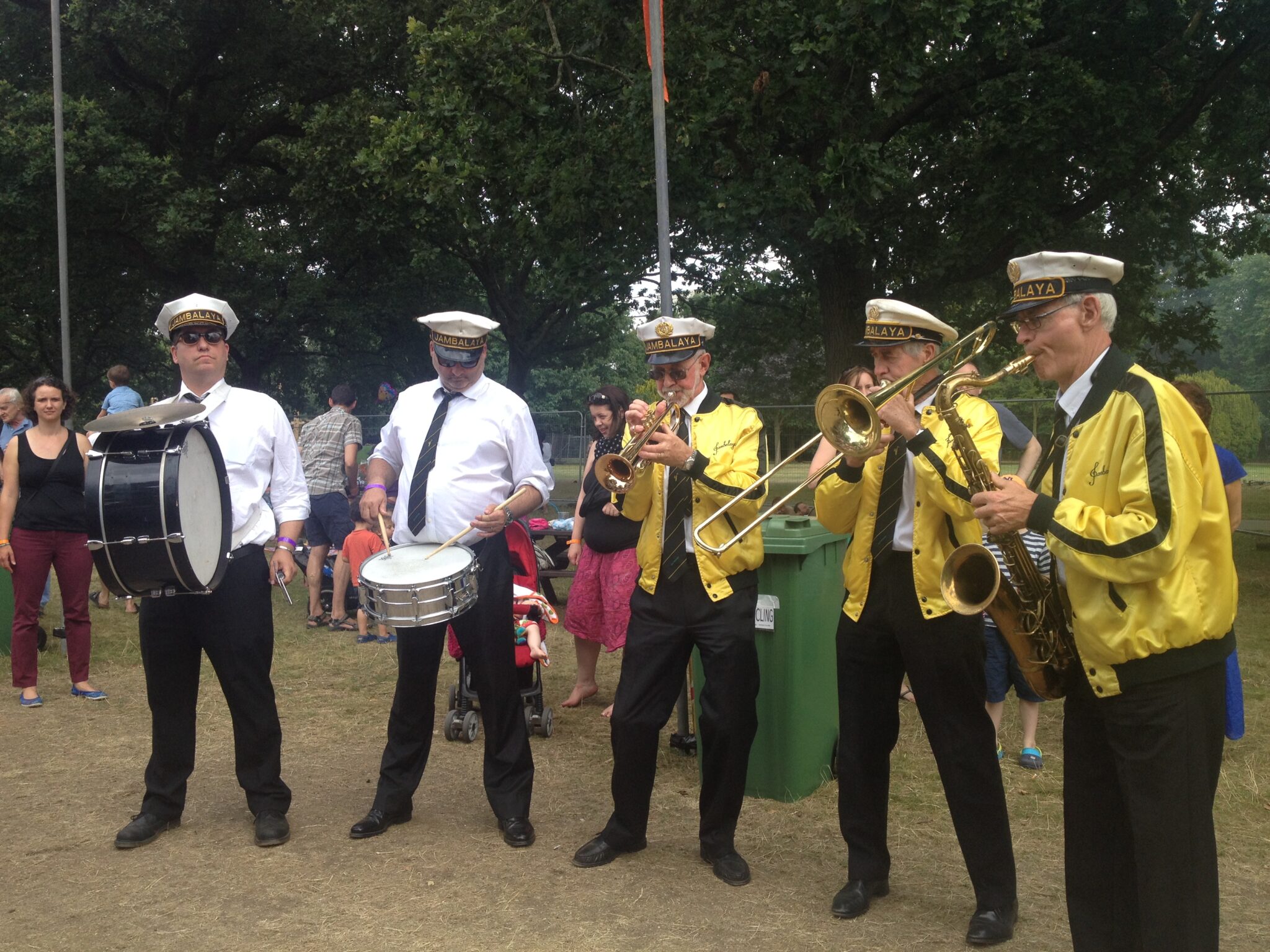