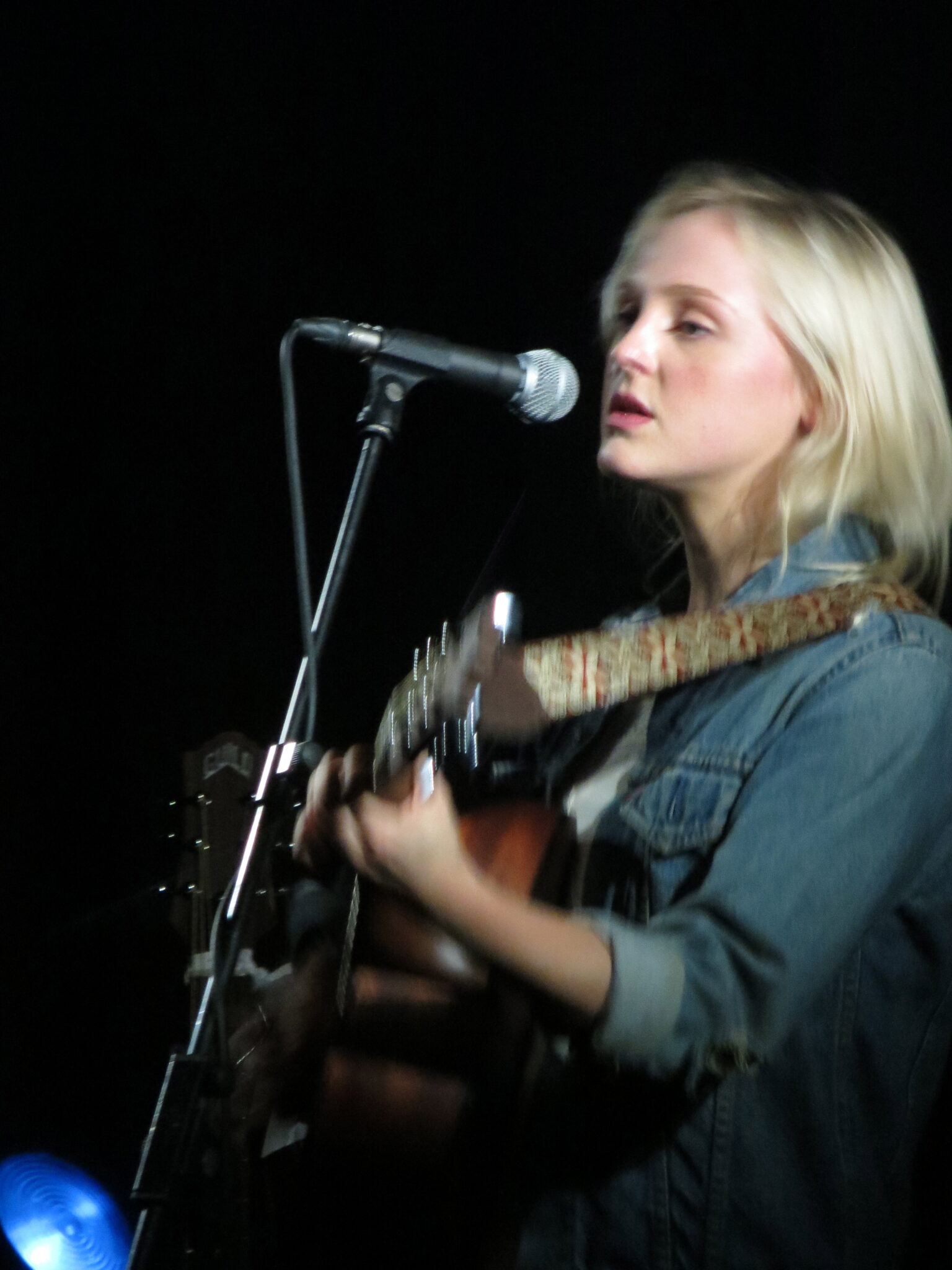 Laura Marling performing at York Hall, a boxing hall in Bethnal Green, sounds initially like a bit of an mismatch. But during one of her chatty moments between songs, Laura informs us that she used to live locally and she asks the audience for an update on the area. These days, Laura’s an L.A. babe. ‘Come back’, a male voice shouts from the auditorium. Laura smiles, maybe a tad nostalgically, but I don’t think England’s shores are currently on her agenda; new horizons and experiences and a sense of freedom are more important right now.

There’s an incredible power in the unleashing of the suite of songs from Once I was an Eagle that opens the evening. You could have heard a pin drop as Laura sings Take the Night Off, I was an Eagle, You Know, Breathe. Rather than seek communication with the audience, there’s a strong feeling of her retreating into her own head to summon intensity as she sings. Her music has matured and developed and life experiences are adding passion to her lyrics: responses to situations, lovers, fights, cruelty, giving in to love and becoming vulnerable. There’s a strong influence of Joni Mitchell coming through in the phrasing.

The set includes earlier material, such as Rambling Man, and Alpha Shallows with its Russian balalaika feel. Both Ghosts and Goodbye England feel like very different material from her most recent work. 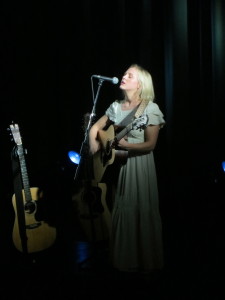 As for the chat, Laura regales us with a couple of amusing stories. One involves taking a cab to Shepherd’s Bush Empire and the cab driver enquires who is playing tonight. ‘Me’, she says. But you get the feeling that this is a side of the evening that she only enjoys to a certain extent and she looks relieved to get back to tuning her guitar and move onto her next song.

Laura famously doesn’t do encores, she informs us we should imagine the song before last is the end of the set, if that’s what we want. This is in keeping with the rest of this evening’s performance: no frills, uncompromising, at times melancholy, powerful.

Seating/standing: There’s the choice, once inside, of downstairs standing, or upstairs where there are two rows of seats in a horseshoe shape. The balcony is fairly low so the seating area doesn’t feel too distant.

Pre-gig drink/food We discovered a decent, ungentrified pub called The Hare nearby. For eating, try the Korean cafe Hurwendeki, less than 5 minutes walk from York Hall.