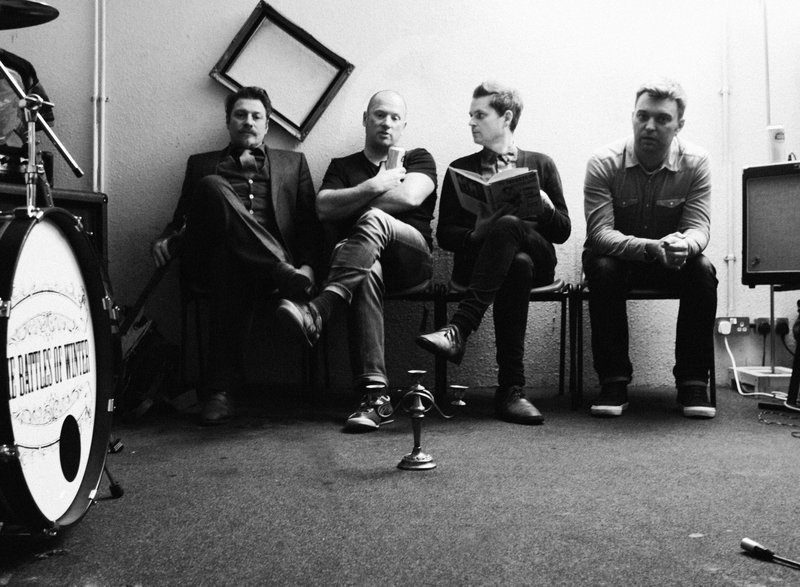 Battles of Winter’s second album At Once with Tattered Sails was released (download only) on September 23. “The difficult second album?” the band announce on their Facebook page. Having given the album a metaphorical spin (actually, about ten), my answer to that is a definite no. This new offering from BoW exudes confidence – the band have stepped outside of the territory of first album Standing at the Floodgates to produce a collection of nuanced and explorative material.

BoW have been plugging The Wrong Port – their second single – on social media, a track which feels more conventionally structured and most tethered to their first album. It’s the first track, Falcons, with its powerful opening notes, that encapsulates the band’s new explorative phase. This is a mesmerising, self-assured number with Alistair Gail’s vocals sounding distinctly Morrissey-esque at the start.

Battles of Winter know how to do tension and they exploit this effectively. Death in the Lemon Grove and Hare Hunter’s Field lay on the drama with Gail’s doomy vocals perfect for these mysterious and atmospheric numbers, which conjure up scenes and images without spelling out the narrative too literally. Influentially, there is still the energy of Editors, and a couple of nods, lyrically, to British Sea Power (Favours in the Beetroot Fields).

After the first album I described BoW as ‘deep, layered, sonorous and dramatic’ – this new album displays a maturity which I trust brings them a legion of new fans – they deserve it.

Battles of Winter play a free gig in Camden at The Unicorn on 25th November.