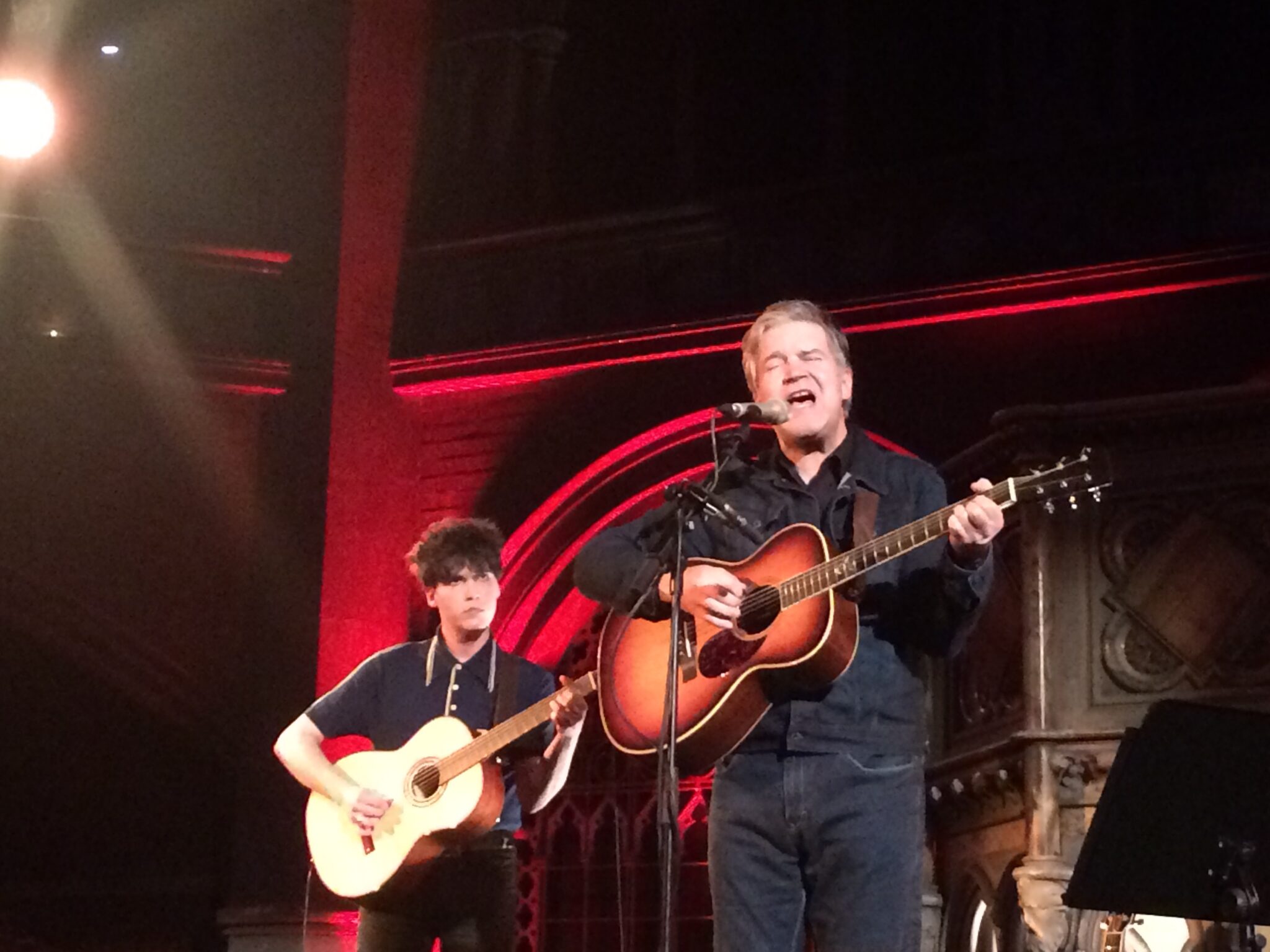 I noticed that Lloyd Cole was sporting that slightly tricky sartorial trend, double denim. Later in the set, Cole made reference to his outfit. He related a story about a visit to Austin, Texas, where at a honky tonk bar he observed “much younger women dancing with older men… who all wore double denim”. Much of Cole’s amusing onstage patter revolved around the indignities of the ageing process and had many members of his similarly aged audience laughing in recognition.

But I digress…  this was an evening devoted to his earliest music from 1983 to 1996. Standing alone on stage, he opened with Patience, followed by Perfect Blue, Rattlesnakes, My Bag, Love Ruins Everything and many more of his songs about love, infatuation and relationships gone awry. No wonder Cole’s words resonated so deeply with those of us in our teens and twenties, he explored the minutae of that world that young lovers inhabit, closed off and inwardly focused; his lyrics were universal, an exploration of our emotional world.

Cole’s voice is still deeply expressive and full of warmth. Some of the material suited Cole’s solo performance, but there were also songs I would have liked the accompaniment of the Commotions, to bring out the full expressive qualities of the material. Perfect Blue from Easy Pieces could have been so much more with the mournful harmonica.

For the second half of the show Lloyd Cole introduces his special guest, his son William Cole, who is an accomplished guitarist. It was a pleasure to observe the close relationship between the two. The addition of an extra figure on stage ramped up the evening a notch. Cole offered a few more insights into his life: the ups and downs of the recording industry; then he brought the illusions of a song crashing down. The delicious and atmospheric Charlotte Street, where ‘she took me down to her basement flat’ was actually… a squat round the corner on Upper Street. Other songs followed Hey Rusty, No Blue Skies, and Perfect Skin.

This was Lloyd Cole’s final gig of the tour. The Union Chapel audience were among the most well-behaved I’ve experienced. It was a pleasure to see Cole in such an intimate atmosphere – especially at the lovely Union Chapel. What I hadn’t expected was to find Cole’s skills as a raconteur, his dry, world-weary, self-deprecating charm, such an engaging part of the evening.