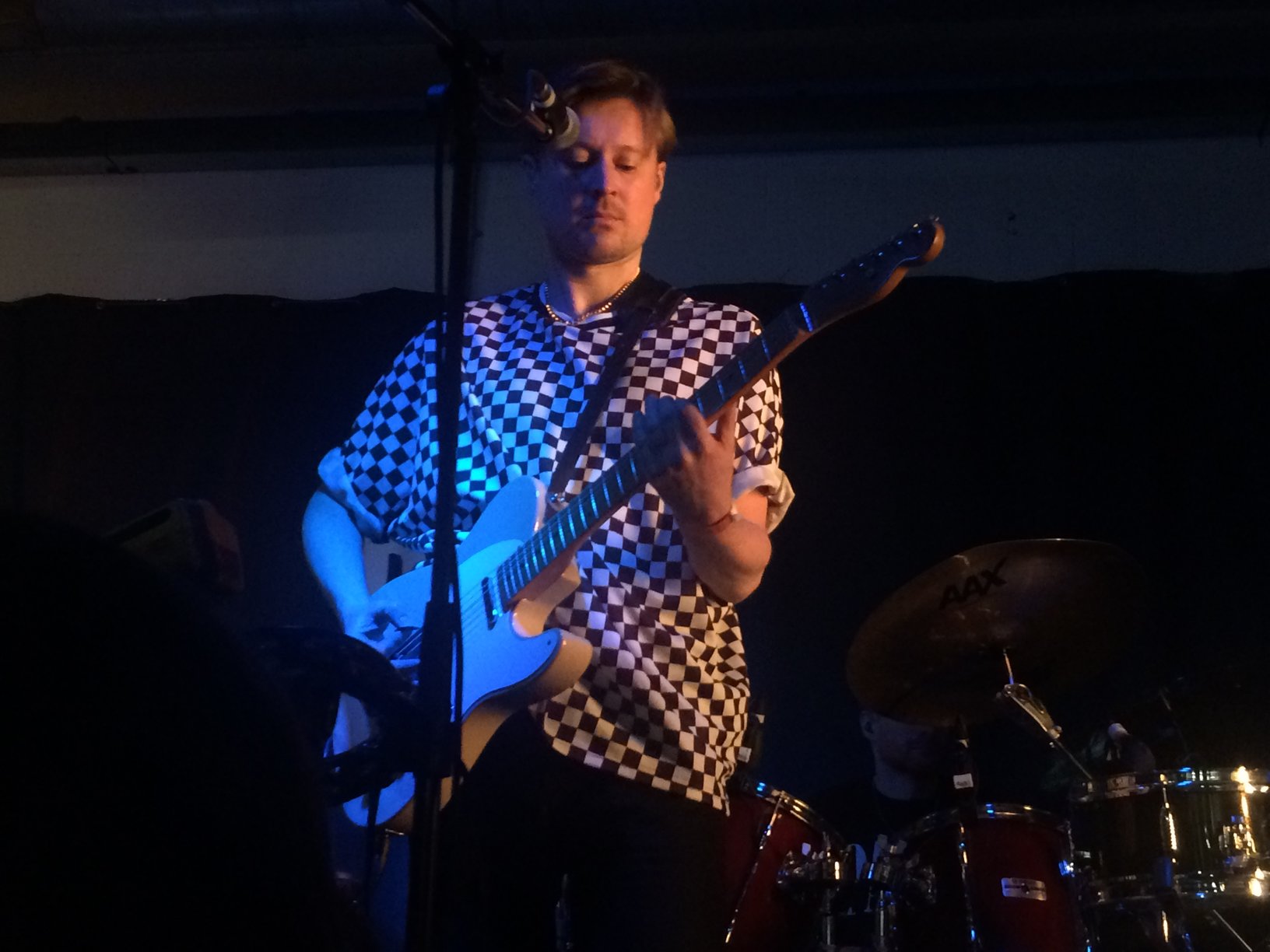 Arty indie band Django Django showcased their new album Marble Skies at Rough Trade East. Their distinctive sound is still there – the deep echo effects, the whoops, the harmonies – sun-dappled and wistful, adding an intensity and beauty to their songs. And there’s always that compulsive beat underpinning their material, almost forcing you to head on to a metaphorical dance floor. Marble Skies, a long time in the waiting, sees the band engage in a level of experimentation which takes them out of their comfort zone, while they still retain that distinctive reassuringly Django-esque sound. 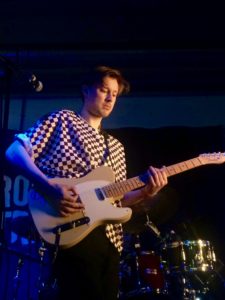 The band played a selection from the new release: title track Marble Skies, which opens with a burst of 80s synthy pop and indulges in a bit of vocodery amusement. Tic Tac Toe, the first single, is classic Django Django with bells on – the catchy hooks, the lush harmonies, razor sharp composition and playful humour. Later in the set, they play the powerful In Your Beat which sounds somewhat like a Beach Boys-Krautrock mashup.

Rebecca Taylor of Slow Club and now Self Esteem, features on Surface to Air and made a guest appearance at Rough Trade, adding a Blondie moment with Rapture. Her vocals add a dense and dreamy layer to the composition, and the on-stage chemistry works a treat. Rebecca will be guesting with Django Django on some of their upcoming tour dates, and will be appearing with new act Self Esteem at other dates too. 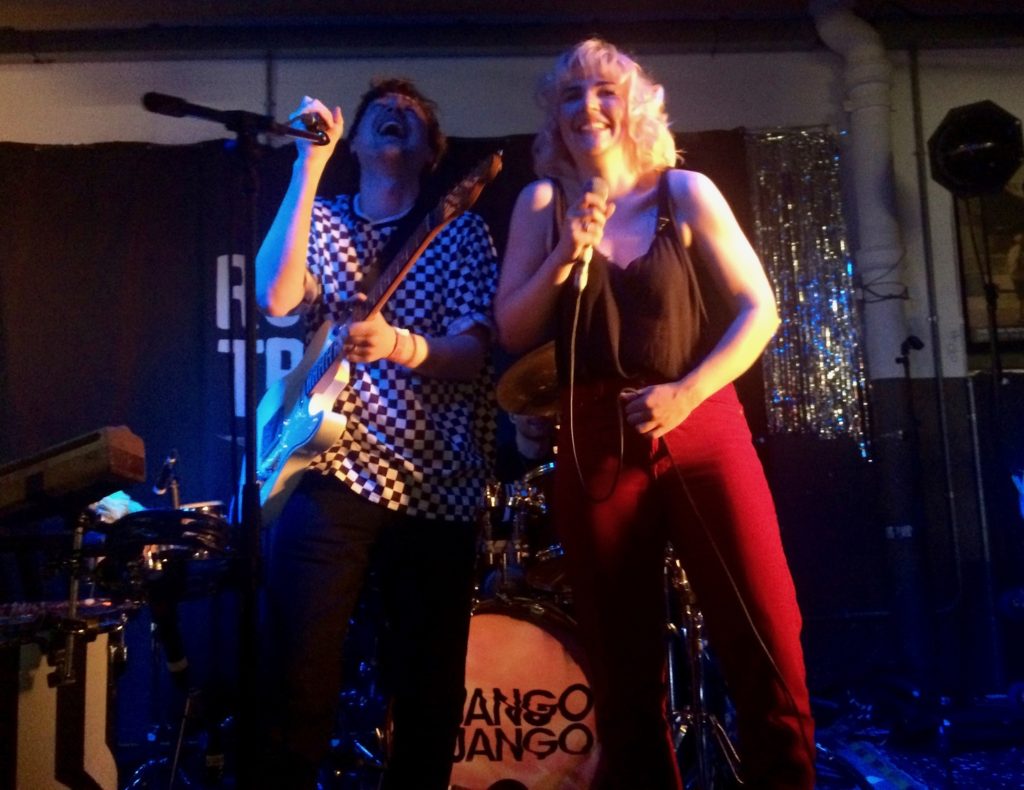 Rough Trade gigs are less than an hour long, just enough time to play half a new album and slide a few older numbers in – the Djangos worked backwards from the gorgeous First Light back to d-d-d-d-d-d Default. 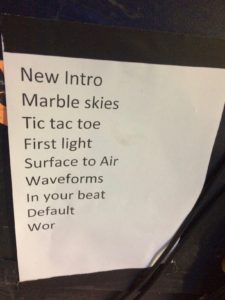 One of the new numbers not played at Rough Trade was Sundials which, since the gig, is the one I’ve had on repeat. It’s one of the more contemplative numbers which, with its early 60s vibe, opens with more than a touch of early Simon and Garfunkel in the vocals. Further in I’m even getting a hint of gospel although a friend I mention thinks I’ve lost my.. er.. marbles. Somewhere midpoint, the instrumental builds and tantalisingly sounds like it’s heading into a full-on dance belter… but then reins itself in. Sundials is ripe for a remix or two, which I’m looking forward to.

The Django Django foursome now heads out on tour and there’ll be some festival dates for summer too. Let’s wait and see.