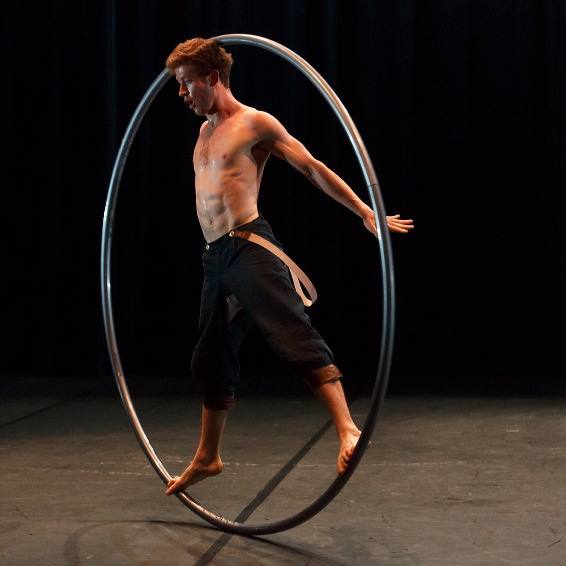 The Second Breath will be happening for one day in May, bringing together clubbing culture, circus skills, a mystery tour and climate change stories.

The Second Breath is a walking mystery tour of Leeds, with dazzling circus acts and daring stunts, projections, stories and psychedelic dance music. The soundtrack was especially written for the performances by local DJ, KWAH and the projections are by Magic Lantern. After assembling at the start point of DoubleTree Hilton, Granary Wharf, you’ll be given headphones before heading off through the streets of Holbeck for music and tales, following the travelling circus with plenty of adventure along the way. The performance is suitable for families with children from 8, and adults.

Behind it is Yorkshire-based production company imove who continue to push the boundaries with imaginative and groundbreaking work. The Second Breath is their latest performance and Saturday 10th May is the date.The imove team initially came together for Yorkshire’s cultural Olympiad – but things didn’t stop there. Now, as an independent arts organisation, they have built up a reputation for staging audacious and memorable events. Witness their previous project, The Grand Departs, which celebrated the Tour de France in Yorkshire. Spectators on the route witnessed a grand piano (complete with in situ pianists playing pieces composed especially for the event) being pulled up the longest continuous ascent in England by a team of cyclists.

For The Second Breath, imove’s creative director Tessa Gordziejko has taken elements that inspire her – a fascination with psychedelic dance music and the northern clubbing scene, together with climate change issues, to be told in stories which will be acted out by the circus acrobats. Tessa was working with UCLAN and the Climate Change Alliance and she and Mish Weaver, director of Stumbledance circus, devised tales and characters to represent our different attitudes to climate change. Stumbledance will be entertaining participants with dance and acrobatics, incorporating balance and movement – Jo Moss (pictured above), juggler Tom Hunt, Maddie McGowan on aerial rope and David Ford, street theatre artist.

Tessa feels the city of Leeds provides the right elements for The Second Breath: it is a centre for the psychedelic club scene and it also has a strong, independent site-specific theatre movement. Innovative theatre company Slung Low are supporting The Second Breath and the imove team are working at their premises, five railway arches in the Holbeck are of Leeds named The Hub.

The Second Breath promises to be challenging, fun and informative, a tour of climate change through the backstreets of Leeds with physical feats, and surprises on the way. There are two performances on Saturday, a day performance, which is suitable for children and families. The evening performance finishes at 11pm, and participants who are clubbing minded may like to go on to Leeds warehouse clubbing space Beaver Works for Beaverfest dance fest, which is just down the road from the finishing point.

The Second Breath takes place in Holbeck, Leeds. Tickets from £5.

2 thoughts on “Event: The Second Breath. Take to the streets for a mystery tour”