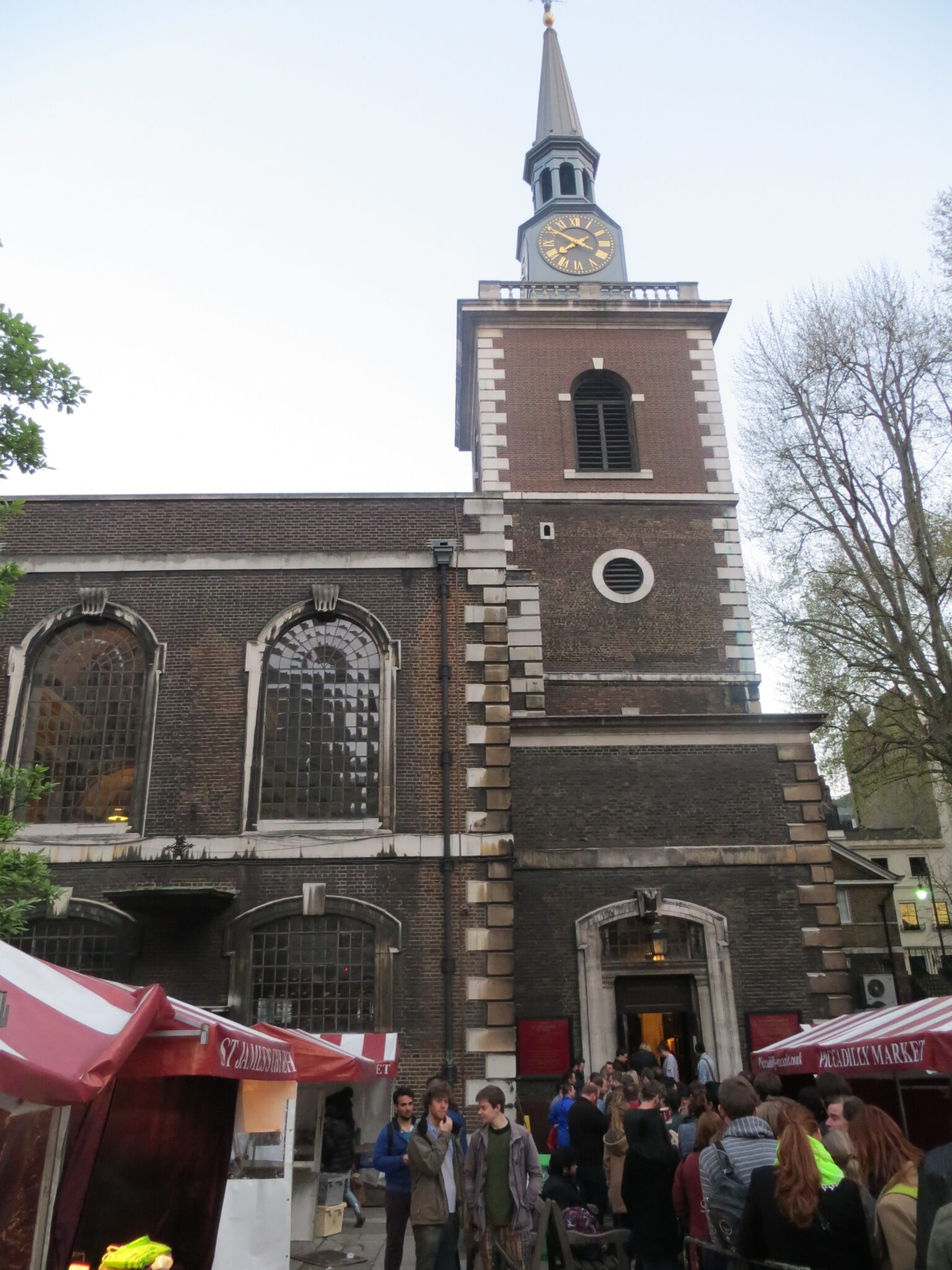 St James’s Church, Piccadilly, it’s a beautiful jewel of a church designed by Christopher Wren, and like several London churches, moonlights as a music venue. Nothing of the Metallica variety, obviously. We are here to see Kurt Vile do a solo set which is more in keeping.

Despite its beauty, the church’s viewing experience is only just adequate; the crowd mill around, some taking downstairs pews which have awkwardly placed lights. Some sit on the floor in front of the stage, until a church official shoos them away. I head up to the balcony but despite a front row pew, we have to stand and lean right over to see the stage.

With no fanfare, Kurt lopes into view, giving us a cheery little wave before sitting down. With no further ado, he heads straight into his first number.

The set takes in Smoke Ring for my Halo, Ghost Town, and Walking on a Pretty Daze (not, as I was hoping Never Run Away). The intros of Kurt’s rich and fluid finger-picking guitar set the scene for the magic of each song, drawing you into its world. His vocals are as you expect them to be from his recorded work, swoopy and dreamy, wavering, evocative, and yet assured. The complexity of Jesus Fever is an immaculate rendition. 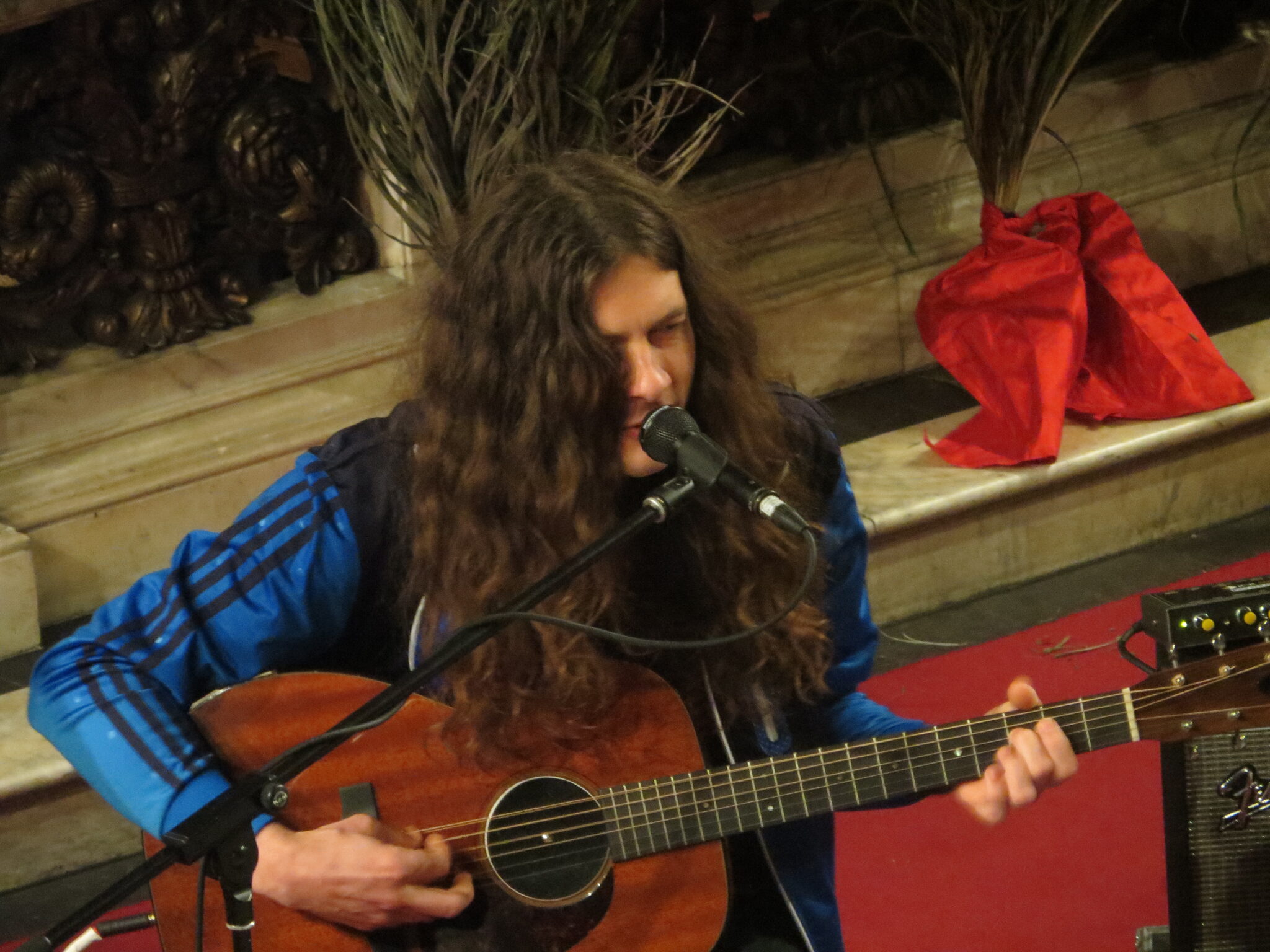 During my early teenage years, hair like Kurt’s – long, centre-parted and with a degree of frizz, was fairly obligatory for blokes. Somewhat like today’s beards. It’s a look I remember with much fondness. Kurt uses his hair to hide behind, peeking out on occasion – he’s not easy to photograph either. Chatting with the audience is also predictably brief, but he does share with us his feeling of awe at performing in such a sacred and special place.

It’s just unfortunate that although the church itself wis gifted with good acoustics, Kurt’s vocals were muffled, and if you didn’t know the lyrics of his material beforehand, you would be none the wiser as to what he was singing about. Since the gig, I’ve viewed videos taken from the ground level and the vocals seem clearer.

Pall Jenkins is the support act, and he comes back on to do an encore with Kurt, Baby’s Arms from Smoke Ring for my Halo. This unassuming, simple performance served to whet the appetite to see Kurt again, next time, with his band. 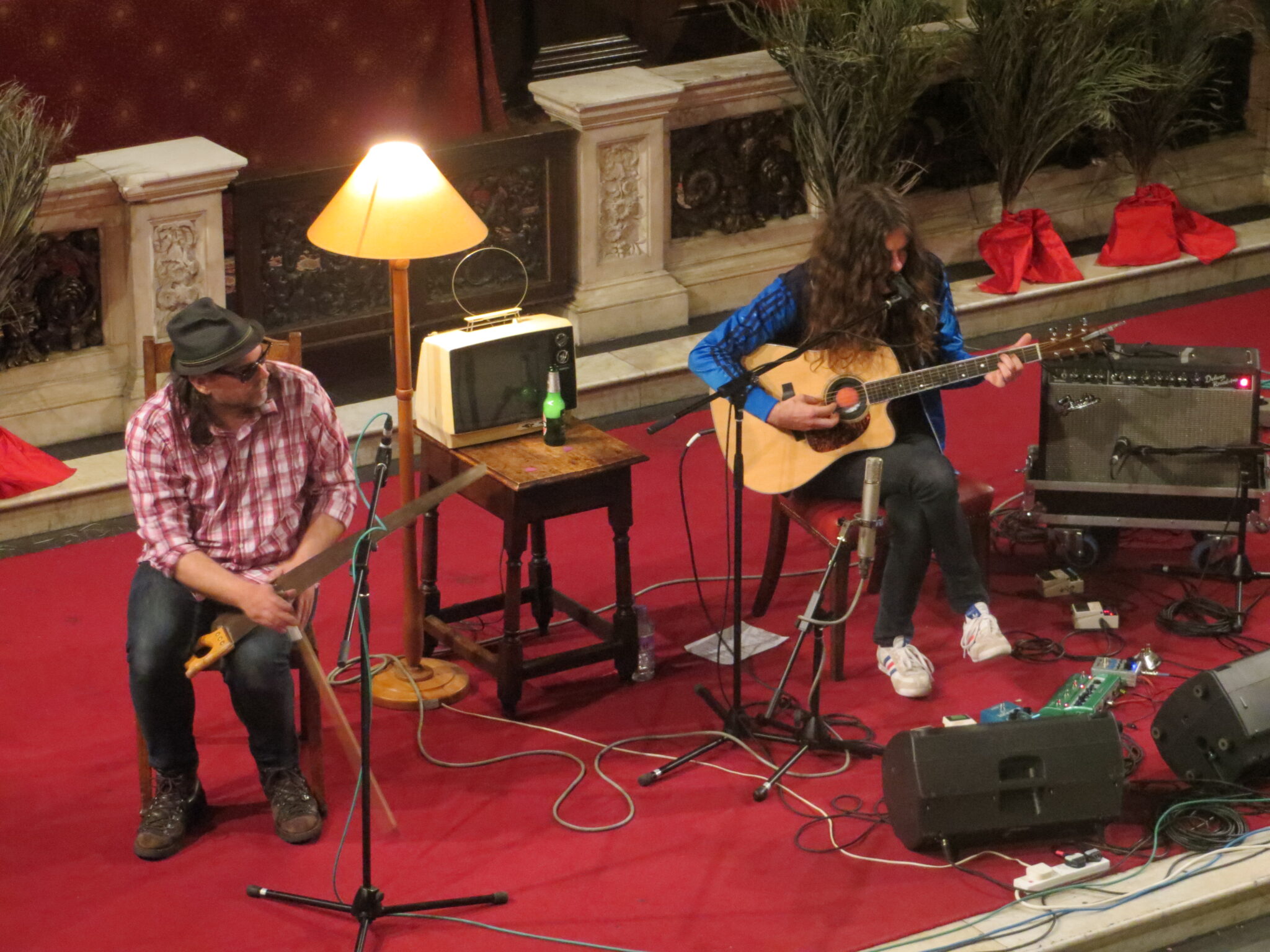