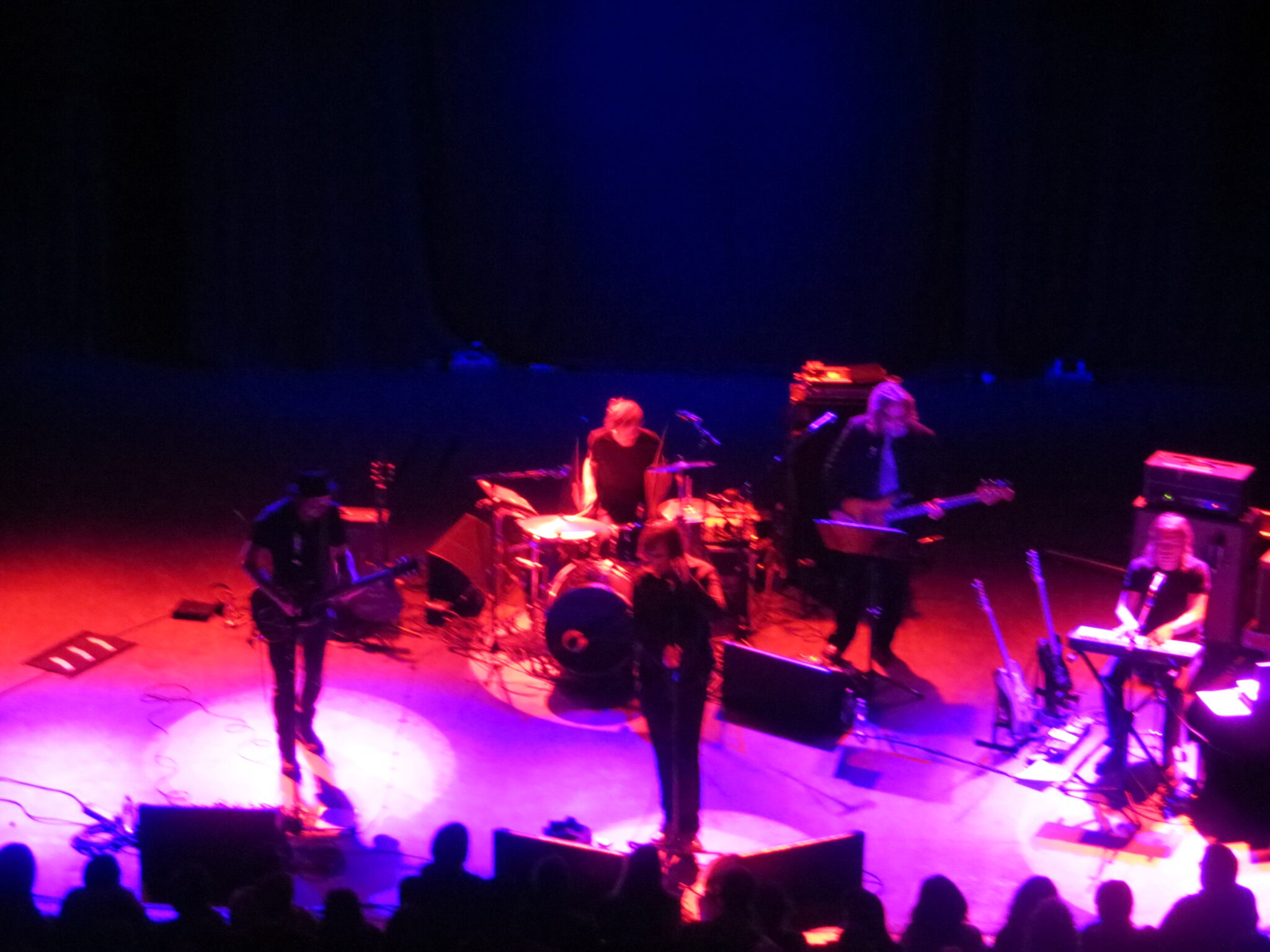 With each album and with each collaboration, Mark Lanegan‘s star ascends another notch into the firmament. He’s a man with an impeccable rock backstory, American bad boy incarnate, equally at home as a character from Butcher’s Crossing to Twin Peaks; his is a world seen from the wrong side of the tracks. His voice is raspy, capable of wistfulness and warmth, and laced with a menace that thrills. His lyrics, powerful and beautiful, tell tales of love, mortality, darkness, death and torment.

Very last minute, we bought tickets Shepherds’ Bush 02, up on Tier 2 which didn’t seem vertiginously high but was not exactly part of the action. I found myself musing on the fact that The Trades, where he played four days previously, would have been by far the better option: squashed into a room of around 200 for a more intimate experience.

Lanegan makes his entrance on stage. When You’re Number Isn’t Up from Bubblegum is a stark, still and effective mood setter, drawing us in. Judgement Time follows, holding the slow mood with this gem from Phantom Radio. “I saw whole cities drowning, I saw whole armies dying”. His gravel vocals slide round the lyrics, with that vibrato quality used to great effect. Dead on You lures you in with its lazy, sexy swampy blues. Things ramp up a bit a few numbers in, taking on a more synth quality, and the very air seems to thicken: there’s the exquisite, expansive The Gravedigger’s Song and it’s turbulent lyrics, one line always makes me shiver with its beauty: “To the stars my love, To the sea”. The more upbeat Harvest Home injects a lighter mood into the proceedings. When Lanegan launches into Sleep With Me with such lush sleaze in his voice, I don’t imagine anyone would refuse his invitation.

Lanegan is on stage surrounded by his four musicians, all barely visible in the gloom. The lighting is intentionally set at a mean and moody low that Lanegan and crew are not much more than silhouettes for most of the show. Lanegan is known to be not one for any audience chit chat – I think that apart from a small wave and a ‘Thanks’ there wasn’t another word from him all night. And nor does he care for stage antics, preferring to stand still, a hunched figure over his microphone.

As someone who has attended gigs on a regular basis for … erm, around 40 years, this was one of the oddest experiences. Beautiful songs, beautiful delivery, but something didn’t feel quite right. I had a strange sensation of not being present with the musicians, without the uniting experience between performer and audience. There’s only one thing for it, which is to see him next time around with a ringside seat.