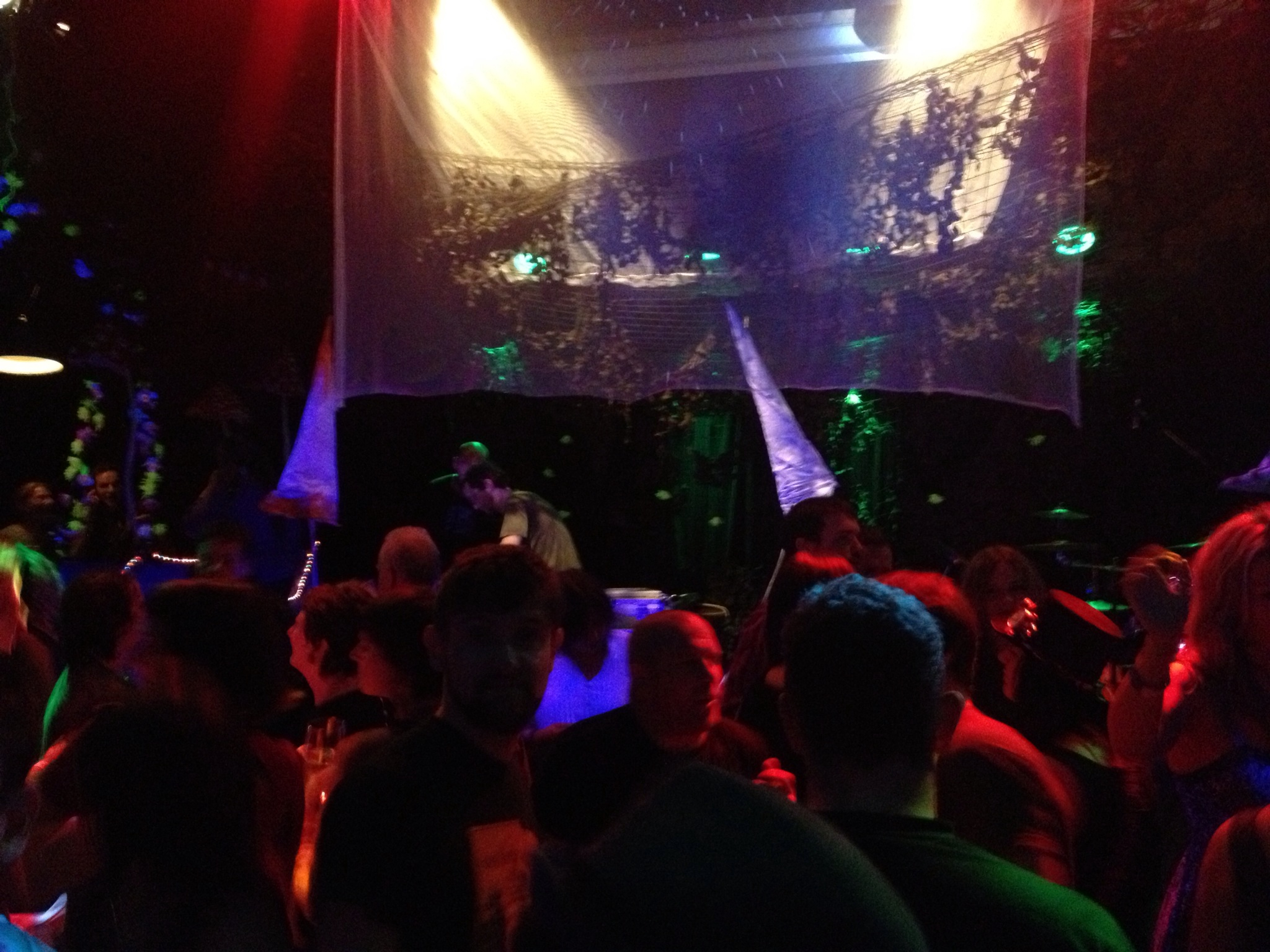 New Year’s Eve 2012. I asked various people how they intended to celebrate. Mostly, it seemed, this was to be the year of the “quiet night in”. How boring, I thought to myself. I need to go out and do some dancing. It’s fair enough to accept when one can no longer head off to a rave at 11pm (metaphorically, as I don’t think I ever did this), rolling back home after midday. Midday? That’s the time these days many of us are shrugging off the hangovers, zipping ourselves into our Berghaus walking gear and striding out on a New Year’s Day constitutional, followed by a pie and a pint.

I’ve always been drawn to The Trades, Hebden Bridge. As a gig venue, this Yorkshire trade union club has been through peaks and troughs, as any Hebden local will tell you. But it has the basics so right, whether that was intentional or not: wind your way up the stairs and along the narrow corridor, past the rough and ready bar on the right, the slightly odorous toilets on the left, and you find yourself in an almost perfect performance space for 200 punters. For live performances it’s great as you can always have a good view of the stage; for club nights its the perfect party space.

Tonight it’s Mental Elf, and the place is looking ready to party. All the banquettes round the edges are rammed with punters, hippy flowers cover the walls, and giant mushrooms hang like menacing octopuses from the ceiling to the floor. The visuals are stunning – ethereal, dreamy images through Army camouflage netting.

It’s not the first time The Trades has celebrated New Year with Mental Elf collective. The DJs are regulars on The Trades circuit: Scott (Hub), Dillinger P – this was a bringing together of DJs from more specific nights. The mix of different genres: reggae, psytrance, techno, create a great New Year party mix. The recently installed powerful sound system fills the room. Highlight of the evening is Hebden-based group Tetchi, with a female vocalist who I haven’t seen before – their sinuous, ambient beats and psychedelic grooves building and weaving a complex narrative.

Right now The Trades has very much got its act together. Patti Smith, performing last year as the floods raged, has given much support and consequently helped raised the club’s profile. There’s that new improved PA. And the new management are directing and fashioning a programme of both emerging and established artists which is feeling very zeitgeisty. Through improved marketing and social media – oh and NME’s ‘small venue’ nomination – the club’s rep is spreading further. I would recommend seeing artists you like at The Trades, but step on it, or you’ll find the tickets are gone in record time.