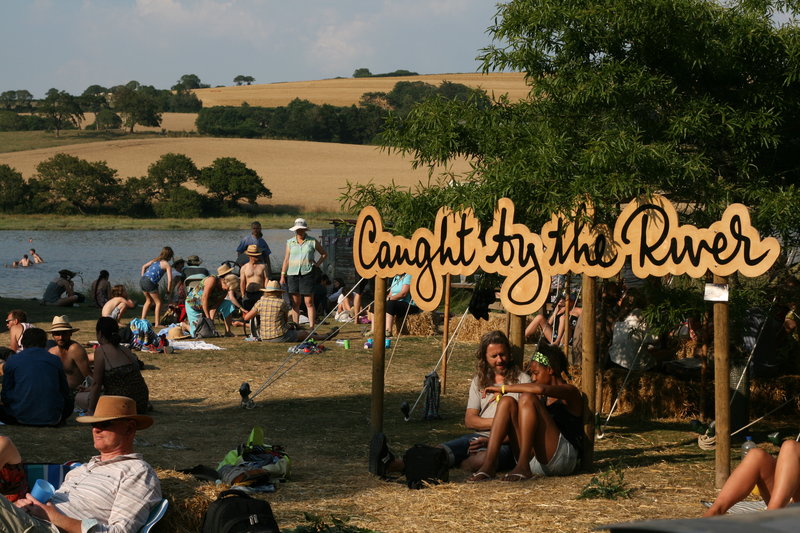 Gorgeous independent Cornish festival Port Eliot Festival has unveiled the first set of artists for 2019. Set on the ancient St Germans estate, the festival runs from 25-28 July 2019. Tickets and full details at porteliotfestival.com

Port Eliot Venues You can pop into venues emerge all over the rolling parkland and woods. From the oldest church in Cornwall to the jumping Ace of Clubs bar, the cultured discussions of The Idler Academy, family adventures within Wildlings Wood, via the forward-thinking style of the Fashion Foundation, and the bubbling cauldron of ideas in the Bowling Green.

Music – Caught by the River

There’s a fantastic roll call of music (and this isn’t all of it, the team are busy adding more to the lineup). A true treat for weekend ticketholders, this year begins with a LARGE THURSDAY of performances, headlined by one of the most captivating current artists anywhere – Aldous Harding. Her next record is one of the year’s most anticipated (her second LP, Party, was named Rough Trade Shop’s Album of the Year in 2017) and her headline show is a must-see on the first night of the festival. Just added to the lineup are Working Men’s Club: it’s been a meteoric rise for this young post-punk outfit with a new single out called Bad Blood, currently getting plenty of airplay on BBC6 music (interview with them here).

Friday’s Caught by the River headliners are Beak. Counting Portishead’s Geoff Barrow in their ranks, Beak will build and build until the roof lifts off.

Sunday sees the return to Port Eliot of The Orielles. Last year’s debut LP, Silver Dollar Moment, was a blast and most recent single, Bobbi’s Second World, flies all over the place in a funky, shaking whirl of which we heartily approve. This will be a giant festival finale party complete with (cow)bells and whistles.

Also Martin Parr, exploring both his retrospective, Only Human, and Space Dogs, a new book gathering together his collection of space dog artefacts and ephemera, in conversation with Guardian art critic Jonathan Jones, who will also discuss his new radical new history of British Art, Sensations: The Story of British Art from Hogarth to Banksy.

Writer Will Ashon, whose new book, Chamber Music is a forensic examination of the Wu Tang Clan’s debut LP, Enter the Wu-Tang (36 Chambers – see my review of Will Ashon interview here.

Tickets and full details at porteliotfestival.com