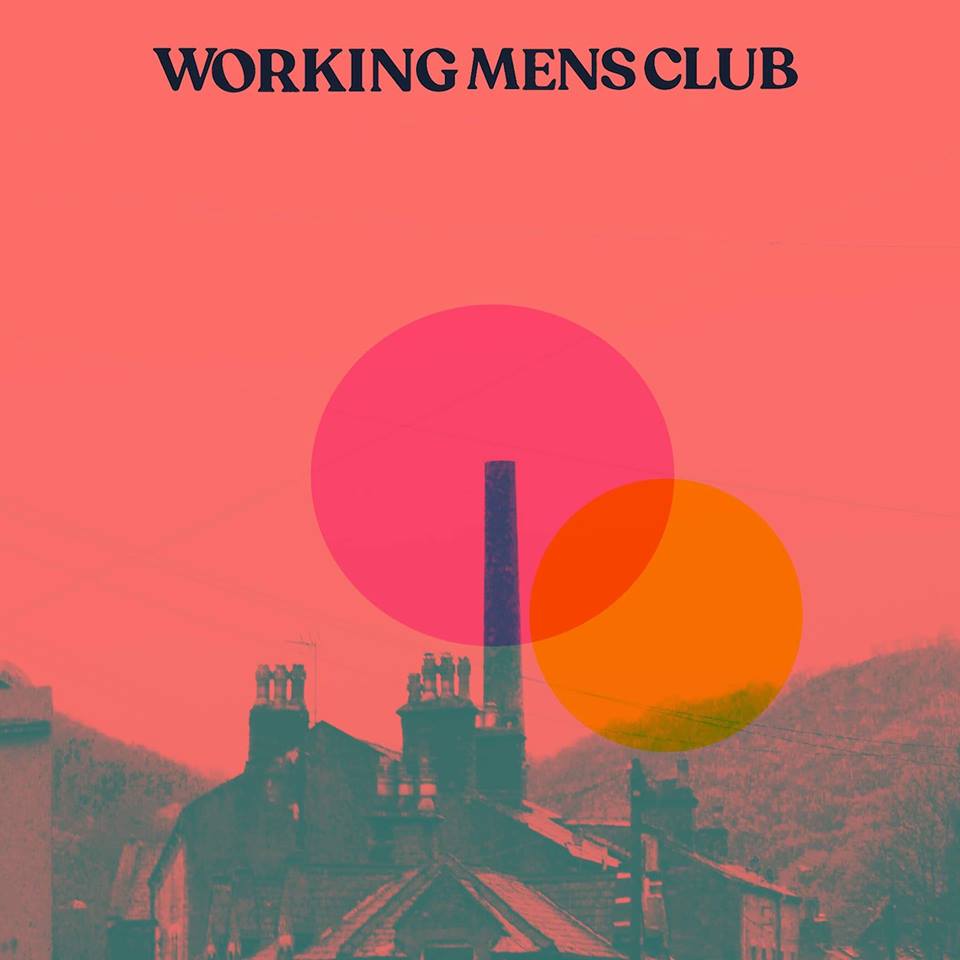 Things are moving at whirlwind speed for talented young band Working Men’s Club. The three members – Jake Bogacki (drums), Sydney Minsky-Sargeant (vocalist, guitar) and Giulia Bonometti (vocals, guitar) have been playing at venues in their local area in West Yorkshire, such as The Trades, Hebden Bridge and The Golden Lion, Todmorden, plus bigger venues which could have been intimidating for such a fledgling act – supporting Brian Jonestown Massacre at Newcastle’s Northumbria Institute for instance. WMC have recently signed with Melodic Records, (27TH APRIL: THE BAND ARE NOW SIGNED TO HEAVENLY) and appeared at The Trades Club, Hebden Bridge, as part of Independent Venue Week. They also came to the attention of Steve Lamacq, who has been giving the catchy new single Bad Blood plenty of airtime on his show on 6 Music.

It’s not been easy to grab a few minutes with the busy young band, but I managed to ask drummer Jake Bogacki a few questions:

How did you all meet up originally? We met up at college in Manchester about a year ago, and that’s when we decided to form the band.

You bring in a guest bass player when you play live. Have you had any thoughts about having a fourth permanent band member? Yes, up until now we’ve been a 3 piece but when we play live we’ve used multiple different people to fill in for us on bass. However… we’ve now found a keeper! He’s called Liam Ogburn. We’ll be announcing more news about this soon.

You’ve just played a gig as part of Independent Venue Week – what does this mean to you? Our first ever show was for Independent Venue Week last year at Night People in Manchester so it feel nice to be a part of it again this year. I think we all have a soft spot for the Trades Club – we always have a great time playing there and we also go to gigs there ourselves. There’s a strong sense of community in the place and there’s a fantastic team working there. Without them, none of it would be possible. And they’ve just put on an amazing week! Hats off to them.

Talk me through your songwriting process. It’s a very collaborative process, we all pitch in our own ideas.  The lyrics are written by Syd and Giulia usually on a song by song basis. Syd usually takes the lead on songs that he sings on and Giulia with the songs she sings on – they share depending on which one of them is to lead the vocals on a particular track.

Who would you say are your major influences? You’ve got that jagged, nervy Gang of Four-style guitar riff going on on the new single, are Go4 on your radar? We’re fans of The Velvet Underground, Talking Heads, The Clean, Television and Delta 5. And yes, we really like Gang of Four! I think their first album Entertainment is probably one of the best albums ever made.

For such a young band, you’ve played some fairly high profile gigs. Do you get nervous going out on stage?  We did at first, but the more we play, the more confident we get.

Have there been a lot of changes for you now you are signed? Yes thanks to Dave, Andy, Josh, Will, Dillon, Alex, Tommy and all at Melodic and Inhouse press. We’ve been able to open up to the rest of the world and not just be a presence in the north west of England. Its crazy to think we’ve now been playlisted on national radio when a few months ago we were playing at our local pub.

What are you hoping for this year? More singles.. an album maybe? At the moment we’re just taking it as it comes, we’ve got several gigs on up and down the UK, so that’s our main focus for now. The B side to Bad Blood will come out on the 15th of February, after that we’re just gonna have to sit tight and see what happens later in the year .

And what about gigs and festivals? We’re hoping to release some more music this year. Yes, we really wanna play some festivals this summer; Green Man, End of the Road and Latitude are just a few of many we’d love to perform at.

You did the artwork for the sleeve of the single Bad Blood, it’s a beautiful image and it’s had some positive feedback! Thanks! Yes, I’m hoping to do our first album cover too.

Tell me about the building on the cover? It’s a photograph I took a few years ago – it is one of the last standing mills in Hebden Bridge. It’s a very iconic piece of architecture and I’ve always been fascinated by it. The town is forever changing around it yet it is still standing there as it was over a century ago, untouched.

October 2019: There have been lineup changes and Jake has now left Working Mens Club – his future music plans will be revealed in due course…