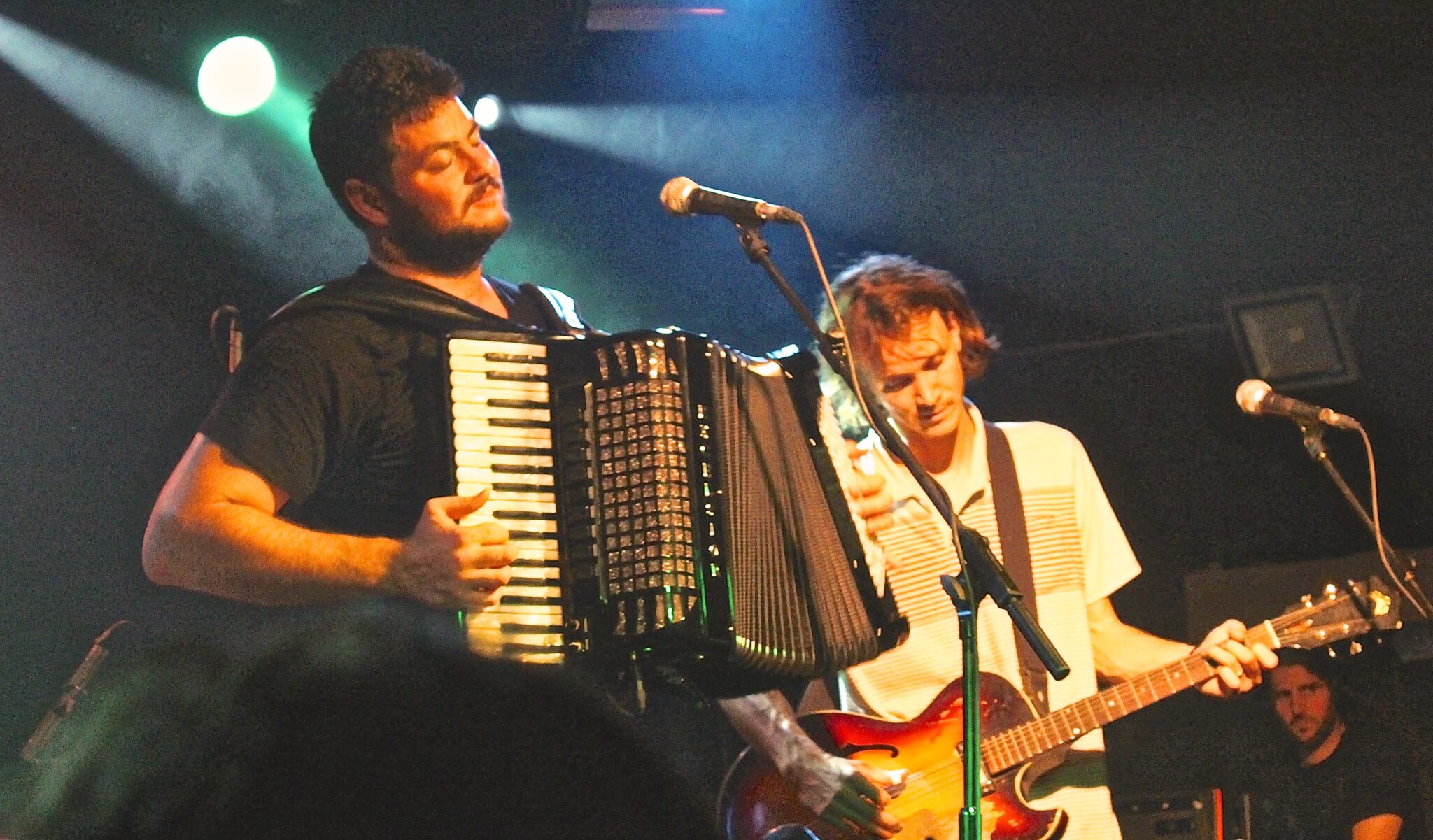 “I saw The Felice Brothers at the 100 Club, back in the day, with Simone Felice. They were amazing. Lots of us got up and danced on stage with the band, it was a bit of a party.” If that was a top Felice Brothers moment – experienced not by me sadly, but by my companion for tonight’s gig – this one at The Garage Highbury, should come a very close second.

A noticeably trimmed-down James Felice was on superb form with his band mates, taking us through a set which opened with Lion from their 2014 album Favorite Waitress, followed by early number Wonderful Life. Next came Appalachian folk song, Cumberland Gap. 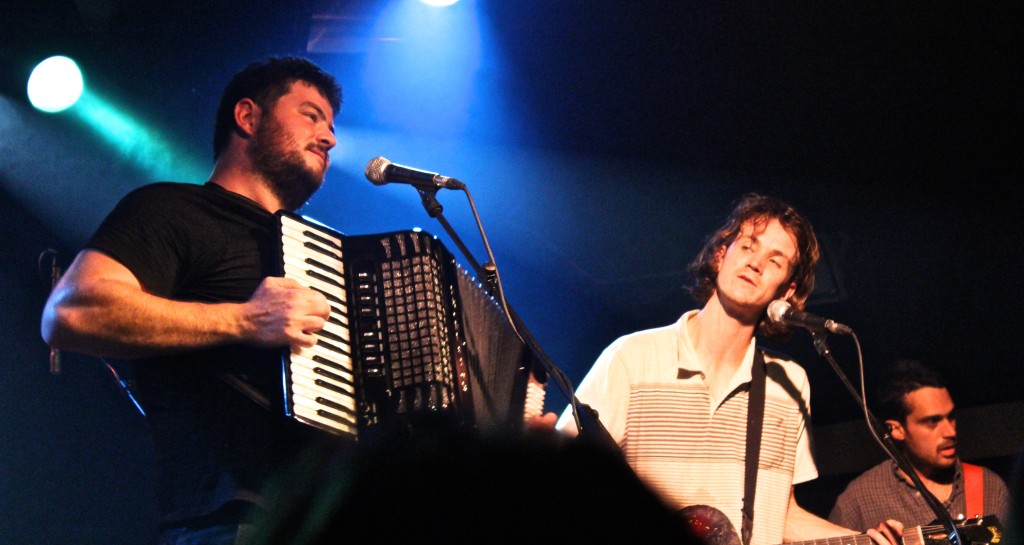 The audience was already in singalong mode, and Whisky in my Whisky came in just at the right time to cement the feel-good atmosphere, after which the band took the pace down a few notches for the introspective Meadow of a Dream. It’s this form of emotion-laden narrative-driven number rather than the more brash singalong songs that is ultimately the more rewarding experience, with Ian Felice’s emotive, melancholic voice, touched with vulnerability, finding its full expression.

A more mellow section ensued, with Ian Felice taking the helm for the mournful Saint Stephen’s End, followed by Cus’s Catskill Gym. Time for many of the crowd to lose their concentration for a while and converse – loudly – with their mates. Not that this bothered The Felice Brothers I’m sure – they look like a band who could play through a bar-room brawl without a note out of place.

The Felice Brothers are adept at delivering a set of traditional-with-a-twist Americana with a mixture of soaring laments and rousing folkloric ditties. This was a long, well balanced set with material culled from their entire back catalogue, rather than focusing on their 2014 release – in fact 2008 release The Felice Brothers featured more heavily than most. The band looked as if they were enjoying themselves on stage, and the intimate environment of The Garage brought out the best in them.

Star singalong track Frankie’s Gun made its appearance as the encore, followed by Many Rivers to Cross, the Jimmy Cliff classic. Another maybe impromptu encore followed with Penn Station and Take This Bread, before a satisfied crowd head out into the drizzly London night.

Support: The Pierce Brothers, a duo from Melbourne, are definitely ‘one to watch’ – an energetic, rousing sibling act with great harmonies. They return to The Garage to headline their own show in October.