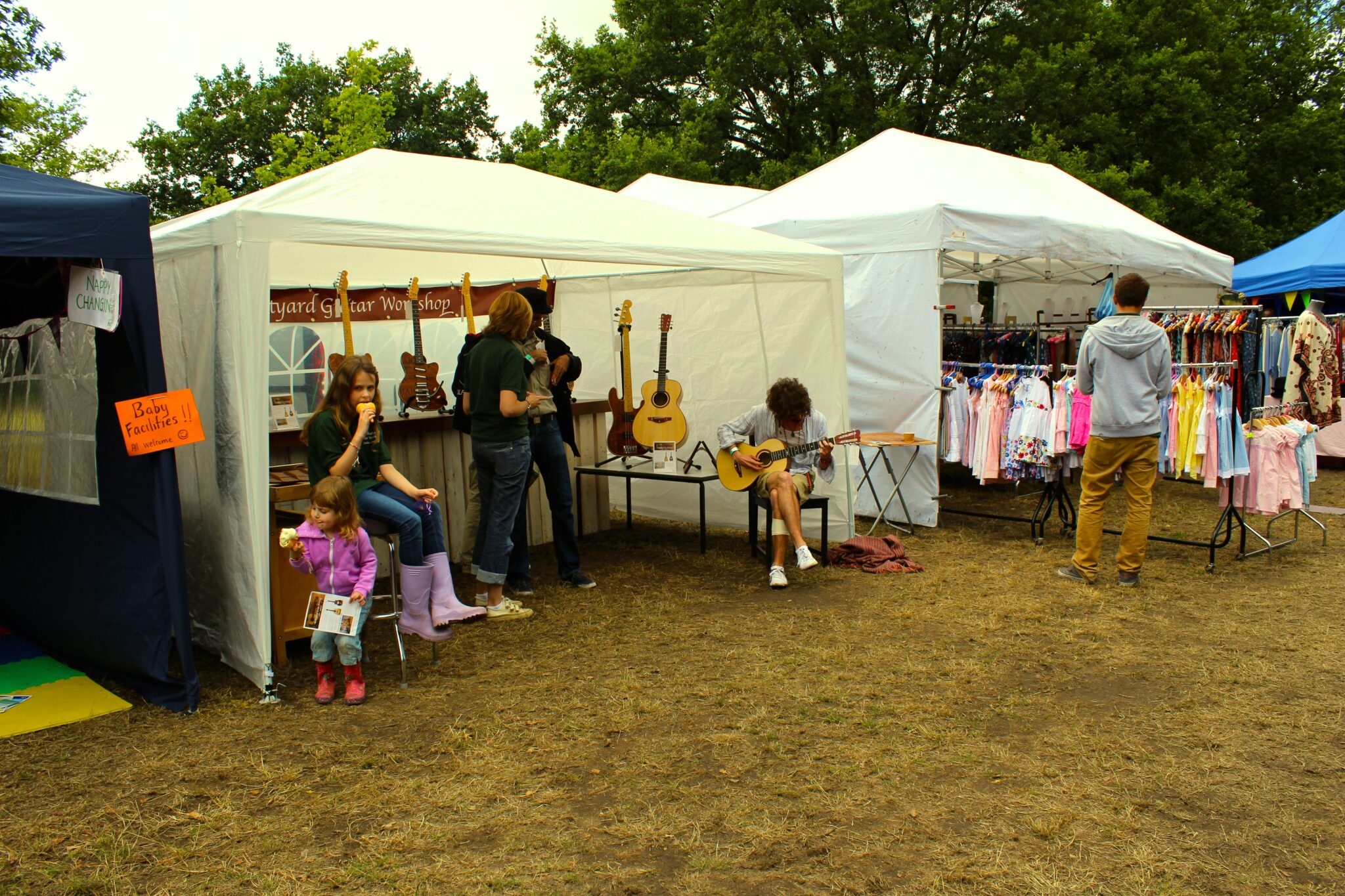 With a rare glimpse of sun in a gloomy July, we headed to Ealing Blues Festival held in Walpole Park, it’s one of a series of summer festivals run every year put on by Ealing Council.

The event always resembles a ‘proper’ festival in miniature, with a choice of two big music tents – the Main Stage, which now has a new lighting rig, and the smaller South Stage, down at the end of the festival site. There’s also a third, small stage set up by the bar.

Having attended Ealing Blues Festival for three years running, this one certainly had a different feel in terms of curation. There was something more exploratory about the line-up, an attempt to broaden it, bring in new acts, and a greater variety of blues fusion. 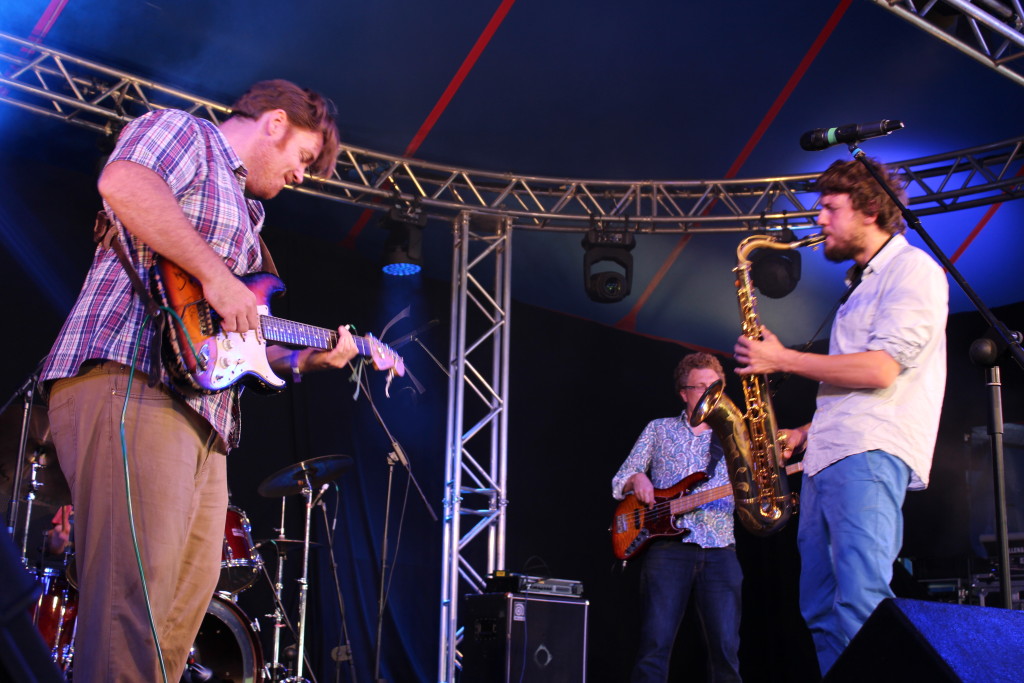 On the main stage, Trafficker played a storming afternoon set. Tommy, who played with the Sugababes in the 90s, has a style which is utterly fluid and mesmerising. 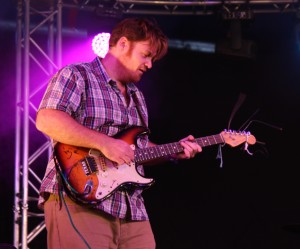 Later we were entertained by Spikedrivers who play a joyously dancy rock blues set with some beautiful harmonies. Expressive vocalist Ben Tyzack prowled the stage, playing a silky slide guitar while Constance Redgrave anchored down a solid bass – I did wander off mentally for a while though, pondering the perplexing lack of female bass players and found myself trying to name as many as I could. 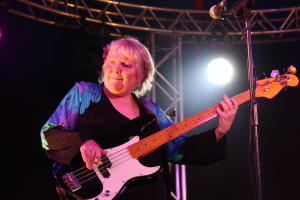 The Mark Harrison band were captivating, a trio who commandeered the South Stage, playing a set of their own compositions. Mark Harrison offered listeners a more cerebral experience, entertaining the crowds not only with music but with his informative introductions too, where we learned about the inspiration for his songs, all done with his pleasingly dry wit. He switched between a 12-string guitar and a beautiful National Resonator, memorable songs included his ‘greatest hit’ Crematorium Blues. 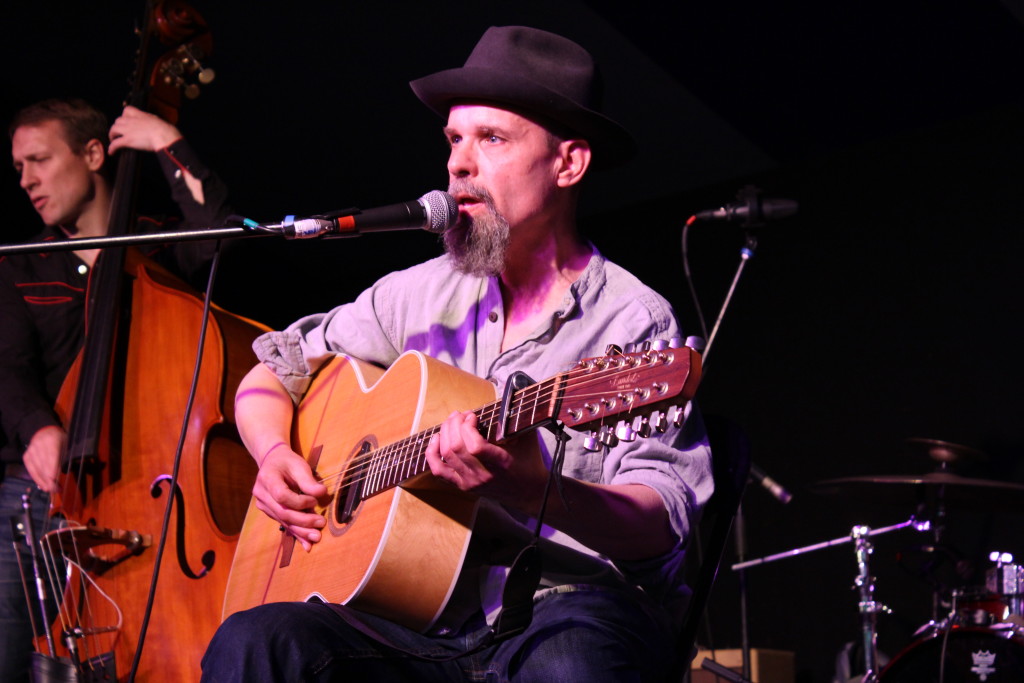 We rushed back to the far stage towards the end of the evening to catch Jump 66, who played a high-energy set of swing and Chicago blues, which got the crowd dancing. They were the perfect band to round off the festival, and it would be an understatement to call them popular. I thought the audience were going to lynch the poor stagehand tasked with asking the band to desist from playing ‘just one more number’. For those who loved the band: they regularly play at ‘Ain’t Nothing But‘ blues bar just off Carnaby St.

The other element that Ealing Blues Festival does so well is all the ‘festival accoutrements’ – an imaginative choice of food stalls, and a variety of traders selling jewellery, clothes, plants and hats. Things seemed somewhat toned down this year with fewer food stalls, this seemed a shame as the festival was, as usual, very well attended. However, on a musical level, Ealing Blues showcased a fantastic array of blues-based musicians, several of whom are playing major festivals this year such as Glastonbury and Wilderness.