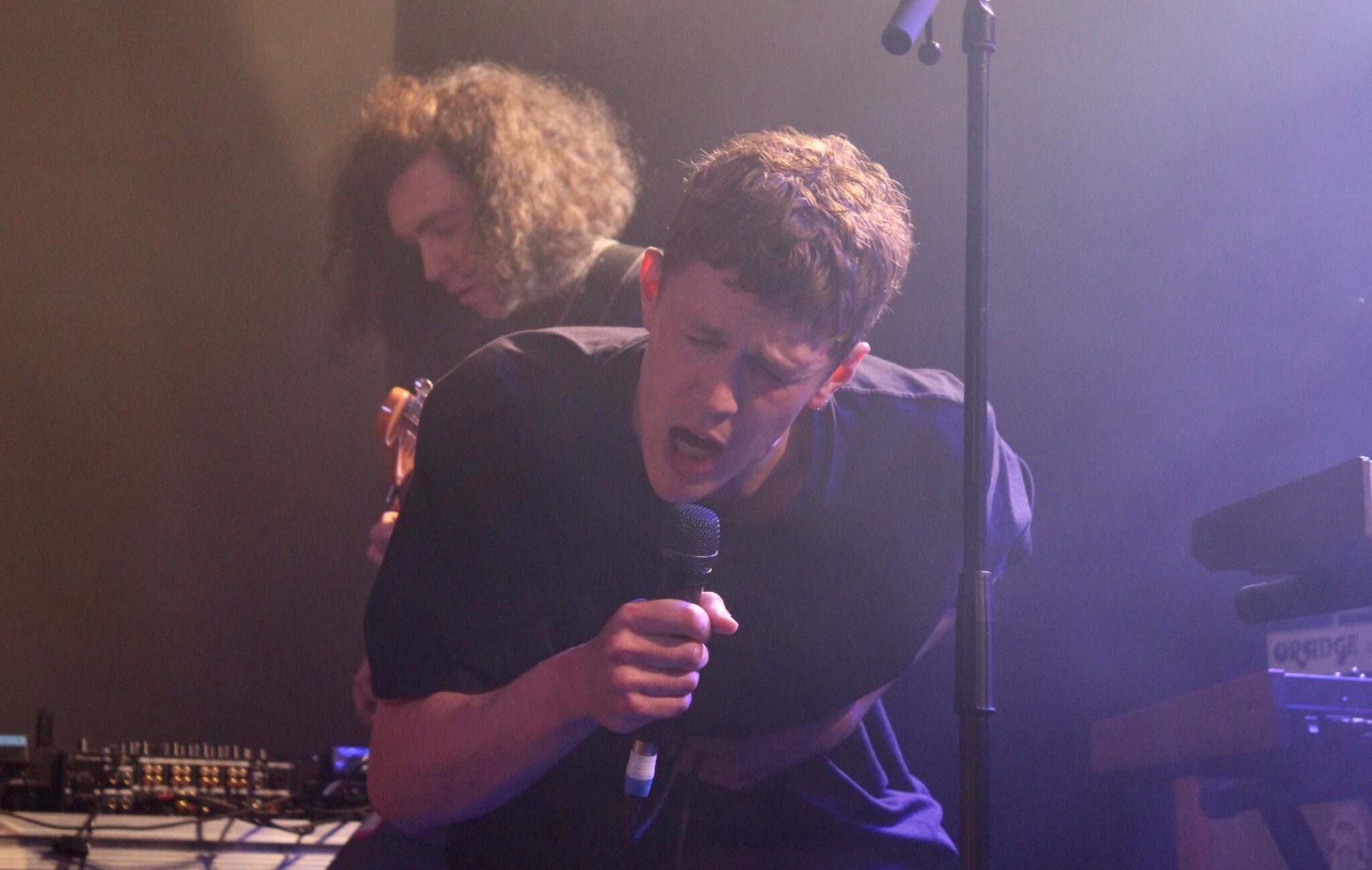 W H Lung have taken around two years to release their first album Incidental Music. Even when interest in their deep and moody music started to escalate, the band were quite obviously going to do things in their own time. I first heard them at Bluedot festival in 2017 and had one of those moments when you hear a new band and instantly become obsessed. Researching the reclusive Manchester group wasn’t easy, no publicists were banging stuff out on social media and this, naturally, made them appear all the more tantalising and interesting for doing things on their own terms.

Listening to W H Lung is like entering a room where someone has been going mad with a smoke machine. The band roll out a dense fog of sound, and somewhere from its depths, layers of sound are born. Their distinctive slices of synth and hypnotic, propulsive motorik beat draw you ever deeper into each song. And over the top are Joseph E’s expressive vocals – impeccably balanced to weave into the song’s fabric rather than dominate.

On the current tour, the band opens with Simpatico People, the first track on the new album and it captures the feel of the new body of work. Like much of their material, it’s a long song and Simpatico People takes you on a ten-minute journey, from its slow lead-in through to an ecstatic middle section and on to its closing notes. WANT is the shortest track, too short. And it’s the track with the most synth-poppy 80s sound, while hints of Echo and the Bunnymen and The Cure surface and fade. 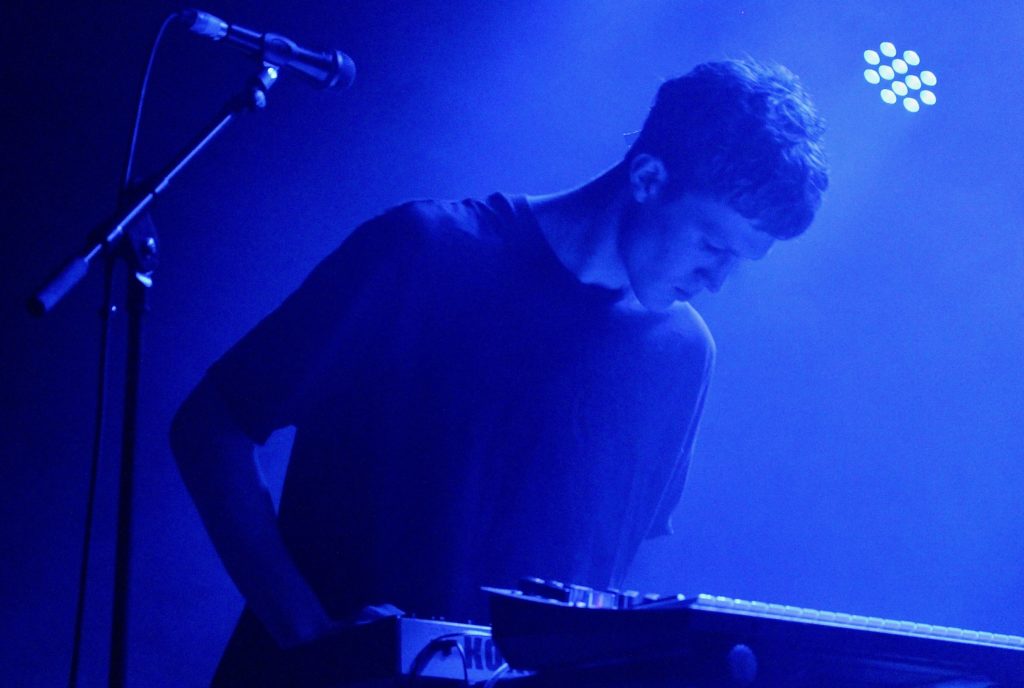 On stage, the band leave Joseph E to provide crowd thrills. He has a presence – extremely tall, gangly and barefoot, pacing around his space on the small stage like a coiled spring. Having seen W H Lung’s expansive sound twice fill large festival tent stages, in comparison, Oslo is a small venue and although possessing a great sound system, it felt a little too constrained at times and the vocals were too low in the mix. At one point they briefly appeared to lose the vocals altogether. Of the newer material, Second Death of My Face sounded particularly powerful played live. No surprise that W H Lung closed with what has become their signature tune, Inspiration! – an infectious dancey track, and it was good to see there was even a little bit of moshing going on down at the front. 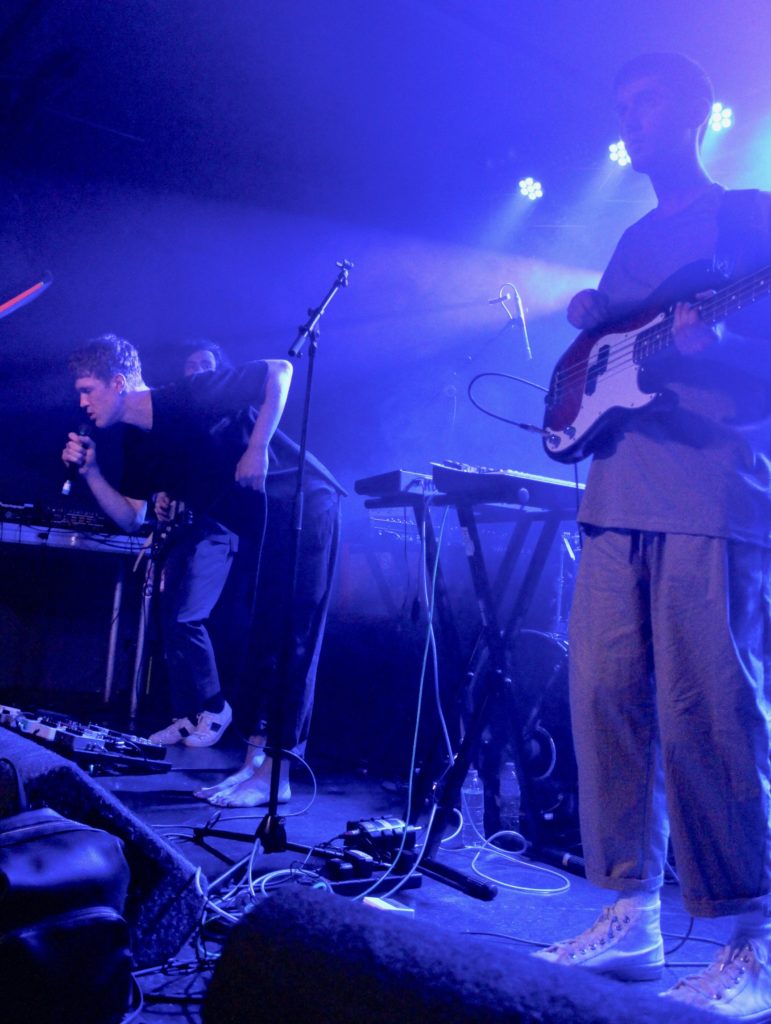