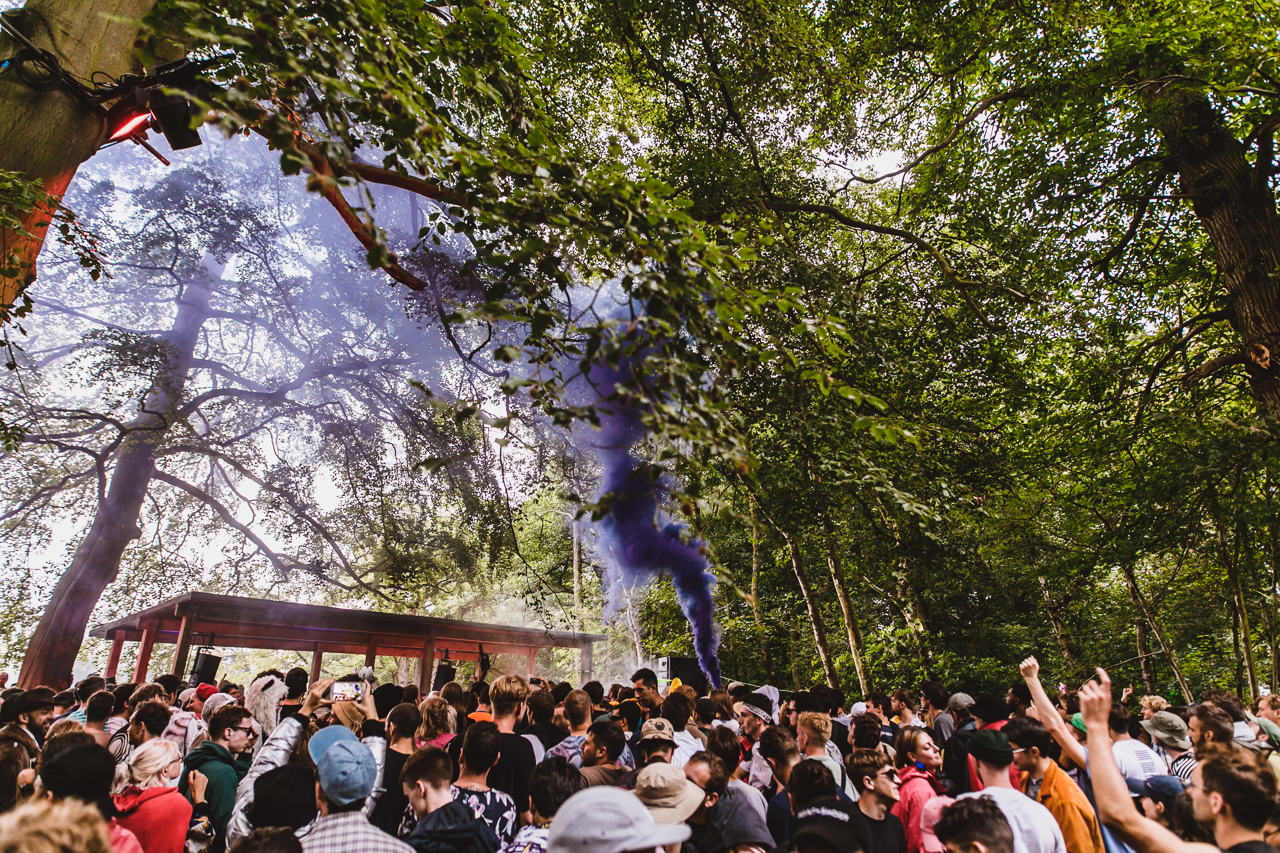 Ooh festival season! The thought of it fills me (and so many of you out there, obviously) with joy. The sheer diversity of the UK festival scene means you can truly immerse yourself in music, dance, talks, literature, art, nature… there’s bound to be a few which will tick all your personal boxes. Here’s my pick of small(ish), well curated events for 2019, some personal favourites and a few new ones that appeal.

Bearded Theory remains on my list because this small and super-friendly event never disappoints. It has developed over the years but never cuts corners or sells out commercially. Based at Catton Hall in Derbyshire, Bearded Theory caters brilliantly for families, with loads for kids (there’s also a school on site).

As for the beards, they’re not obligatory, but if you do want to look suitably hirsute, a fake one will do just as well (better, in fact). Enough of beards and on to the lineup: newly reformed Doves make an appearance, Suede, Cult, Editors, Sean Lakeman, Dreadzone and Slow Readers Club, plus Justin Sullivan doing a rare solo set on the Woodland stage. Bearded Theory

Created by Drift record shop in Totnes, Sea Change this year moves from August Bank Holiday to this earlier spot. Sea Change is set in interesting and often quirky spots around the Devon town, such as a ballroom, a cinema and a church, plus a venue on the Dartington Hall Estate (you can hop between the two aboard their personal shuttle bus).

Sea Change has some interesting pairings, such as with Heavenly records, Bella Union and Mute. Now extended to three days, it has a really strong lineup with Metronomy heading the bill. Plus Gazelle Twin, Pip Blom, Bill Ryder Jones, Black Midi and W H Lung. Victorian picture palace Totnes Cinema will present Space Out, an immersive meditation in sound and film on the music and vision of BBC Radiophonic Workshop composer Delia Derbyshire. And Rough Trade Books will present some events too. Sea Change Festival .

An enticing new community event for Brockwell Park in south London, this Soul, Blues and Funk event has its finger on the pulse of local happenings and will feature 40 food traders and craft brewers, many of them local. Musically you’ll find some up and coming artists on its four stages, plus revered favourites: Chaka Khan, Martha Reeves & the Vandellas, The Comet is Coming, Oshun, Lunch Money, Oscar Jerome. Look out for Norman Jay MBE performing a rare groove vinyl set. Tickets currently on second release – Cross the Tracks

Set deep in the woods near Baldock, Hertfordshire, Anthropos is a new festival with the accent on visual art and a diverse menu of mainly trancey beats – you are encouraged to participate, but if you want to sit back and chill or meditate, that’s fine too. There will be a circus tent with workshops taught by industry professionals and – once you’ve got your health and safety instruction under way, you can partake in the fireshows. Music includes Kwah, Desertdwellers, Bad Tango, DreamFaerie, Echoes Like Dust and Selecta Alice. In the days leading up to the festival, you can take part in the Anthropos Retreat 7-12th June, with yoga, mindfulness, music instruction and more. For every ticket sold, Anthropos plants a tree in your name. Anthropos

The Americana and Country festival at Eridge Park, Kent is now into its second year with a definitely original groove (it’s already garnered several awards) – there are seven stages and apart from music you’ll find film, culture and… motorbikes. The lineup includes rising star Yola, plus Billy Bragg, Jessie Buckley, Treetop Flyers, Band of Horses and The Staves. Look out for Under The Apple Tree sessions, founded and curated by “Whispering” Bob Harris. Springing from Bob’s Apple Tree studio in an Oxfordshire orchard, the sessions will come to life on Black Deer’s SupaJam Stage.

To accompany the music, there’s lots of smokehouse specials on the menu and deep-south style barbecues. Grillstock festival founders will be bringing their cooking demos and competitions. If it’s all sounding a bit meaty, don’t worry, there’s vegan and veggie options so no one needs go hungry. JUST ADDED: The Shires, Alabama 3 acoustic, The Magic Numbers, Stephen Spender, local act The Breretons. Black Deer

Also Festival was founded by Salon London, and offers a perfect balance of music, food, ideas and workshops while encouraging you to just enjoy nature – this year’s theme is Out of the Woods. It’s set in Warwickshire in 50 acres of landscape, and over the three days you are encouraged to ‘learn, explore, swim and relax’. Perfect!

On the learning side, the engaging tech supremo Jamie Bartlett will lead an exploration of how to get a realistic relationship with technology and WIRED editor Victoria Turk debates the thorny issue of good online manners. Food plays a big part at Also –  Sophie Taverner, head chef at the Taller de Tapas, will host a Balearic Brunch. Or you could try a Gospel Brunch with London International Gospel Choir. Kids have lots going on, such as a DJ masterclass.  Also Festival

Timber is tucked away at Feanedock, a 70-acre woodland site in the National Forest – the first forest to be created in England for over 1000 years. The festival made its debut last year, and won Best New Festival at the UK Festival Awards. Gwenno, Hannah Peel, Stealing Sheep, You Tell Me, Jesca Hoop and guest curator Elizabeth Alker from BBC Radio 3 and 6Music will all be appearing.

Conversations and debates play a big part: speakers include keen rambler, writer and broadcaster Stuart Maconie who will be talking about his book The Long Road From Jarrow. Debates will include a panel discussion on re-wilding – the controversial conservation model. Perfectly Edible, a community organisation based in Leicester, will be cooking up a storm, creating a Binner Party – a tasty two course meal made from food that would have otherwise have been sent to landfill. Timber festival

July 20, 1969. That’s the date man first landed on the Moon, as part of the Apollo 11 lunar mission. Fifty years on, to the day, you could be celebrating at Bluedot festival, where science, space and music collide at the Jodrell Bank Observatory. Now into its fourth year, headline artists to perform against the backdrop of the famed Lovell telescope are Kraftwerk, Jon Hopkins, New Order and Hot Chip. Also appearing are 808 State, Sons of Kemet, Working Men’s Club, Kate Tempest, Anna Calvi and She Drew the Gun. For the second year, the festival makes a Thursday start with Manchester’s Hallé Orchestra, this year presenting Lift Off.

The space and science side is as tempting as the music: first British astronaut Helen Sharman is set to give a talk, Associate Director Jim O’Brien will as usual make his entertaining and informative daily addresses, and Liz Bonnin will talk about ‘The problem with plastics’. For kids, there is a wealth of fun and educational stuff to keep them busy. Bluedot festival. Thursday requires an additional ticket. Look out for Microdot too – Bluedot’s ‘taster day’ in Manchester, a family-friendly free day of festival fun, June 15. 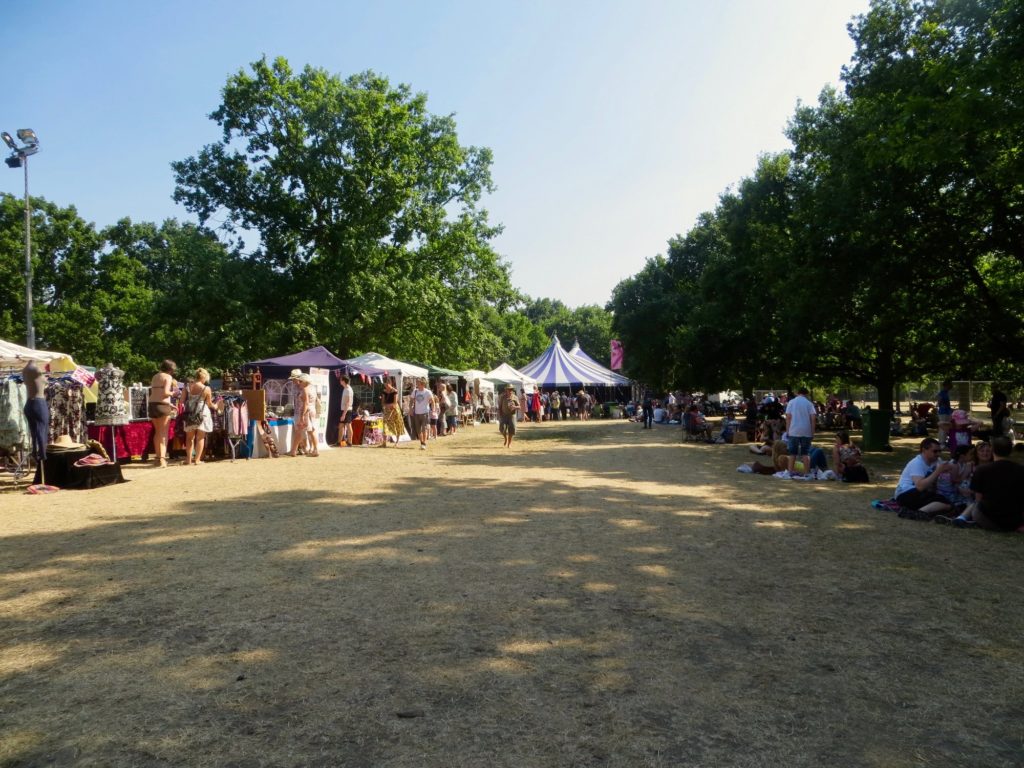 There are two stages (one is a huge tent), plus a small one in the bar area, plus you’ll find plenty of food vendors, clothes, jewellery and plant stalls. Oh, and lots of super clean loos. If you buy your tickets online you will be able to get your wristband for no more than a tenner for the weekend. Ealing Festivals

This gentle and small family festival manages to pack a punch over its four days. It has a brilliant role-call of artists this year, featuring Americana, country, and some vintage names to please parents and grandparents alike. A big draw, for me, is the presence of Lucinda Williams who will grace the stage on Sunday.

Music, art and sculpture are the defining themes of this cool event situated in the woods of Houghton Hall, and curated by Craig Richards. Just a few names from the huge lineup: Midland, Magda, Appleblim, Psychmagik, Floating Points, Hamid, Truth and Lies, Helena Hauff and Biosphere (live).

Houghton is a niche events that has needed little advertising and quickly sold out both years so far, such is the calibre of its lineup and vision. The festival also has sculpture and art installations dotted around the forest. Head to Houghton here

Only 15 minutes from Stockport is this little festival down on the (eco) farm at Etherow Country Park. Moovin is a dance lovers feast with a great balance of big names both past and present, mixed up with some fresh local talent. The lineup is huge: Soul II Soul, 2 many DJs, Stanton Warriors, Transglobal Underground, Lee Scratch Perry, Krafty Kuts, Horsemeat Disco, Morcheeba, plus much more. Moovin started five years ago in a cow barn and it’s still a small, intimate, fiercely independent event in a beautiful rural setting with a canopy of trees and a lake – we understand the cows won’t be there for the festival though.

There’s a touch of extra magic at Moovin with all manner of acrobats, painters, sculptors, poets, wizards, yoga instructors..  there are still a few places open to inspired performers, so if that’s you, check out the website now. Moovin

Although Victorious is a city event, there is a campsite nearby which can be included with your ticket, otherwise there are plenty of other options of places to bed down, including Uni accommodation, check out the website. Victorious.