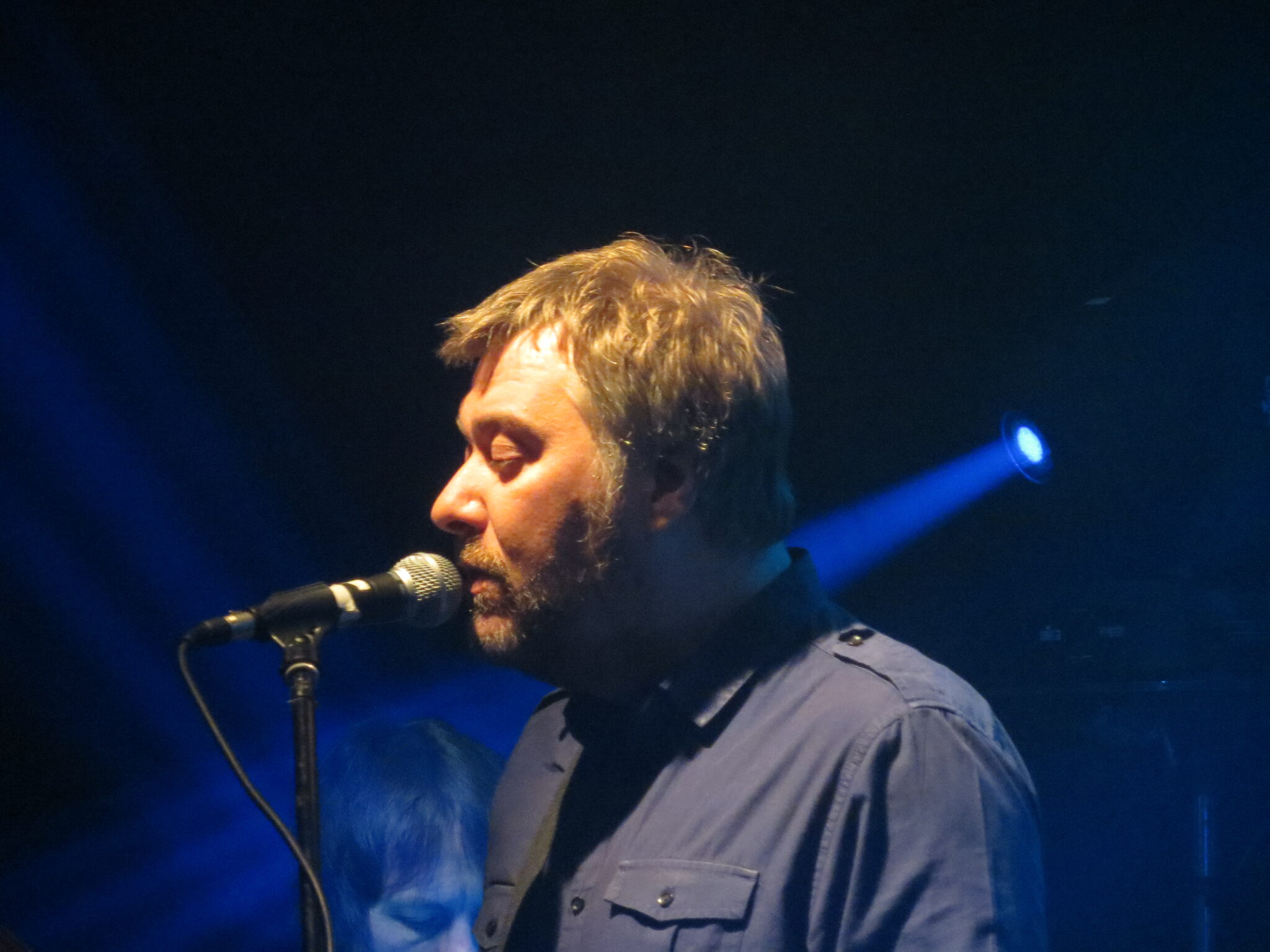 REPOSTING FROM 2015! Heavenly Records are celebrating their 25th anniversary by taking over the Trades Club for the weekend with a packed programme of shows. In order to cram it all in, they’re adding matinee performances as well as the usual evening ones. It feels slightly odd and indulgent to leave the snow, busy shops and cafes of Hebden Bridge at lunchtime and enter the blacked-out Trades venue for a gig and a few drinks. The Heavenly weekender is giving the Trades a celebratory buzz, the place seems to be permanently packed, and the stage looks particularly fetching with a sparkly Heavenly banner. 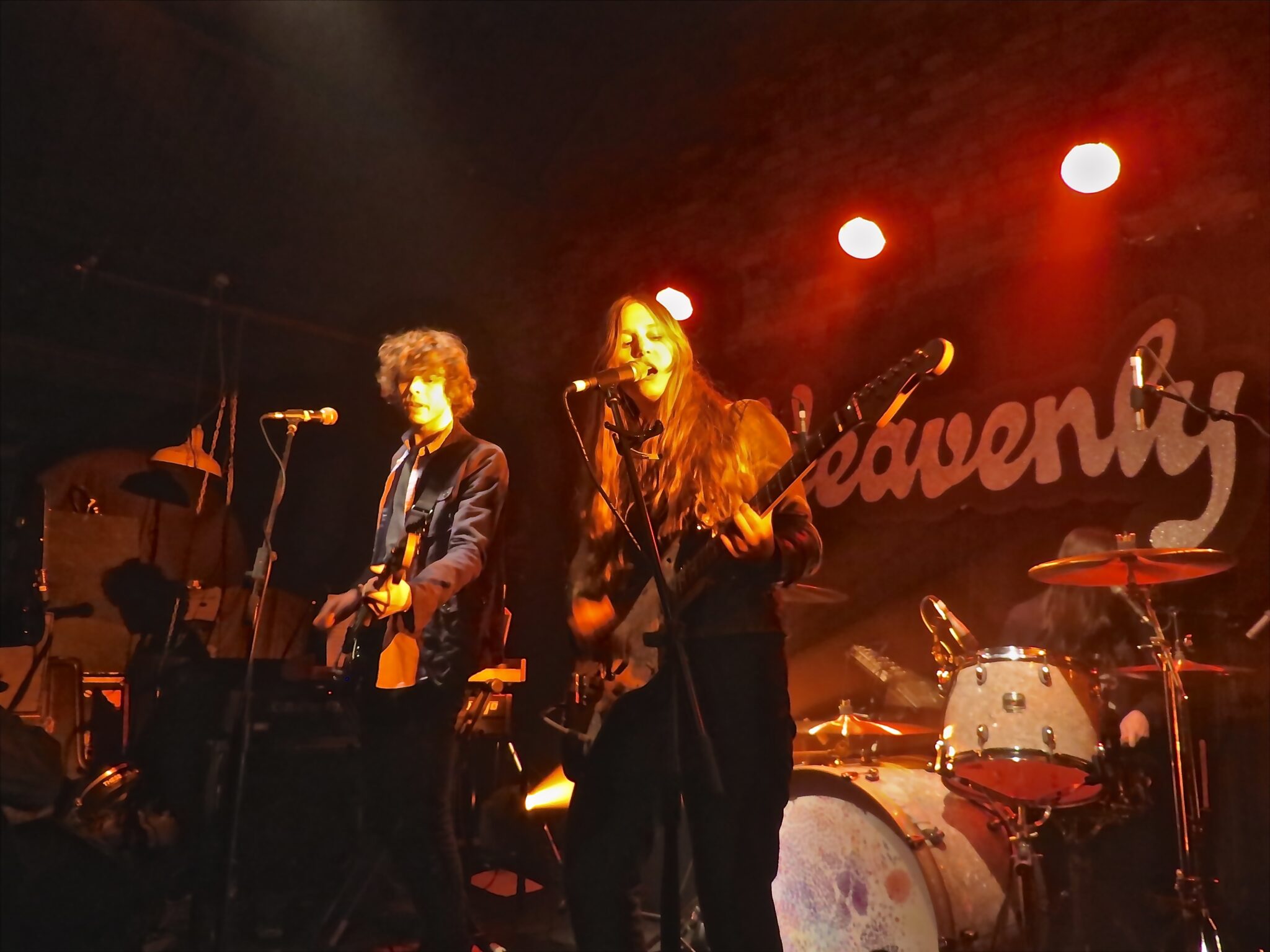 The support is Kid Wave, Heavenly’s latest signing, a young act with a breezy summer vibe. Front woman Lea, and drummer Serra both indulge in much hair swishing, as well as producing languid vocals set against breezy guitar riffs, at times reminiscent of early Pretenders. Give All I Want and Gloom a listen. 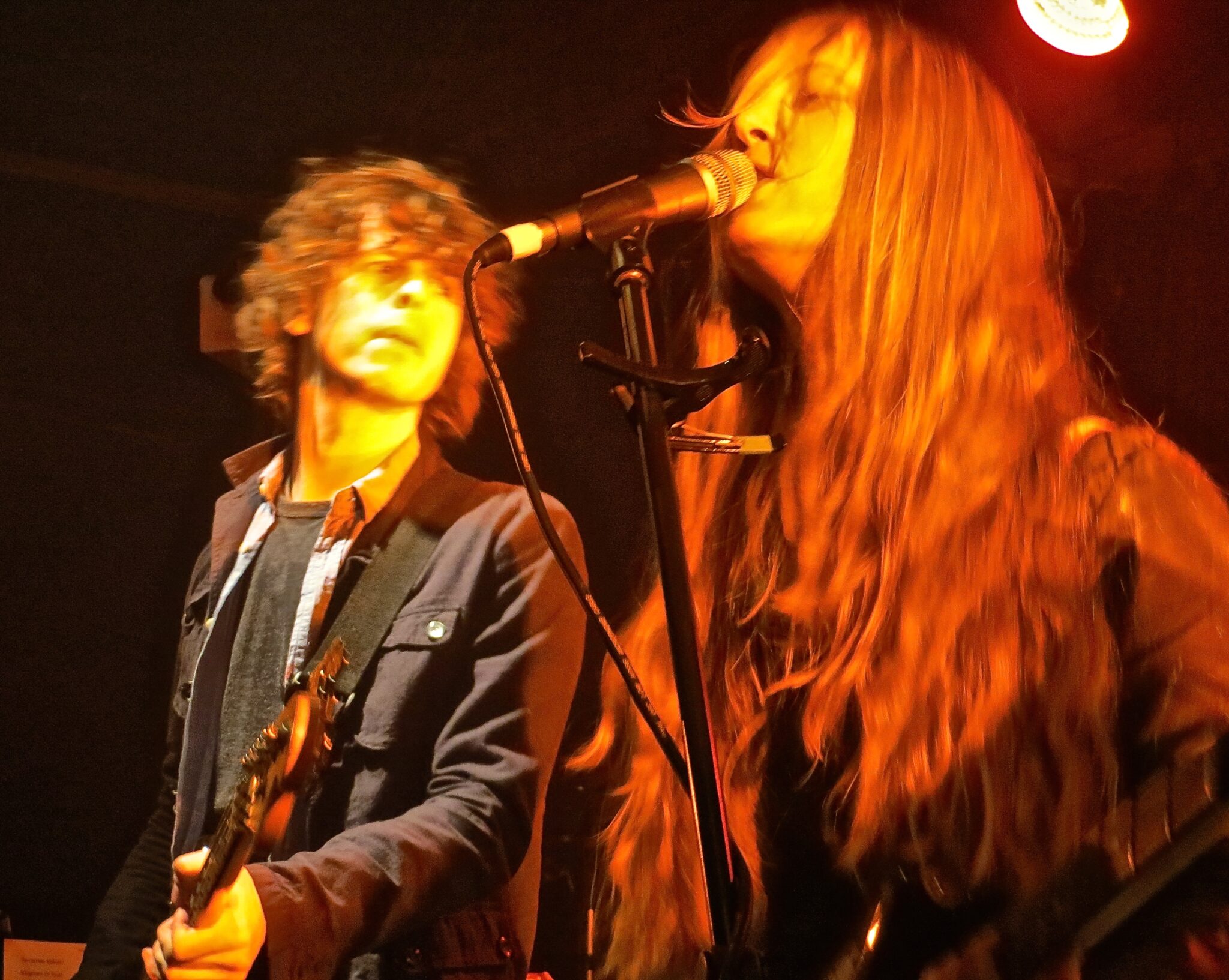 Jimi Goodwin naturally inspires a lot of love. He radiates ‘nice guy’ vibes – even when a few incidents test his affable nature. Maybe he’s feeling slightly under the weather as he asks for water, followed by a ”petulant Z-list rock star” request for tea with honey before he takes a few hits of throat spray. There’s no evidence of anything being amiss though, his distinctive vocals sound as usual, melancholic and soulful

The set concentrates on Odludek, his debut solo album released last year, with a peppering of earlier Doves numbers. To open, Terracotta Warrior announces itself with its jarring foghorn notes. This is followed by the 2009 classic, Kingdom of Rust, with the keyboard featuring more prominently, giving the song a different feel. 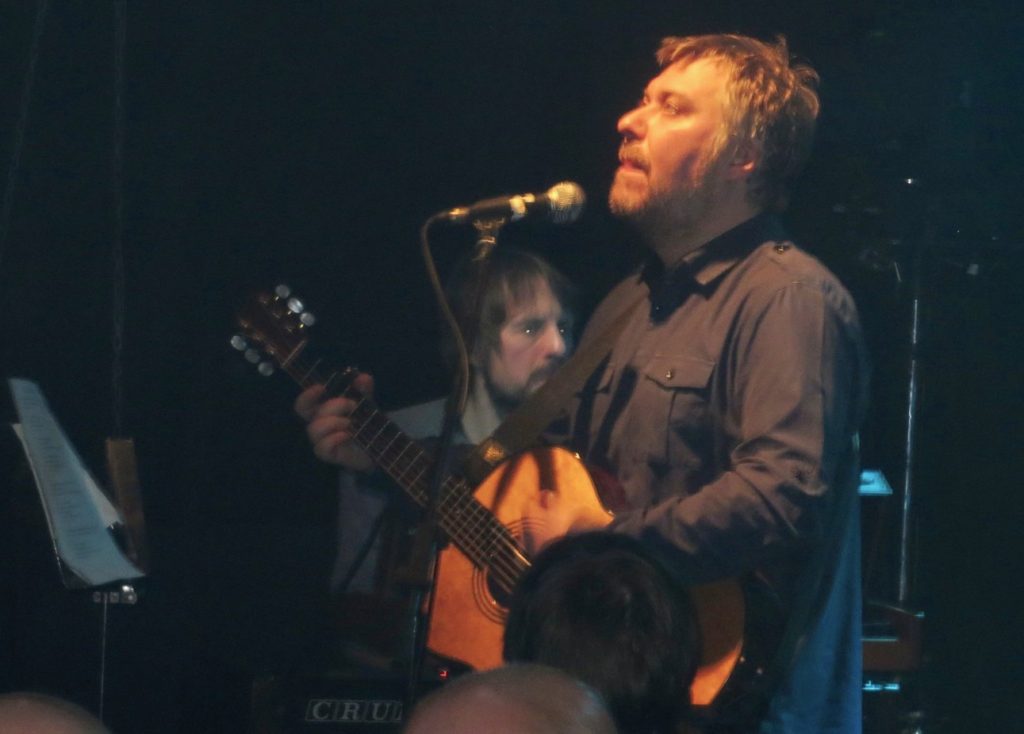 A few technical problems arise with faulty leads, giving Jimi time to engage in some banter with the good-natured Trades crowd. Live Like a River which on record I’ve passed over (vocals drowned by harsh keyboard) suddenly makes sense when it’s played live. The band unleash their full power for Man Vs Dingo, the hardest-edged of Odludek’s numbers with a swagger that is somewhat reminiscent of The Stranglers. It was a pleasure to hear The Last Broadcast again, Jimi delivers a powered-up version, rather than the gentle treatment he gave it at Festival No 6 last summer.

The set closes with Lonely At The Drop – this song encapsulates the magic of a Jimi Goodwin number, a dreamy, evocative landscape overlaid with those plaintive somewhat doom-laden vocals.

WHO: Jimi Goodwin, Kid Wave
WHEN: 24 January 2015
WHERE: The Trades Club, Hebden Bridge