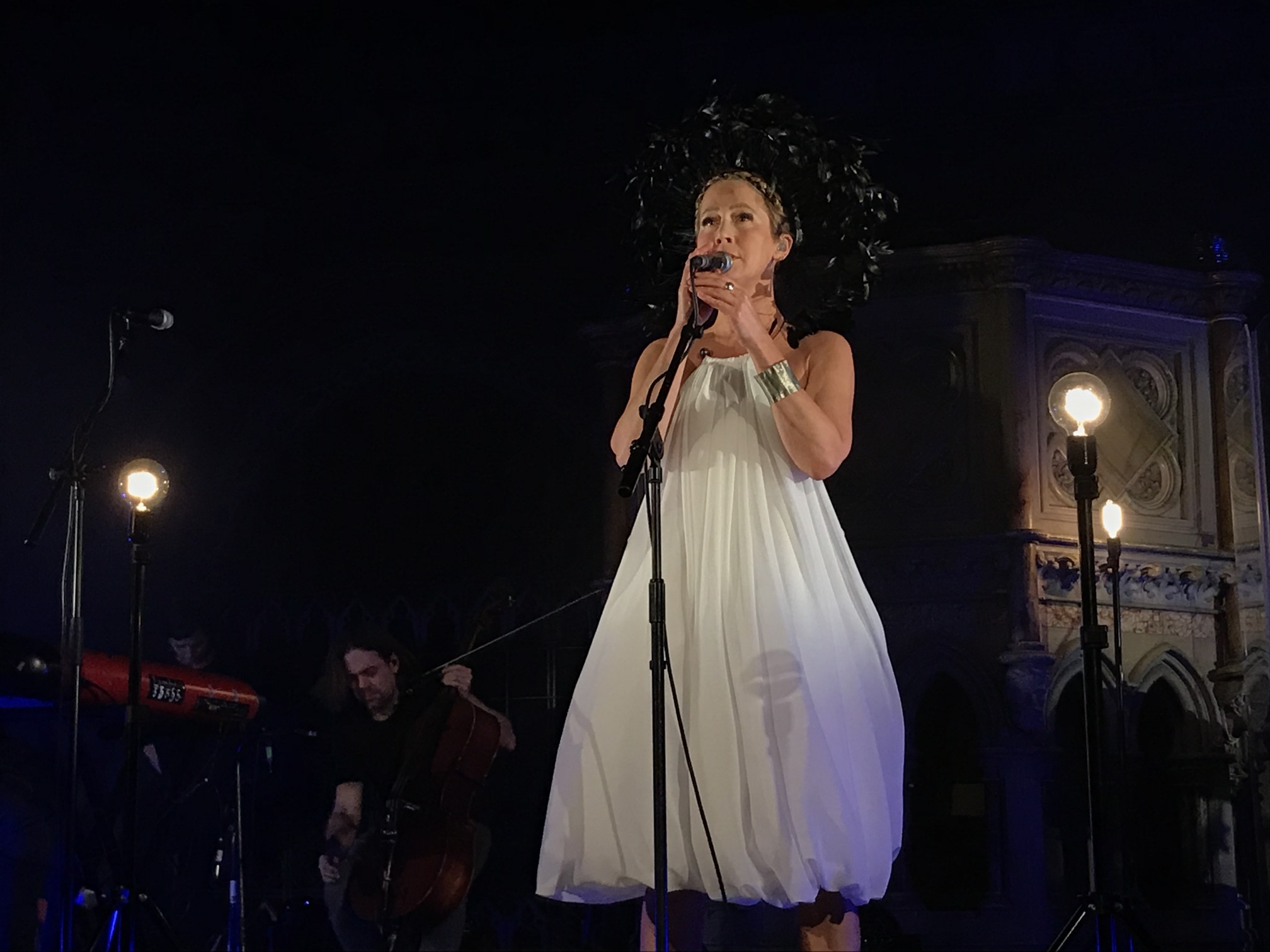 This was Lamb’s first seated gig, so they tell us. Good going for the duo who have been in existence since 1996. They did, however, exhort us to get up on our feet for a dancey number after which no one seemed much inclined to sit down again.

The duo released a new album this year, The Secret of Letting Go – which sees them out on the road again – hence a gig at Union Chapel in Islington, a venue they have been lusting after playing for an age. 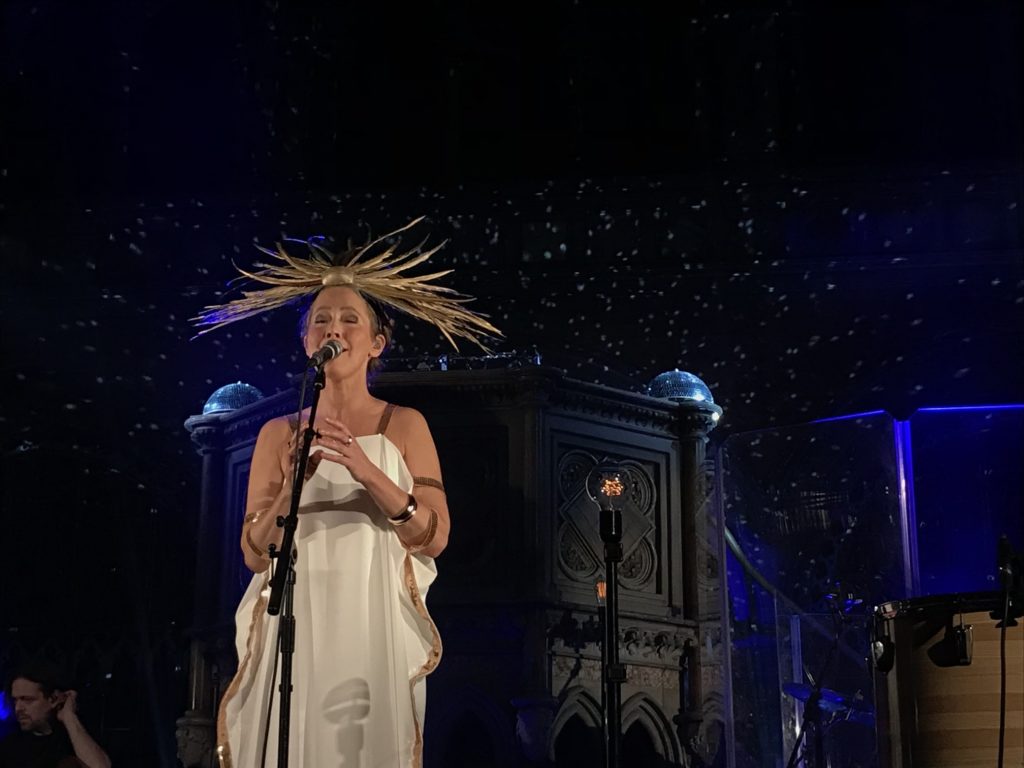 They may have been awed by its presence but they managed to do the place justice. Union Chapel is a fabulous venue for those of us who like to get up close to the stage action (and don’t like talkers) but it can at times overwhelm the artists on stage, making them look lost and awkward. Lamb got the elements just right – warm filament lights on stands like torches and clever purple backlighting illuminating the high arches of the church; it all conspired to create a strange effect as if they were playing at an outdoor amphitheatre. Then there were Lou Rhodes’ sculptural dresses and headdresses which increased the sense of drama. 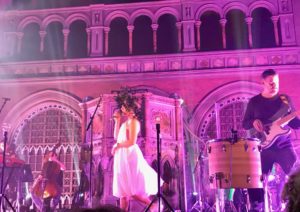 The set began with Phosphorus, the atmospheric and statuesque opener from the new album. Armageddon Waits next up is very much Lamb territory – a dramatic number, and with almost James Bond-style overtones. We Fall in Love brought in some older material – as the song gathered pace and hit the reverb and the drumming worked its percussive magic it was difficult for some of us to stay in our seats. Lou’s voice continues to be mesmerising, warm and soothing yet capable of bringing in that jagged and icy edge when needed. There is a clarity to her enunciation which meant the lyrics were crystal clear and the sound at Union Chapel did justice to the musicians’ expansive sound. Aside from Lou, Andy Barker was animated and always smiling, masterminding things from behind mission control. Jon Thorne stays low-key but delivers the all-important bass lines with precision – there’s also the atmospheric trumpet playing of Kevin Davey on Armageddon Waits, Deep Delirium and other tracks. 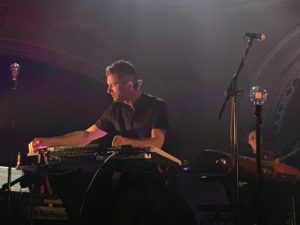 It was Bulletproof that we all rose to dance to – it’s the most ‘trip-hoppy’ number – that urgent clash of jazz and electronica that the band were most revered for when they first erupted onto the music scene. Played live it sounds softer than on the recorded version. After it’s over we stayed standing and Andy has to encourage us to sit down again.

For the encore, the band treated us to a few older numbers. Lou returned in a white Grecian-style dress and plumed headdress. The duo aren’t the sort of precious types to deny a crowd their biggest number (I can think of a few who do) so they played Gorecki and it sounded as always, shiveringly beautiful, a moment of stillness and purity that Lamb do so well. I came away from the Union Chapel utterly elated and emotional from what was one of the best gigs I’ve seen this year. Please don’t miss seeing Lamb live if you can. 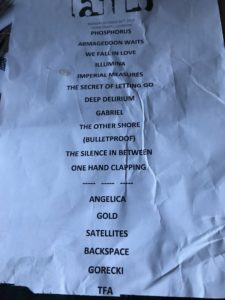